Liverpool’s season will explode into life with Champions League progress

We expected some big European nights at Anfield this season, just not this soon.

Just months after the thrill of victories over Manchester City and Roma in the Champions League, Liverpool need to do it again and it is only December.

At their famous old stadium, the Christmas lights are up in the huge windows of the redeveloped Main Stand. In the Premier League, meanwhile, Liverpool are top of the tree.

But Tuesday night’s game against the Italian dare-devils of Napoli feels definitive and its implications feel as though they will stretch beyond the boundaries of European competition.

Win by the correct score and Liverpool will head into Sunday’s domestic game with Manchester United feeling like their season has exploded in to life.

Fail and not only will Jurgen Klopp and his players face the embarrassment of an early exit from a competition that gave them so much last season, they will also be thrown into the mish-mash of irrelevance and inconvenience that is the Europa League.

To put it bluntly, Thursday night football next spring could ruin Liverpool’s tilt at the Premier League title. The Thursday- Sunday-Thursday game cycle helps nobody. 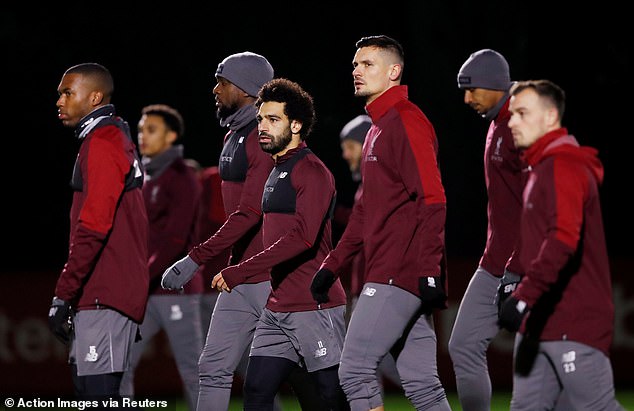 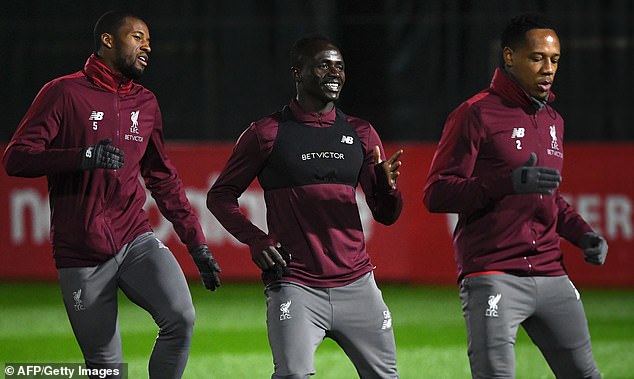 So when Klopp tried to present European and domestic football as two separate concepts ahead of the game, it was hard to buy the logic.

‘This is a different competition,’ said Klopp. ‘If we are not a Champions League club in February it will not be for one second an excuse for anything else.

‘If we play Europa League or not even that – which is possible – then that is all it means. We do not need to make this game any bigger than it is, but it is big.

A group that looked to have a health warning written on it as soon as it was drawn has grown ever harder for Liverpool on the back of poor away form.

Unbeaten in the league, Liverpool have nevertheless lost three times away in Europe to be thrown into Tuesday night’s winner-takes-all fixture.

The good news is that – barring injury to defender Joe Gomez – everything has gone right for Liverpool since they lost at Paris Saint-Germain two weeks ago. 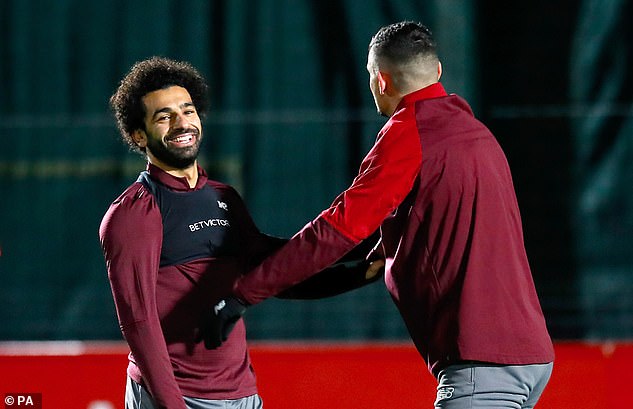 8 – Goals Mohamed Salah has scored for Liverpool in his eight Champions League games at home. Only Steven Gerrard, with 14, has scored more at Anfield in the competition

A last-minute winner against Everton has been followed by away wins at Burnley and Bournemouth, the latter featuring passages of the majestic form of last season.

The bad news is that Napoli are a good side and manager Carlo Ancelotti is never short of motivation against Liverpool.

The great Italian coach was manager of Milan when Liverpool shocked them in Istanbul in 2005 and again when revenge was taken in the 2007 Athens final.

He also won at Anfield as Chelsea all but wrapped up the Premier League title in May 2010 and again with Real Madrid four years later, this time by a 3-0 scoreline.

So Ancelotti knows his way round this stadium and brings with him a team who know they have a great chance if they score.

Napoli have failed to score in just three games this season, so Klopp will hope Dejan Lovren has recovered from concussion to partner Virgil van Dijk. If not, Joel Matip, the weakest of their four central defenders, will have to play. 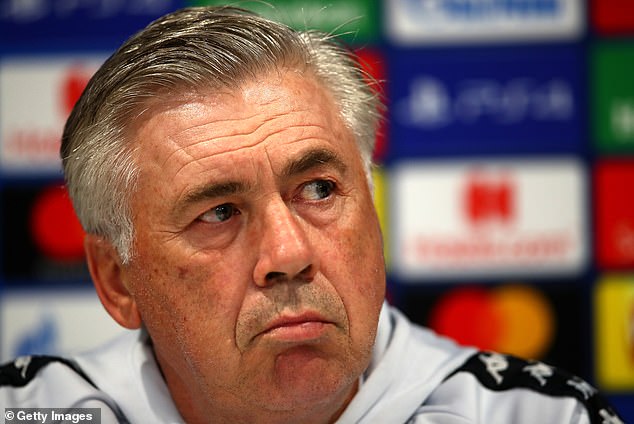 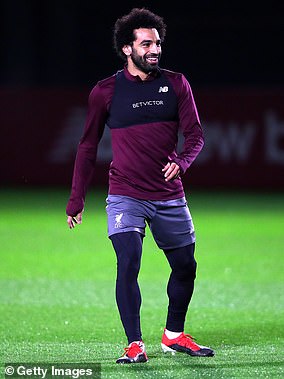 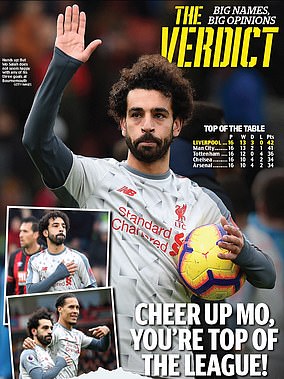 Salah was glum despite his Saturday hat-trick, but smiled in training on Monday

‘It is a mix of being really lively, and making an emotional game of it, and on the other side being really closed at the back.

‘We all know about the strength of Napoli on the counter-attack. They were already really strong last year and they have adapted really well to the little changes that Ancelotti made.

‘They are a really good side but we are as well.

‘We struggled a lot when we lost in Napoli with their build-up. This time they should have to work very hard for any chance.’ 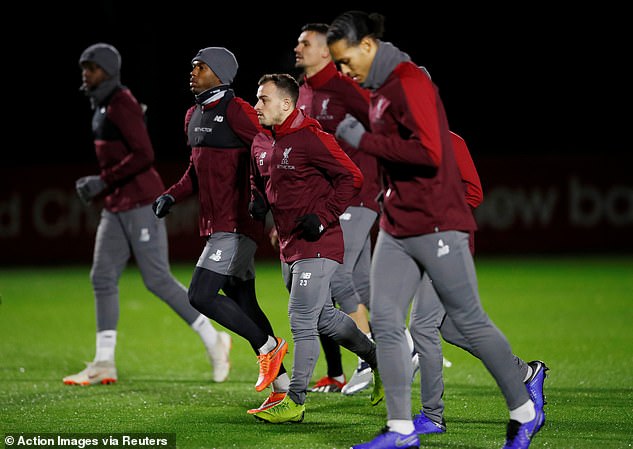 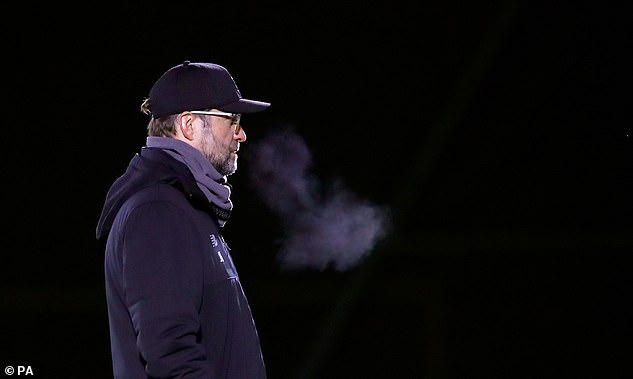 Klopp referenced the Anfield atmosphere as he spoke and it may help. But Napoli have already drawn at PSG this season, scoring two goals as they did so.

Liverpool have defended modestly in the competition so far – conceding seven goals – and for once it feels as though a steady hand rather than the adrenaline-fuelled cavalry charge of a classic Anfield night will be of greater use.

It feels inconceivable that Liverpool will not score. They always score.

But if they do not bring organisation and surety to the occasion then a run of difficult Thursdays will await and suddenly their season will look very different indeed.