With his tricksy footwork on Tuesday night, earning Liverpool a place in the Champions League final, Trent Alexander-Arnold became an instant hero.

However, after stepping into football’s history books, Alexander-Arnold, 20, was brought firmly back down to earth with a thump after he was teased about his plush footballer’s pad on Twitter.

During last night’s second Champions League thriller between Tottenham Hotspur and Ajax, Alexander-Arnold posted a photo of himself watching the match at home to his 1.7 million social media followers – but a slew of catty comments about his decor choices came thick and fast.

Poor finishing? Trent Alexander-Arnold, who wrote himself into football’s history books on Tuesday night with his corner that helped Liverpool into the Champion’s League Final, was ridiculed after he posted this photo of his swish pad to his 1.7million social media fans 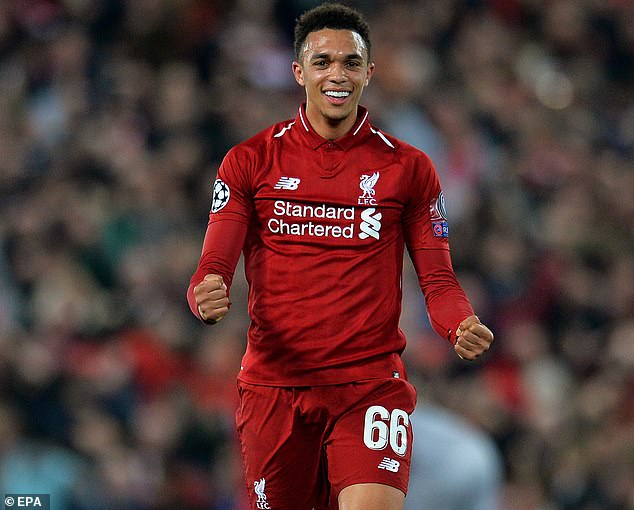 The young footballer, 20, shattered Barcelona’s dreams after he flicked in the surprise corner that sank the Spanish club and put Liverpool in the Champions League Final on June 1st

Pictured lounging on a very large dove-grey sofa watching a large flat-screen television, the young footballer captioned the image ‘ready for anyone’ posting before Tottenham’s victory in the dying moments of extra time were sealed.

The enormous velour corner sofa was empty aside from the young star, although he was surrounded by around a dozen cushions. A shiny stainless steel unit and matching coffee table, over-sized lamp and giant noughts and crosses game were also in view.

@Dalelfc89 wrote: ‘Get the big light off mate create some ambiance.’

@bazscott81 felt the same, writing: ‘I can put you some mood lighting in there @trentaa98 its too bright to watch footy.’

@Daves1973lfc threw in: ‘The whole squad could watch the match on that couch’.

Looking at the bare grey walls, @philcryer added: ‘Need a picture or something on that wall mate.’ 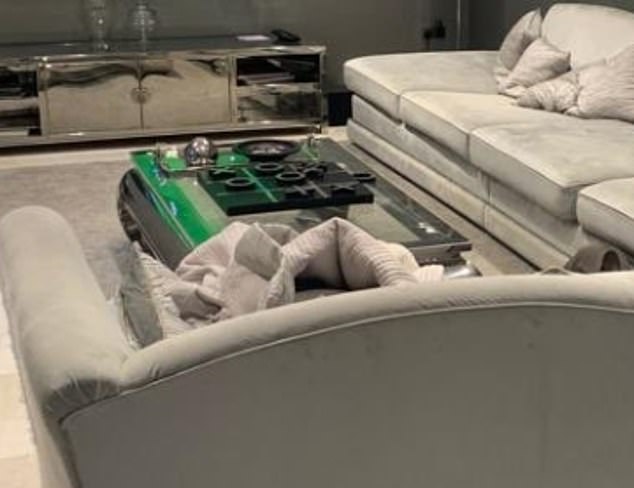 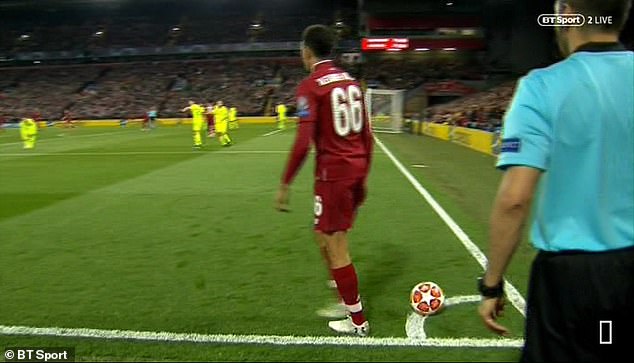 The biggest night of his career, Alexander-Arnold during the match at Anfield against Barcelona, in which, in the games dying minutes, he walked away from taking the set-piece before striking the ball and seeing his team-mate Origi score the winning goal

@blainder971 chimed in: ‘How can you be so rich and have such poor taste?’

Not that the 20-year-old is likely to be too upset after the biggest night of his football career.

A moment of quick-thinking and ‘pure intelligence’ from Trent Alexander-Arnold helped Liverpool pull off one of the Champions League’s greatest comebacks on a magical night at Anfield on Tuesday.

The English right back began to walk away from taking the set-piece to allow Xherdan Shaqiri to whip one in.

But in a flash of brilliance, Alexander-Arnold quickly turned back to take the corner and found an unmarked Origi in the centre of the box who then managed to score Liverpool’s fourth goal to send them into the Champions League final.