Every Liverpool fan has a story about the final in Istanbul, and on the 13th anniversary of that miraculous triumph Sadio Mane is eager to share one of his own.

In 2005, Mane lived in Banbali, a village in southern Senegal. He was 13, a Barcelona supporter who idolised Ronaldinho, but his best friend Youssouph Diatta was a Liverpool fanatic and the pair stood side by side to watch the clash in Turkey.

As AC Milan ripped Liverpool to shreds, Youssouph had the same idea as many fans inside the Ataturk Stadium. At half-time, with his team trailing 3-0, he, according to Mane, ‘stopped watching until the end and ran like crazy to get away’.

When he returned to find Mane a few hours later, he could not comprehend what had happened.

‘Three-nil down, then 3-3 and penalties,’ says Mane, with one of those infectious smiles. ‘This is a big memory for me. He came back at the end and he could not believe it… even to this day, he cannot believe it! Liverpool had won!

‘I spoke to Youssouph this week. He is still in Senegal. He said me to, “This time do not be 3-0 down!” Nobody in the village will work (on Saturday).’ 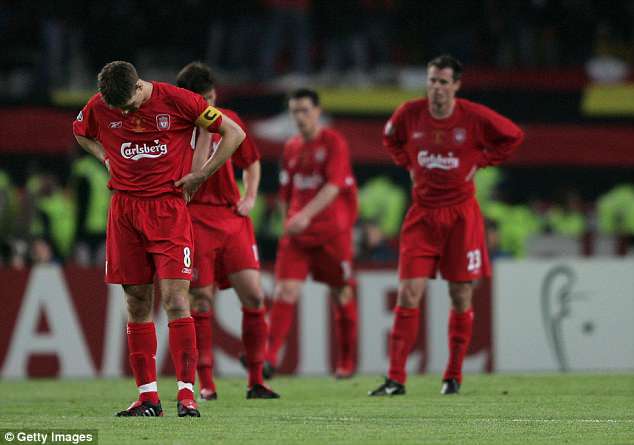 Mane said his mate, who was a Liverpool fan, stopped watching after they went three-nil down 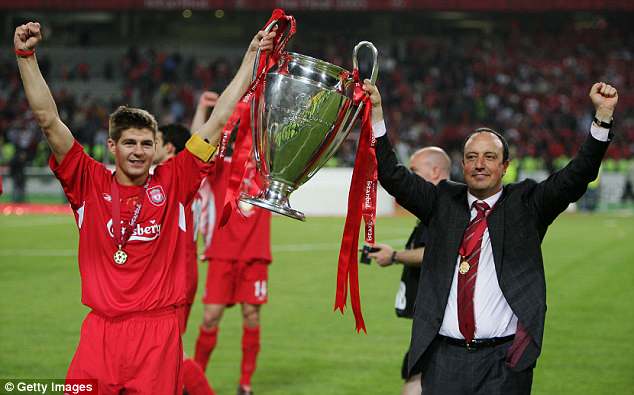 Nobody will be working but no loyalties will be split in Banbali as Mane, who is an icon in his native land, explains: ‘If you’d said I would play in the final, I’d say that is something incredible in my life.

‘Hopefully we are going to win. My family still live in the village — my mum and my uncle.

‘They are all going to be watching. There are 2,000 people in the village. I bought 300 Liverpool jerseys to send to them, so the fans can wear them to watch the final. I will be going back in the summer after the World Cup and — hopefully — I will be showing everyone a winner’s medal.’ 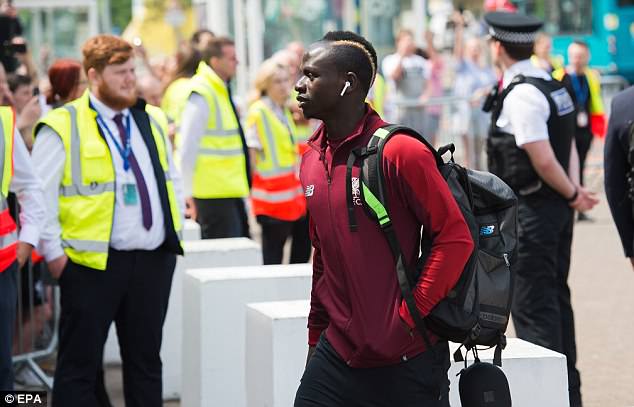 If that is to be the case, Mane, along with Mohamed Salah and Roberto Firmino, will have to maintain the electric form they have shown so far in the Champions League.

Mane has not looked back since a hat-trick in the 5-0 win over Porto in February, the night he started to believe Liverpool could lift the trophy.

Liverpool’s front three are as formidable as Real Madrid’s Cristiano Ronaldo, Gareth Bale and Karim Benzema, but Mane says: ‘You can write that. I didn’t say it! 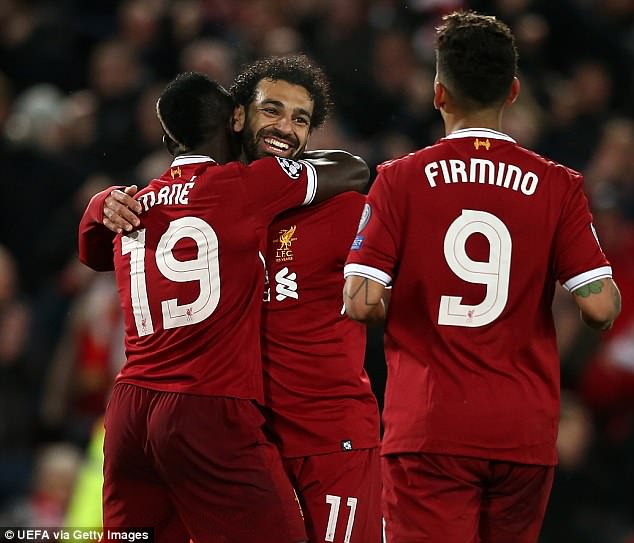 He believes him, Mo Salah and Roberto Firmino – are as formidable as Real Madrid’s front three

‘We are happy that people say we’re at this level. Thank you for the compliment. It is something we have been working hard on.’

The hard work will continue on Friday and Saturday. Liverpool arrived in Kiev on Thursday evening knowing they will not lack support, but the underdogs, Mane appreciates, will not be universally popular if they overcome the Champions League’s pre-eminent team.

‘I cannot say most of the world will support us, because Real Madrid fans will say otherwise,’ says Mane.

‘Maybe everyone who is not for Real Madrid — and Everton, Manchester United and Manchester City fans! But I think everyone else would like to see Liverpool win the trophy. It would be good for football.’ 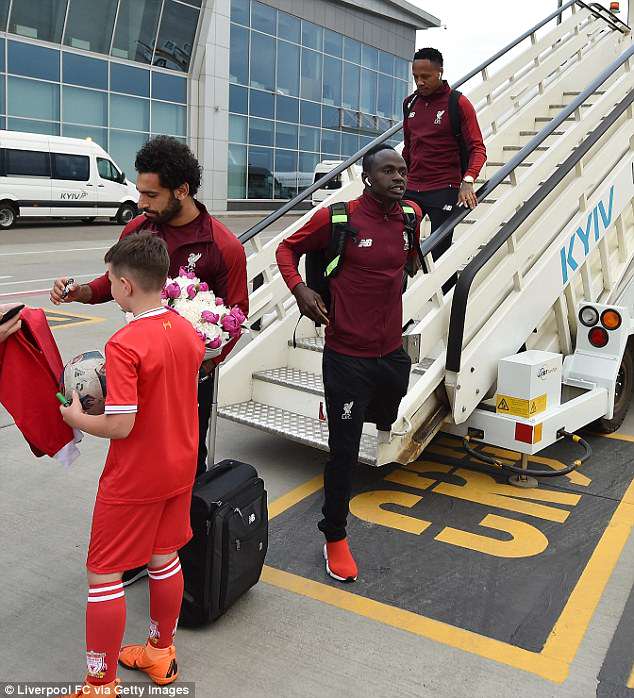