The nephew of actress Elizabeth Hurley has shared a photo of his first steps since he was brutally stabbed two weeks ago.

Miles Hurley, 21, was rushed to hospital after he and a friend were stabbed following a minor road crash in south-west London on March 8.

Mr Hurley shared a picture to Instagram in which he stood in front of a leafy, outdoor backdrop which he captioned ‘first walk in two weeks’.

Elizabeth Hurley’s nephew Miles, 21, was stabbed two weeks ago and has now shared a photo of himself walking for the first time since the attack

The photo shows the model making a recovery from the horrific wounds he suffered in the attack.

Earlier this week, his famous aunt tweeted a graphic picture of the knife wound in his back on Twitter.

In another post, she revealed that the five men who attacked Mr Hurley – who lost four pints of blood from the stabbing – had also tried to stuff him into the boot of their car.

Mr Hurley and his friend, also 21, were driving along Wandsworth Road in a beige Fiat 500 when they were involved in a crash with a black hatchback.

A row broke out and led to a high-speed chase, which ended when both groups got out of the cars and the model and his friend were attacked. 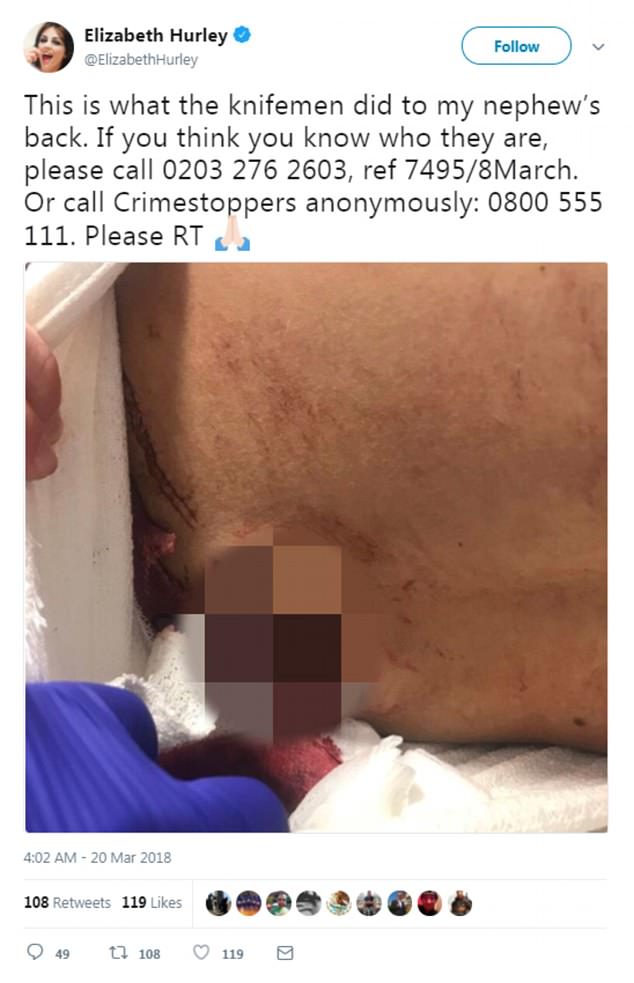 Under the heading ‘Let’s find these vicious knifemen and make our streets safer’ Hurley wrote on Twitter: ‘The victims drove to Ascalon Road, and got out of their car.

‘The suspects also stopped, got out of their vehicle, attempted and failed to abduct my nephew by putting him in the trunk of their car, stabbed them both and drove off.’

Last weekend, she took to Instagram and pledged to help make the capital’s streets safer: ‘We need to make our streets safer and I want to be part of the movement to achieve that. I hope you will join me.’

She added: ‘Thank you to all who sent such kind messages following the news that my nephew was viciously stabbed last week. His wound is shocking, he remains in great pain and he can hardly move, but he is slowly recovering.’

Scotland Yard had previously released a CCTV clip of the black hatchback, which had blacked-out windows.

They said they are trying to trace the vehicle. 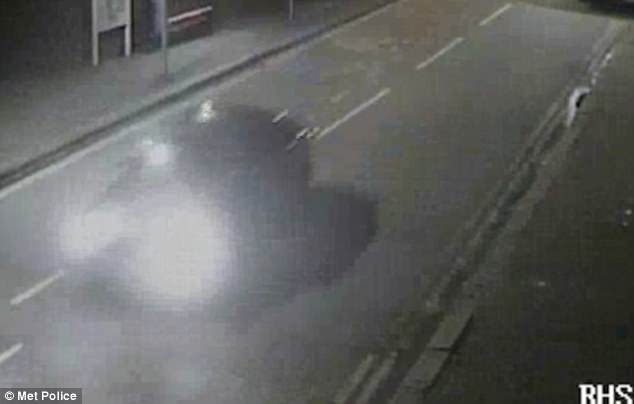 Detectives are appealing for anyone who saw either the beige Fiat 500 or black hatchback on Wandsworth Road and in the Patmore Estate at about 8.45pm on March 8 to contact them.

The driver of the suspects’ car was white or mixed race, aged in his early to mid-20s, 6ft, well-built and with a shaved head and stubble. He was wearing a navy blue tracksuit.

His passengers were all young black men, police said.

Detective Constable Simon Monga said: ‘This was a violent and unnecessary attack. A minor traffic collision has resulted in two men being stabbed. It is only by sheer luck that their injuries are not more serious.

‘If you have any information about the stabbing and the identity of the suspects, please call police without delay. It is vitally important that we trace these people.’ 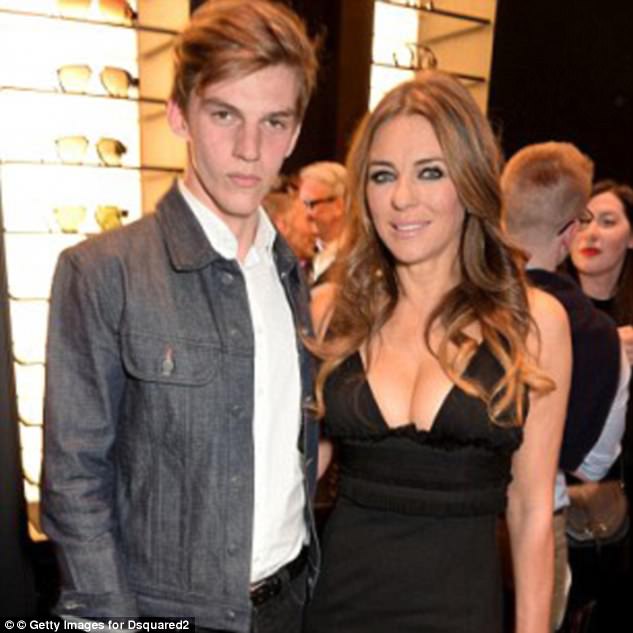 Mr Hurley, pictured with his famous aunt, was attacked alongside his friend after a minor car crash in south-west London