…or may I call you Jennifer?

I’m sorry I’ve not been in touch since we did a cover shoot together in, ooh, when was it, 1999? I still have the signed Polaroid you gave me and, at a time when mud is being slung at the likes of SJP, I can only confirm you were as sweet off screen as on. I’ve just read the rather upsetting press release issued by your publicist, Stephen Huvane.

So, at least you two are still together – Huvane terrified the bejesus out of me during our cover story negotiations – but I’m saddened to hear you’ve separated from your husband, Justin Theroux, after just two years but, then again, I suppose Hollywood actress years are like dog years, so in fact you lasted a very respectable 14.

You’ve been on my mind a lot over the past few months. Now that Friends is available on Netflix, I’ve been self-medicating the side effects of my own relationship ups and downs by re-watching every episode.

It has reminded me just how funny and beautiful you were. Still are.

When Friends ended back in 2004 it was just like a divorce, as if I’d been ditched by the most handsome, sexy, helpful-in-the-kitchen millionaire who ever lived.

You made us happy, so we wanted you to be happy, too. It probably seems at the moment that is never going to happen.

There was the ignominy of being usurped in Brad Pitt’s affections by a woman who can crush walnuts with her eyelashes.

And I’m afraid I also have to disabuse you of one thing. You say of the separation from Theroux, ‘we look forward to continuing our cherished friendship’. Ain’t never gonna happen. He won’t be there for you (singing).

I parted on good terms with my husband: we’d meet for dinner occasionally, and he once came to stay with me in the country. I even donated £5 towards his goal of self-publishing his second novel.

But once you’re not married, there’s no glue, no reason to put up with the faults that got on your nerves in the first place. In my experience, men don’t make very good friends: they are either boring (straight) or bitchy (gay).

An ex who I really loved promised he would always be my friend.

The only time I heard from him in the next 20 years was when he’d got wind I’d become an editor, and phoned my PA to ask if I’d blag him a free flight to Jamaica. I remember telling her: ‘Yeah, tell him as long as it’s one way!’

So, forget Justin. Forge your own path. You don’t really need a husband: you can afford to employ people to go up ladders, change bulbs and unstick a sticky drawer. 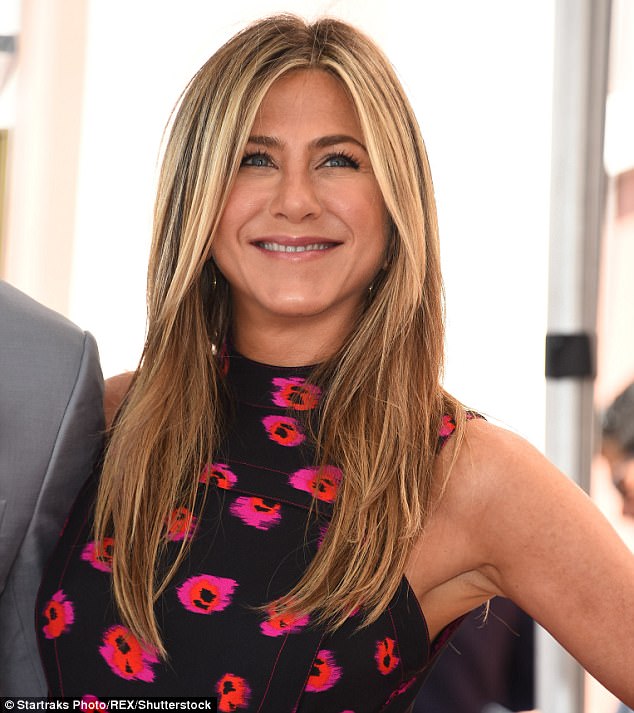 Liz Jones also warned the actress that her and ex-husband Justin wouldn’t remain friends, despite the statement they released

We can’t help but wonder what happened between you, but a factor in my divorce was that men resent us if we’re more fabulous and famous than they are, especially if you’ve made them sign a pre-nup: my husband snuck off to have sex with a work-experience girl with a very low forehead. Maybe Justin grew tired of the endless hounding by the paparazzi, the constant sniping in the gossip columns, or perhaps of the amount of time you spend ironing your hair before being ready to go out.

My one regret about divorcing, like you, in my 40s was that I missed out on having a baby (roughly translated as, ‘You stole my last child-bearing years, you heartless bastard!’)

Kids wouldn’t have made a dodgy marriage last – I’d always assumed I was so bad at staying in relationships because I never got pregnant, but my most recent ex assured me that, on the contrary, once kids arrive men become even more resentful and secretive.

But hurrah! You’re single again! No more coins and receipts just left on the bedside table, no more F1 on the telly, no more hankies in the wash (‘Just use a tissue like a normal person! Do I LOOK like a 1950s housewife!’).

There has been much talk about you getting back with Brad, but I doubt you’ve ever forgiven him, and can you really be bothered to learn all those children’s names? You’re 49! Life’s too short!

With love and singleton solidarity,