Lizzo was spotted in Los Angeles on Wednesday showing off an eye-catching punk rock style.

The famed singer was a showstopper as she arrived at the Greek Theater for an Olivia Rodrigo concert wearing tight black drawstring leather pants which tied at the ankles.

The pop star paired the leather pants with a black tank crop top that was pulled together into a small knot in the front.

Stunning: Lizzo, famed pop singer, was all smiles as she showed up to Olivia Rodrigo concert in LA wearing leather drawstring pants and platform boots

The 34-year-old crooner accessorized the look with rectangular hoop earrings and large gold necklace that balanced with the black clothing pieces.

Lizzo completed the ensemble with a pair of sleek platform boots and a dark gray jean jacket that had small white patterns.

As the paparazzi lights flashed, she donned a slim pair of sunglasses. 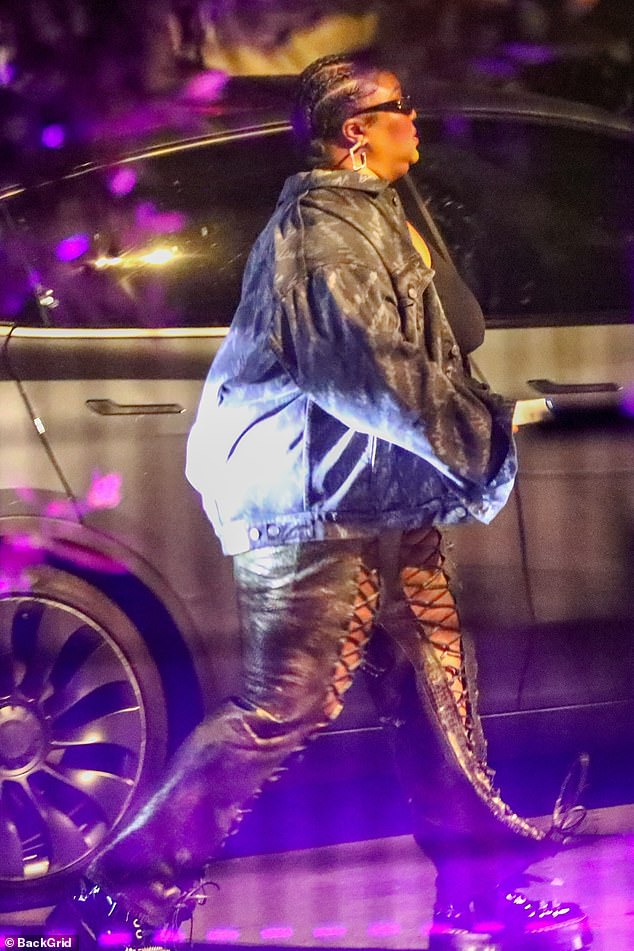 Lights, camera, action: The pop singer strutted with confidence as she got ready to watch the Olivia Rodrigo concert last night

Lizzo has been working on her fourth studio album for around three years which is set to be released to fans mid summer 2022.

The journey to create the full album has been a long one, but her song, ‘About Damn Time,’ was recently released to the public.

A TikTok dance has already been spreading across social media to the singer’s new release. 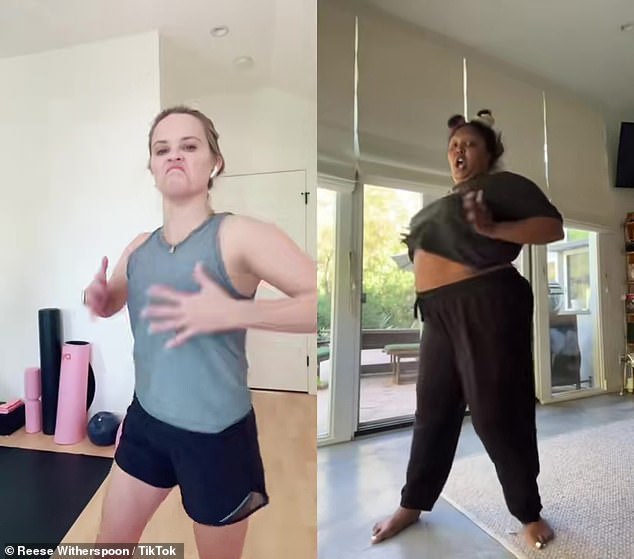 Dancing with the Stars: Actress Reese Witherspoon does a new TikTok dance duet with Lizzo for her new song, ‘About Damn Time’

Rumors about collaborations on Lizzo’s ‘Special,’ album circulated the internet. The talented singer discussed potential collaborations, including stars that she reached out to.

Also this week it was leaned that Lizzo was turned down by Chris Evans.

The 34-year-old pop star had reached out to ‘Avengers: Endgame ‘ actor Chris,40, and asked him to collaborate with her on her upcoming album ‘Special’ after he had posted videos of himself playing piano on social media but he failed to take her seriously.

She said: ‘I literally hit [Chris] up and was like, ‘Play piano on my album’ and he just said, ‘Ha ha.’ It would have been really cool, but unfortunately not this time!’

The multi-Grammy Award winning star – whose real name is Melissa Jefferson – also addressed recent rumours that she would be joined by ‘As It Was’ hitmaker Harry Styles on the upcoming album after she performed with him at Coachella back in April, but brushed them off as Internet gossip.

She said: ‘That is so funny. The Internet going Internet. That’s all I’ll say about that.’

Meanwhile, the ‘Juice’ singer – who is set to release her fourth studio album in July 2022 although little else is known about the project – explained that she wrote the lead single ‘About Damn Time’ mere months ago but felt that she needed to launch it as quickly as possible despite having worked on the rest of the record for over three years. 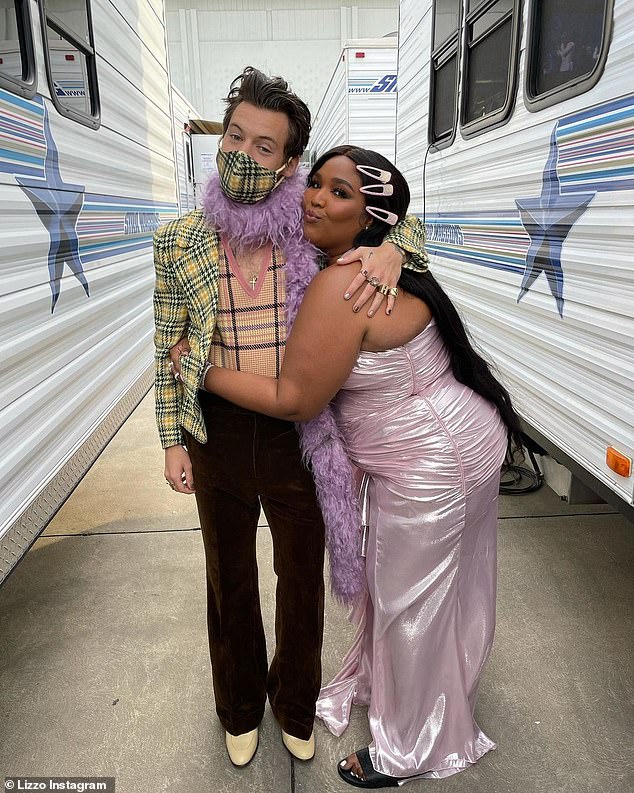 Glamorous Duo: ‘That is so funny. The Internet going Internet. That’s all I’ll say about that,’ singer Lizzo stated on album collaboration rumors