‘We need to improve if we want to beat Ajax’: Fernando Llorente calls upon Tottenham Hotspur to get better following defeat to West Ham United

Fernando Llorente has been all the way to the Champions League final and he knew that what he saw from Tottenham against West Ham was not good enough to get him there again.

‘A tough day for us,’ said Llorente, the veteran Spain international expected to lead the Spurs attack in the first leg of their Champions League semi-final against Ajax.

‘We didn’t play like all the fans deserved. We have to show more because it was a derby and very important going into the Champions League,’ he said. ‘I don’t know why but we played so badly and we need to improve if we want to beat Ajax.’

The Ajax clash is Tottenham’s biggest fixture for 57 years. They have not reached this stage of Europe’s most prestigious competition since the Glory, Glory days, when they were beaten by Benfica.

It has been a remarkable run by Mauricio Pochettino’s team. They were five minutes from elimination when Lucas Moura snatched an equaliser in Barcelona and they swept past Borussia Dortmund before the high drama at Manchester City where Llorente scored the decisive goal with his hip.

‘It was my first one with my hip but for sure the most important goal of my career,’ Llorente said. 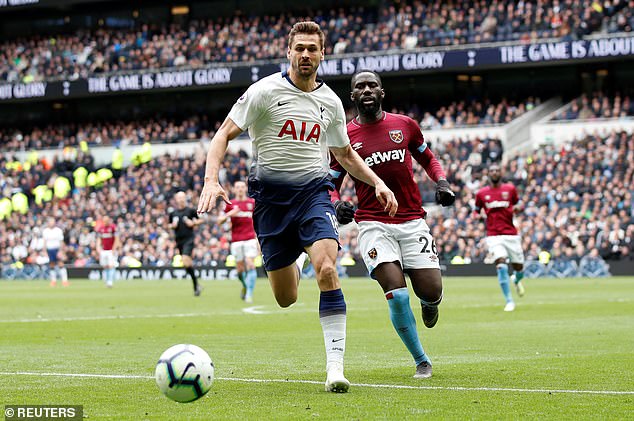 He reached the final with Juventus, losing 3-1 to Barcelona in Berlin in 2015, and did not expect to have such a central role in Tottenham’s bid to reach the showpiece for the first time in their history.

The 34-year-old has started only 19 games in all competitions in two seasons since he signed from Swansea, but Harry Kane is injured and Son Heung-min is suspended for the first leg against Ajax.

‘For me, it is an amazing opportunity to demonstrate I can help the team and I will try to do my best,’ said Llorente. ‘For this, I will fight as if it is the last time.

‘If we play at the level we played against Manchester City we can do something, but if we play like we did against West Ham, for sure not. We need to win and keep a clean sheet.’ 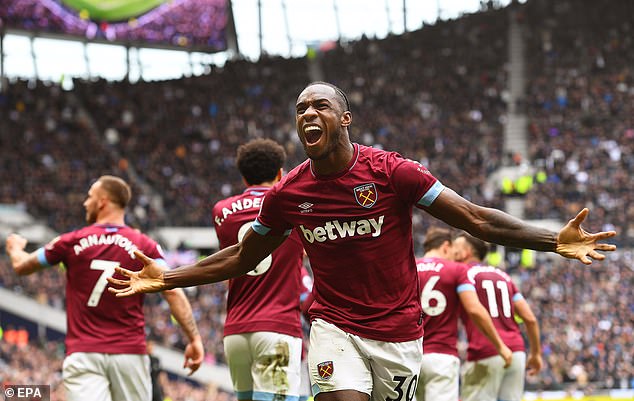 Tottenham have lost six of their last 10 in the Premier League and 17 in all competitions this season, their most defeats in one campaign for a decade.

Top scorers Kane and Son are out. So is influential midfielder Harry Winks. Dele Alli has scored only once since Christmas. It is hard to escape the feeling that Spurs are falling apart under the strain.

Michail Antonio punctured the aura of their new stadium with the only goal of the game, a wonderful finish from a Marko Arnautovic pass.

West Ham captain Mark Noble had fired up his team with a speech about becoming the first to win at Tottenham’s new home. ‘The fans have that in their back pockets for the rest of time,’ Noble said.