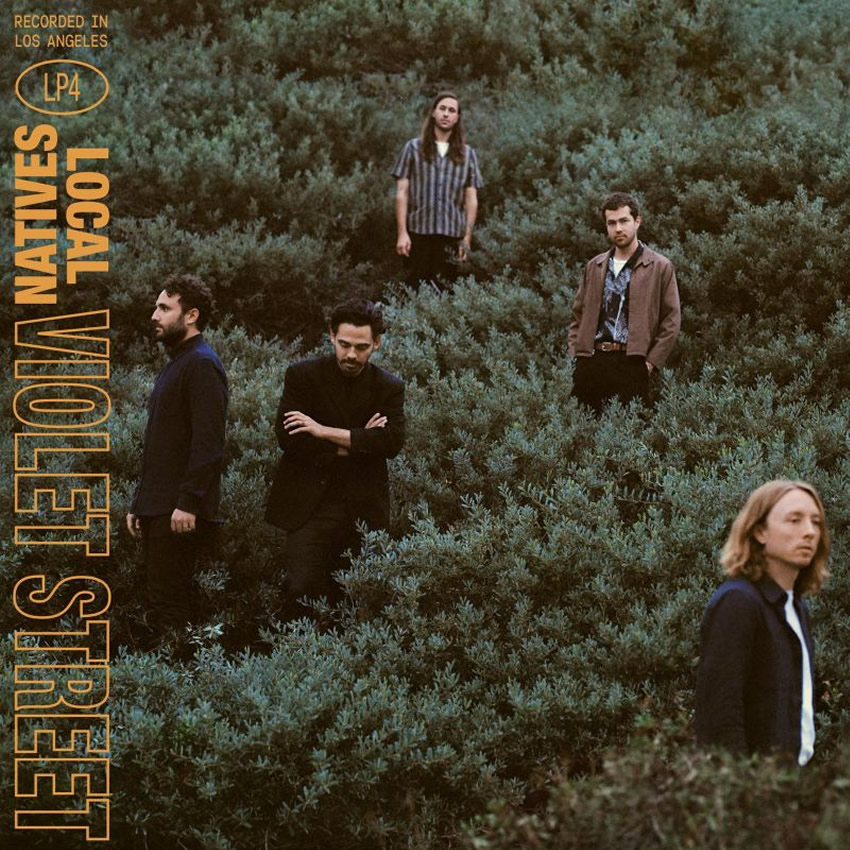 Known for their albums – Gorilla Manor, Hummingbird and Sunlit Youth – the Local Natives are once more releasing another album ‘Violet Street’.

Their style has been popularly described as Afropop, it has gained great popularity due to the lighthearted attitude that is as a breath of fresh air.

Violet Street is set to be released on April 26, and as a prelude to releasing it, the band has released the single ‘When Am I Gonna Lose You?’. The song has been streaming, and in its video (Starring Kate Mara) she wanders through Los Angeles acting out the lyrics of the song as she goes shopping, drinks some wine alone, and through it, all is quite solemn.

A peep at the tracklist of the album leads us to this list:

This album marks a definite change in the band’s mode as it has been affected by the ups and downs of a relationship that one of the band members has been going through. As such, we see tendencies to the nostalgic, like – When Am I Gonna Lose You?, Shy, Gulf Shores – among others. It is quite a dive for the Local Natives, a trial of a new style but with the same rhythm that is as potent as it is balanced along with visuals that catch the eye.

Another single that was released as a prelude to the album is ‘Café Amarillo’ with a video that depicts the band itself, so it follows them along as they tour from place to place. The band has also planned a tour to promote the album, a tour that is scheduled to begin in May and will be initiated in Vancouver. The tour will pass by Seattle, Portland, Chicago, Detroit, Boston, Washington, Brooklyn, Raleigh, Philadelphia, Denver, Oakland, to mention just a few. The tour will end with the end of June. You can click here to buy music concerts tickets without service fees, and be happy for having an affordable option for future needs.

Sunlit Youth – had been quite a success as such – Violet Street has been greatly anticipated especially as it has been directed by none other than Van Alpert and produced by Grammy Awarded Shawn Everett.

With such a band, fans not only want to see the videos, and listen to their favorite band in their latest endeavor, but they will also want to attend any of the shows that they will give. With the new album and its new style, it is bound to be a success as they have always given their fans.

Get your copy of the album, which also boasts artwork that speaks as only a picture can and relays the style of Violet Street.

Actress, award winners, lyrics, nothing is enough for their new venture, and the least we can do is listen and enjoy their latest work!

So, wait for the official release of the album on the 26th of April and book your copy now!