A town in Derbyshire inadvertently started a new local tradition as a way to fight the coronavirus lockdown boredom.

At 18:30 every evening for the past three weeks, locals in the town of Belper have leaned out of their homes and, for two minutes, ‘mooed’ in unison.

Some might think that this new activity sound like a rather crazy thing to be doing. Well, one of the locals taking part each morning, Jasper Ward, would agree.

However, he says he quickly came to realise it was a way to make the lokdown ‘a little more bearable’.

In vidoes shared by residents of Belper, you can see the activity for yourself. Residents can be seen using makeshift megaphones, and one woman even announces that it’s time to moo over a supermarket tannoy.

When the town started their collective mooing, Ward expected it would last for a few days before being ‘ridiculed on social media’ he told the BBC 5 Live.

‘But we’re three weeks in and at six thirty there’s a chorus of moos,’ he said. ‘The crazy people of this town have taken to it like cows to grass.’

The town has somewhat of a quirky reputation, and also has a Mr Potato Head statue, but Ward believes that the mooing might be more than just quirkiness. 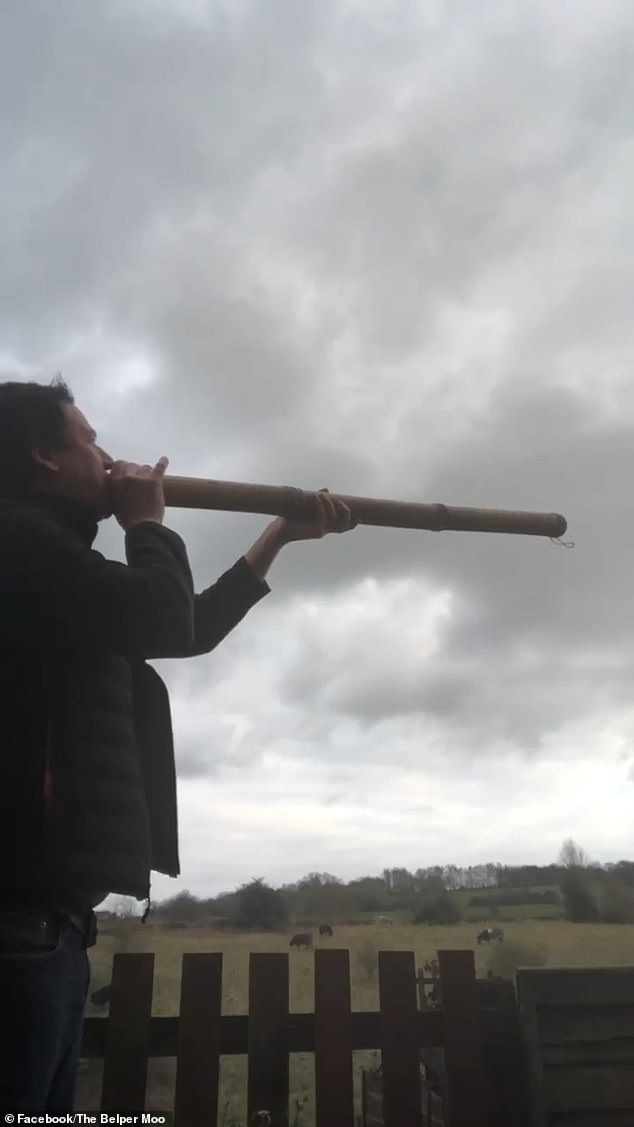 A man takes part in the ‘Belper moo’, an activity undertaken by the people of Belper, Derbyshire to raise community spirits during the coronavirus lockdown 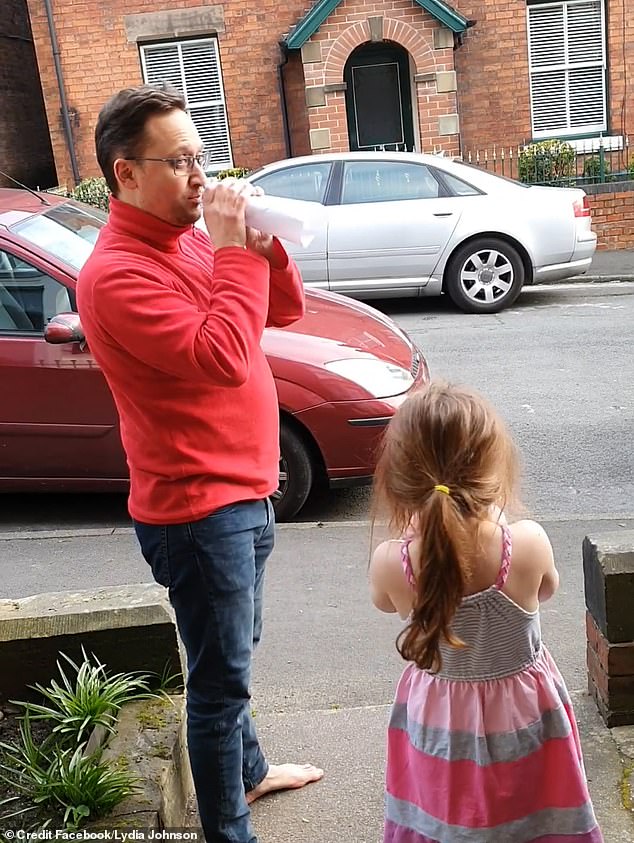 18:30 is moo time – residents of Belper, Derbyshire in front of their houses take part in the Belper moo, which has gained great social media attention

‘I seem to have unearthed a madness that has only been complemented by this lockdown,’ he said.

‘It’s a pretty grim time, so if we can cast a little bit of silliness into the day, that’s great.’

Another resident, Becki Farrel, told the BBC: ‘I’m really pleased he’s done something anyone of any age can get involved with for a silly giggle,’ and predicted the town could be talking about this for years. ‘We love the community spirit in Belper.’ 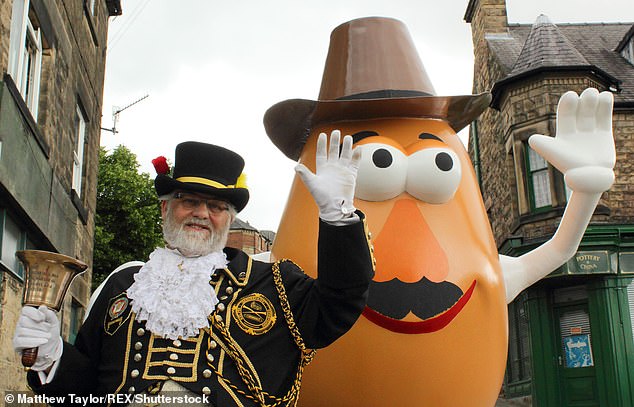 Belper is known for its quirkiness, and even has a statue of Mr Potato Head from Toy Story in the town. Pictured: Town crier Terry Porter waves in front of the Mr Potato Head statue

When the video was posted on Twitter, people found the activity hilarious, with some saying they had even joined in with the Belper Moo.

One user tweeted: ‘I burst into tears of joy learning about, and hearing, the Belper Moo just now. Thank you Belper, you lovely nutters all. Can we all join in?’

Another wrote that the whole of the UK should join the town in mooing every day, and was clearly very excited as the countdown to the moo began, writing: ’11 minutes to moo time’.

Another user wrote how she took part in the Belper Moo, writing: ‘I did the Belper moo,’ and urged others to take part.