Officials fear the fires burning near Liverpool in Sydney’s south-west and Logan in Brisbane’s south could cause dangerous explosions with stashes of chemicals at both sites.

Firefighters are also the scene of a third blaze in Sydney’s inner-city Darlinghurst, where residents were trapped on a terrace balcony on Friday morning.

The blaze is believed to have been sparked by an electric bike that was charging at the time.

A man was found dead after a separate house fire in Melbourne’s south-east on Thursday night. 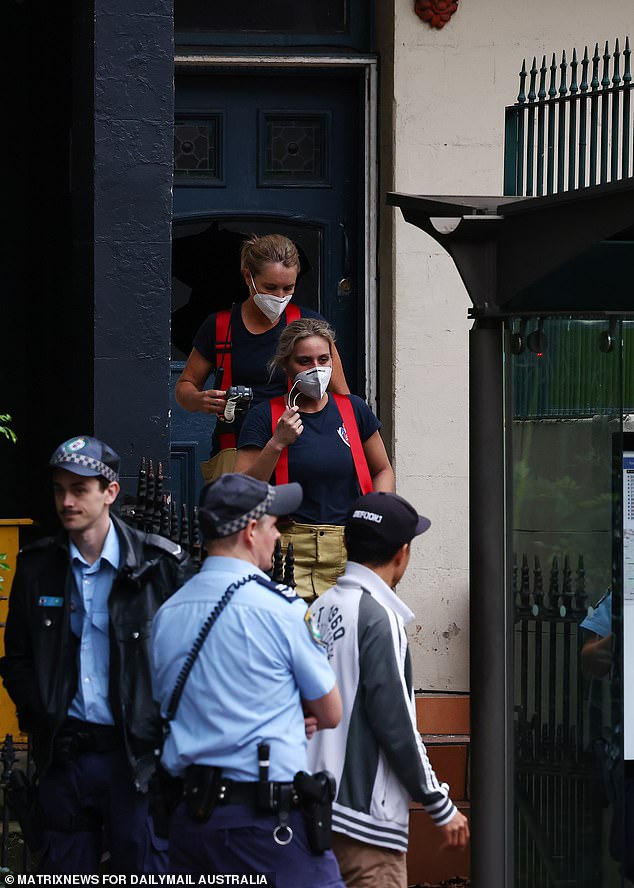 Residents in Logan have been warned to stay indoors as the blaze from an storage shed containing thousands of tyres at an industrial site in nearby Park Ridge sends billowing plumes of toxic smoke over the area.

‘The fire has created a thick, toxic smoke which is moving towards East Beaumont Road,’ a police statement read.

‘Residents of the area, particularly those living in Beaumont Estate have been advised to stay indoors and close windows while air quality levels are monitored.’

Around 35 firefighters remain at the scene of the blaze early Friday which broke out late Thursday night.

Firefighters are waiting on an excavator to demolish the building so they can completely distinguish the fire and expect to remain at the scene for most of Friday.

The Logan blaze is being treated as suspicious. 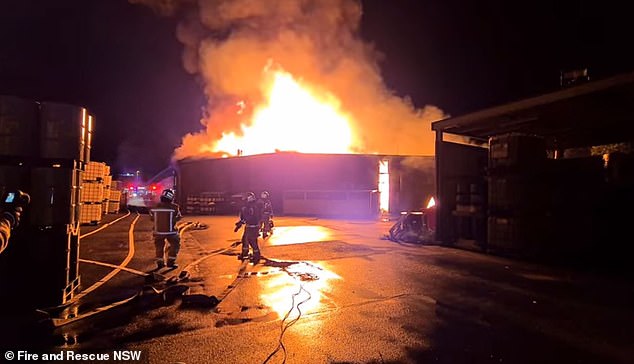 Meanwhile, more than 100 firefighters are battling a massive factory fire in Prestons in Sydney’s south-west, which broke out shortly before 5.20am on Friday.

It’s understood thousands of litres of ethanol used to make hand sanitiser is burning at the scene, where the factory has been destroyed.

Two employees and nearby residents have been evacuated.

Road closures are in place on Hoxton Park Road and will likely be in place for an extended period of time.

Motorists are urged to use alternate routes and avoid the area. 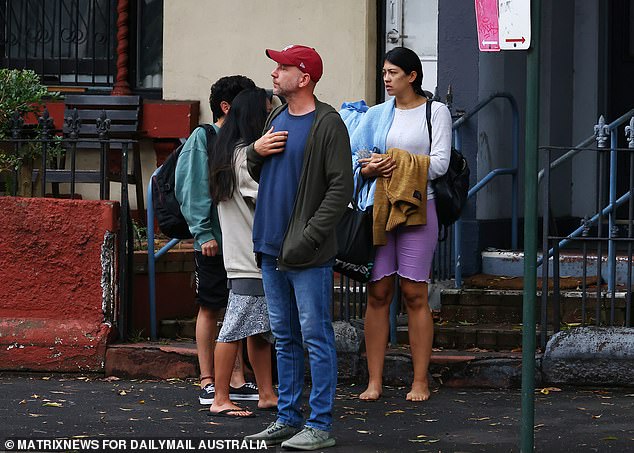 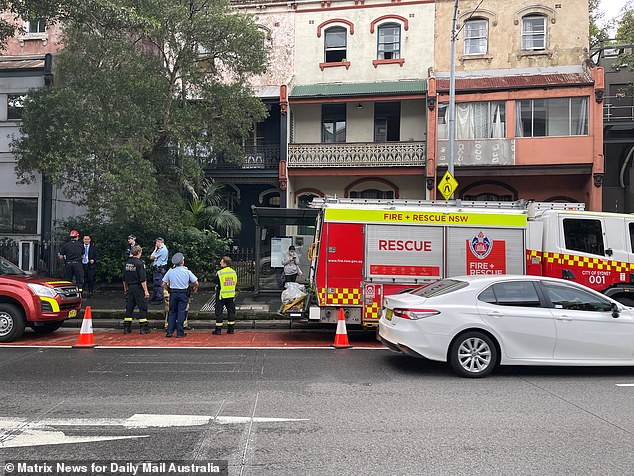 Firefighters are also at the scene of a terrace fire in Darlighhurst in Sydney’s inner-city.

Emergency services were called to Flinders Street around 6.30am following reports of blaze on the top level of a three storey terrace.

A police spokeswoman said residents have been safely rescued and that the blaze is now extinguished.

An electric bike being charged is believed to have sparked the blaze.

Meanwhile in Melbourne, Arson Squad detectives remain at the scene of a fatal unit fire in the city’s south-east on Thursday night.

Emergency services were called to Chesterville Road in Highett shortly before 8pm following reports of a unit well alight.

Fire crews extinguished the blaze and located the body of a man within the property.

A woman in her 70s suffering minor injuries was taken to hospital. 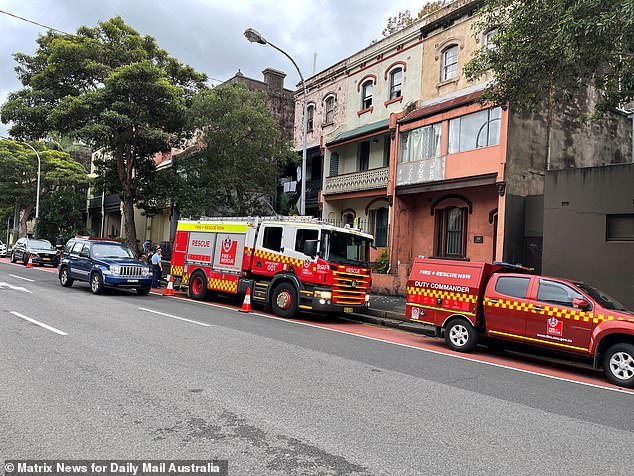