Kerri-Ann Conley, 27, has been charged with her daughters’ murder

A man who believes he’s the father of the youngest of the two girls who died in a hot car says he’s a ‘wreck’ and wishes he could’ve been involved in her life.

Kerri-Ann Conley’s former ‘on again, off again’ lover said that her one-year-old  child Chloe-Ann was ‘more than likely my daughter’.

But the man, from Logan, south of Brisbane, said he can’t come forward to grieve the girl he never knew because he has ‘outstanding warrants’ for his arrest.

‘My life just goes from bad to worse,’ he said.

‘You can’t even tell I’m a wreck and am not coping … I knew it was my daughter as much as (mother Kerri-Ann Conley) said it wasn’t.’

Chloe-Ann and her older sister, Darcey, two, died after being cooped up in their mother’s black Mazda stationwagon outside her home in Waterford West on Saturday.

In a message to the little girl, the man said he ‘should have’ been there but couldn’t. ‘I believe (you’re) mine so daddy loves you and may you rest in peace as a precious little angel. I hope both of you are given the funerals you both deserved.’ 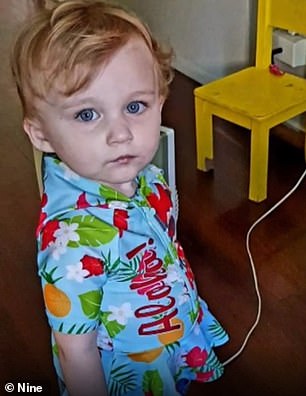 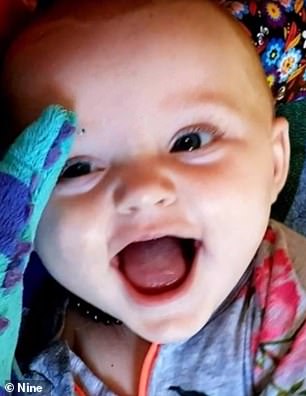 Darcey, (left), aged two, and Chloe-Ann, one, tragically died after overheating in their mother’s black stationwagon, in Waterford West, near Logan, south of Brisbane 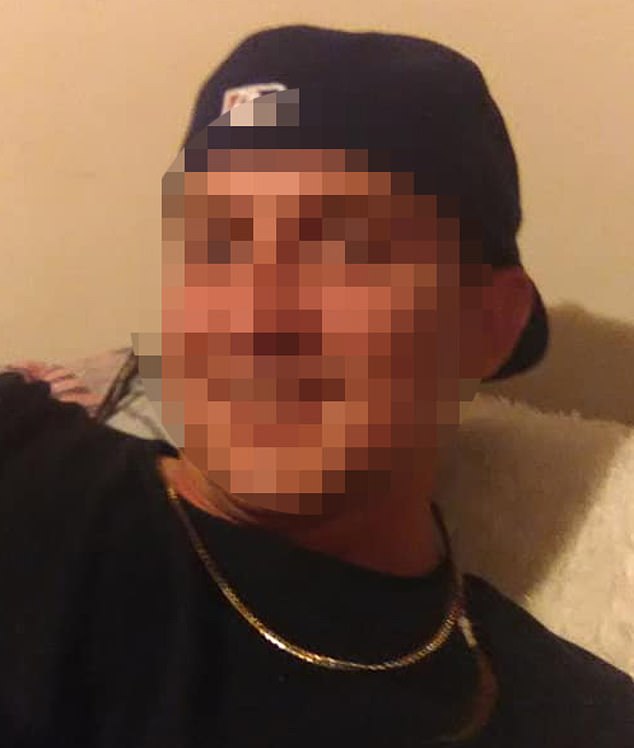 The alleged father, who found himself caught in an unfortunate paternity squabble, days after the deaths of the two girls

The man’s claims that he is the tragic tot’s father sparked a paternity squabble on Facebook neighbourhood watch groups.

Several locals disputed he was the child’s biological father, asserting Chloe-Ann was actually another man’s child.

But the girls’ babysitter Gina McKenzie told Daily Mail Australia: ‘They’ve been on and off for four years.

Ms McKenzie, one of the last people to see the girls alive, said: ‘He (Shawn) was with her when she fell pregnant and after as well, so I believe he is (the girl’s father).’

Ms McKenzie said Conley was also seeing another man at the time, but ‘moreso Shawn’.

Conley, 27, has been charged with the girls’ murder, under a new definition which includes reckless indifference to human life.

Conley was also hit with two drug offences for alleged marijuana and drug equipment possession. She is yet to enter a plea.

Fresh details have today came to light of the some of the sisters’ last moments. 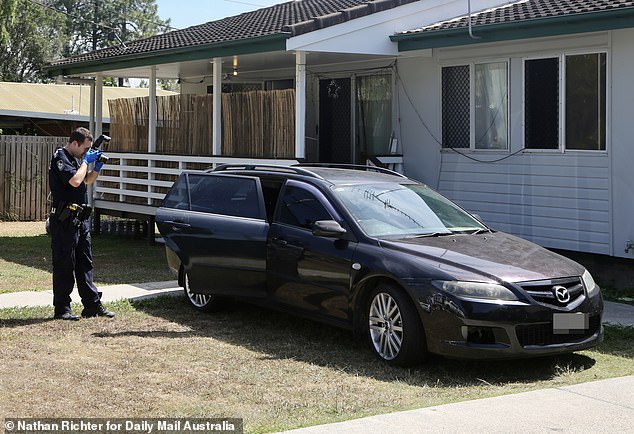 A police officer photographs the back of Conley’s stationwagon, where the two little girls are believed to have died

An unnamed friend of Conley’s claimed to Nine News that she had walked into her home on the Friday morning before the girls’ died, and found them both in the bath.

‘I knocked on the door, went in and the kids were in the bath and they were nearly falling asleep in the bath so I got them out,’ the woman said. 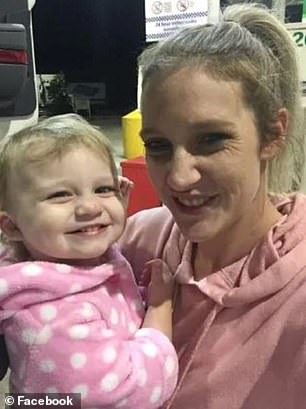 Kerri-Ann Conley (right) has been charged with the murder of her two girls, under a new definition which includes reckless indifference to human life

‘I hope child safety open their eyes and pull their finger out… and start doing something about these poor kids in these situations.’

Later that day, Conley visited Ms McKenzie last Friday to drop off a Samsung phone charger and ‘seemed her normal self’, according to the girls’ babysitter Gina McKenzie.

Conley was accompanied by her children who were ‘both fine’, McKenzie said. It was about 8.30pm.

‘She said “see you tomorrow” as I was meant to watch Chloe for couple hours,’ Ms McKenzie said.

But something went terribly wrong in the 18 hours that followed. It remains unclear why the children ended up in the hot car, which was parked out the front.

What is known is that the girls could not be revived after being pulled from their mother’s car about 1.35pm.

Conley’s desperate attempts to revive the children by dousing them in cold water failed, with neighbours telling reporters they had assumed the kids had drowned when paramedics carried them from the house.

Queensland Premier Annastacia Palaszcuk has confirmed two girls were known to the Department of Child Safety.

Meanwhile, the father of Darcey, the older child, has called for a public inquiry into the tragedy.

The man, who has not been named, told the Seven Network: ‘I want a full public inquiry into the deaths of my girls. 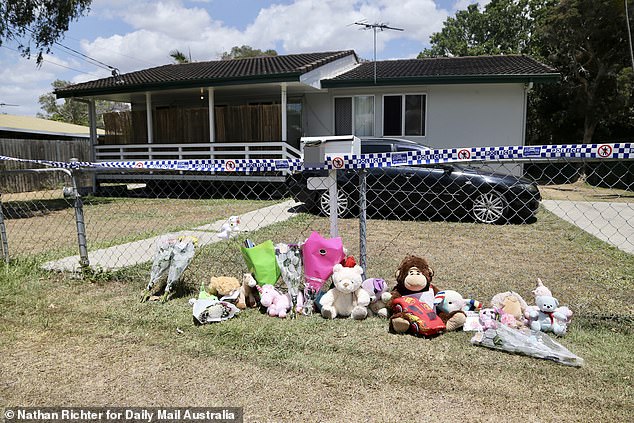 There is a growing pile of flowers and soft toys outside the family’s home in Waterford West, near Logan. Authorities confirmed the girls were known to the Department of Child Safety

‘I want those responsible for the inaction that led to my kids being exposed to the situation that they were in to be held accountable.

Ms Palaszcuk has asked the Queensland Family and Child Commission (QFCC) to investigate if the department had any role in the tragedy. Police investigations continue.

In a bizarre coincidence, the housing department home where Conley was living has previously been linked to the death of another child.

Police scoured the home during their search for slain schoolgirl Tiahleigh Palmer, although the then-occupants were found not have a role in her disappearance.

Conley has been remanded in custody to face Beenleigh Magistrates’ Court on December 11.