Kylian Mbappe limps off in French Cup final after horror challenge from Saint-Etienne’s Loic Perrin that prompted 22-man brawl, led to SIX yellow cards and saw veteran defender sent off following VAR review on his final appearance for the club

PSG and Saint-Etienne players came to blows after Loic Perrin hacked down Kylian Mbappe as they battle it out for the Coupe de France trophy.

Mbappe limped off the pitch after a terrible challenge that could see him miss out on the Champions League next month.

Perrin mistakenly lunged in, trapping Mbappe’s ankle under his knee after 31 minutes of the final.

The Saint-Etienne captain was a shown a yellow card for the foul, but players were quick to take matters into their own hands.

Saint-Etienne’s Jessy Moulin instigated the fight, running a total of 25 yards to push Marquinhos. As a result players from both sides flew in from both angles to support their team-mates.

Social distancing policies were clearly scrapped as players pushed and shoved each other all over the pitch. 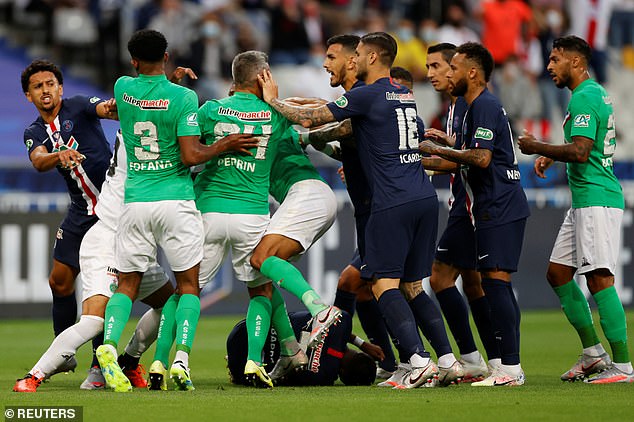 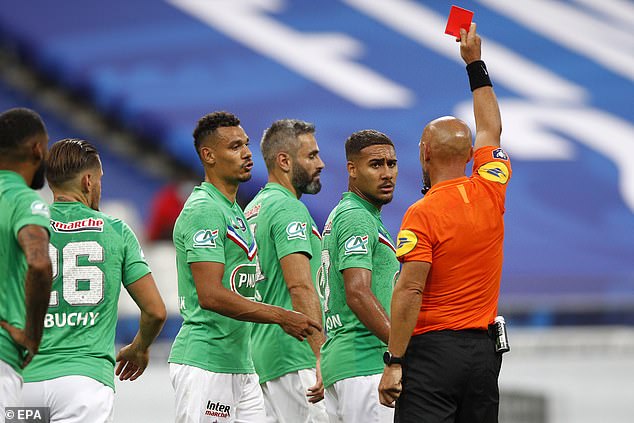 Delerue also upgraded Perrin’s initial yellow card to a red after looking at VAR – leaving St Etienne are down to 10 men.

Meanwhile Mbappe, who appeared to be in tears while limping off the pitch, was swapped out for substitute Mauro Icardi.

The fixture was France’s first major game following the coronavirus crisis and even allowed 5,000 fans into the national stadium. 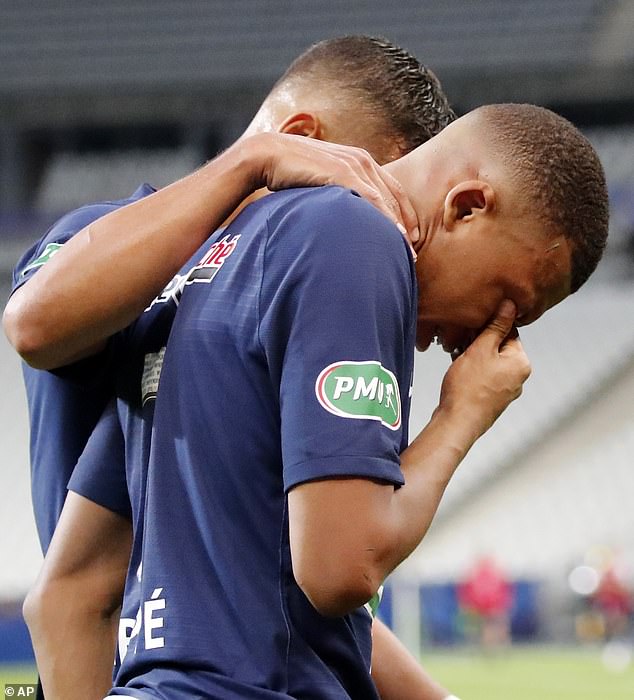