A new Jeffrey Epstein accuser who spoke out for the first time in court on Tuesday about how the late pedophile raped her has shared how she was introduced to him by Ghislaine Maxwell who she said was ‘caring and confusing’.

Chauntae Davies, who worked on Epstien’s ‘Lolita express’ private jet and also performed massages on him, was among dozens of women who spoke in court in Manhattan on Tuesday about how he abused them.

On Wednesday, she appeared on CBS This Morning to reveal more details about how she came into Epstein’s orbit.

They were introduced, she said, by Ghislaine Maxwell, Epstein’s reputed ‘madam’ and long-term friend, who Davies met through a massage guru.

Davies claimed that the first time she met Epstein to give him a massage, he masturbated in front of her. She was horrified but went back to continue working for him, she said, partly because of the support she received from Ghislaine. 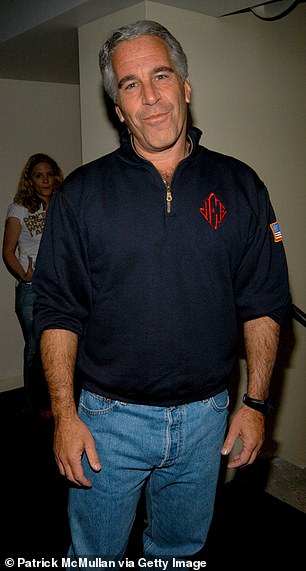 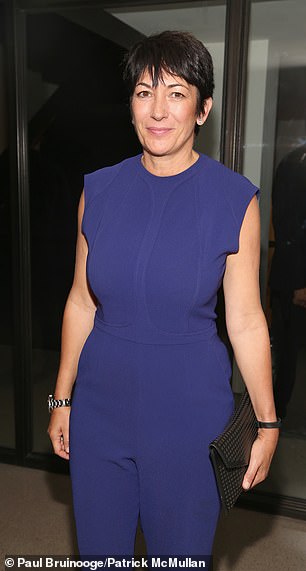 Davies said she was introduced to Epstein by Ghislaine Maxwell, right. Maxwell ‘felt for the situation’ when he masturbated in front of her, she said, and convinced her to carry on working, claiming it would not happen again

One of the survivors of Jeffrey Epstein’s alleged sexual abuse, Chauntae Davies, is vowing to continue her fight for justice after his death.

She joins us to share her story and what she wants to happen next: pic.twitter.com/E5eYh5j0TD

‘The first encounter I had with him, he masturbated in front of me.

‘That alone should have been enough to never come back but the way that they were able to orchestrate and manipulate the situation, led me to believe that something like that wouldn’t happen again so I went back,’ she said.

She went on to say that she thought Maxwell genuinely ‘cared’ for her.

‘With Ghislaine, it’s very confusing because she’s someone who I really believed cared for me.

‘The way that she kind of approached the situation was that she felt for the situation I was in. I was young and struggling and had come from not such a privileged background. She seemed wanting to help better my life and even was personal about it.

With Ghislaine, it’s very confusing because she’s someone who I really believed cared for me….She seemed wanting to help better my life and even was personal about it.

‘There were a couple appointments in between that first encounter and when it happened which led me to believe that it wouldn’t happen again,’ she said.

For several years, she continued working for Epstein. The third or fourth time they met, she says he raped her.

She was too frightened to report him or leave because, she claims, both he and Maxwell made it ‘clear’ how powerful he was.

‘Even in one of the first couple of trips, they somehow got me a passport which I didn’t have initially. They just had one for me,’ she said.

Throughout her years working for him, she said he sent her to culinary school and used the guise of education to ‘mask’ the abuse.

‘He made it very confusing because he would disguise the abuse with education, trips to a bookstore and pick out whatever books you want – some girls have experiences with lavish shopping trips but with my experience it was education based. 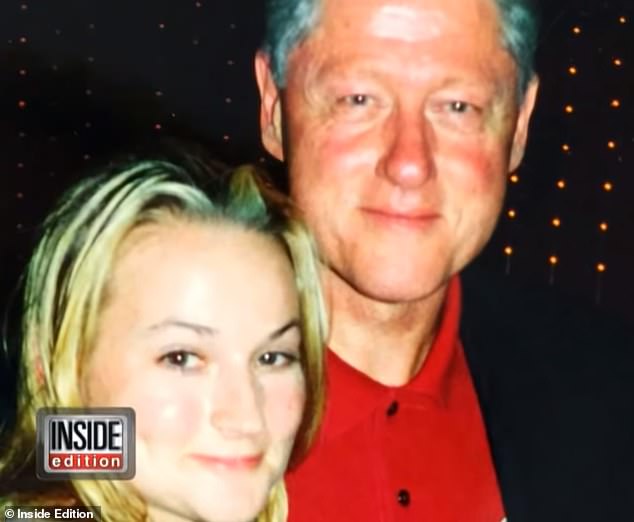 Davies also claimed she had gone shopping with Bill Clinton in Africa for a bracelet for his daughter, Chelsea, on an Epstein-funded trip 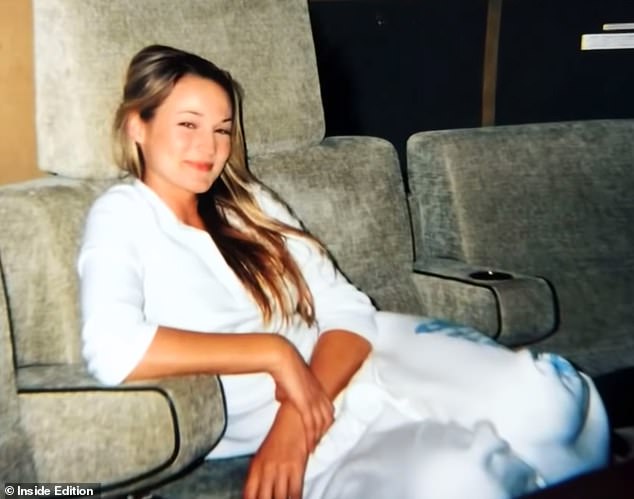 Davies gave an interview back in 2015 to Inside Edition about the lurid behavior she witnessed on Epstein’s jet when allegations surfaced about the financier. At the time she claimed she wasn’t one of Epstein’s victims

‘But, he sent me to culinary school, he sent my sister to school – she studied abroad to be a translator in Spain. So it was very masked by various things that he would kind of just throw out there.’

Davies has not given details about when she stopped working for him. She gave an interview in 2015 to say that she had witnessed young girls being ferried around on his plane but said at the time she was not a victim herself.

Like Epstein’s lawyers, she says she has questions about how he died.

Davies said that she believes he was too arrogant to kill himself and thought he that he was going to beat the human trafficking charges he was facing and ‘disappear’. 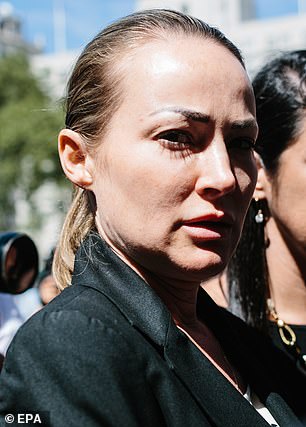 Two days before Epstein’s suicide, he signed a last will and testament naming his brother Mark as his sole heir.

Many have interpreted it as a sure sign he intended to kill himself.

But Davies believes it was part of a plan to disappear once he got out of jail.

‘I am absolutely suspicious of it. I go back and forth. Part of me thinks, “OK so he signed that will 2 days before”, so that is obviously a red flag that he was planning to commit suicide, but I feel that his ego was so large and he was so manipulative and so intelligent and I really strongly believe that he still thought he was going to get out of it.

‘And I think that he signed that will thinking he was going to get out of it and disappear. Like hide that money and disappear. It’s hard to wrap my brain around him killing himself because I don’t see that,’ she said.

Now that he is dead, she fears she may never know what justice ‘feels like’.

Ghislaine Maxwell has been named by dozens of Epstein’s accusers as a co-conspirator or procurer of victims.

Before the financier’s death, she was named in lawsuits as having facilitated alleged abuse.

She has always denied wrongdoing and has never been arrested or charged.

The British-born socialite has kept a low profile in recent years.

At Tuesday’s dramatic court hearing, 16 women stood up to tell how Epstein had impacted their lives.

Statements were read by lawyers on behalf of an additional seven women.

Their stories were shocking. Some said they’d been molested for hours when they were 15 and told by Epstein that he was helping them ‘grow’.

The judge had invited them to speak before prosecutors close the case against him in light of his death.

Many of the women have now filed lawsuits against Epstein’s estate. They are also urging prosecutors to keep investigating his life and bring charges against anyone else who may have been involved in the sexual abuse.