A glamorous traffic controller has revealed she makes more than $2,000 a week and urged Australians to consider taking a closer look at the role.

Tahera Raedd, who works at as a lollipop lady directing traffic at construction sites in Sydney, offered a breakdown of her weekly earnings on TikTok.

‘Your sign to be a traffic controller,’ she captioned the clip, which also reveals she earned more than $2,000 for the week.

Aussies were impressed at the pay-packet.

‘I’m a licensed plumber and I earn half that,’ one person said.

‘I’m gunna stop studying and do this,’ added another.

‘How do we get into this?’ a third added. 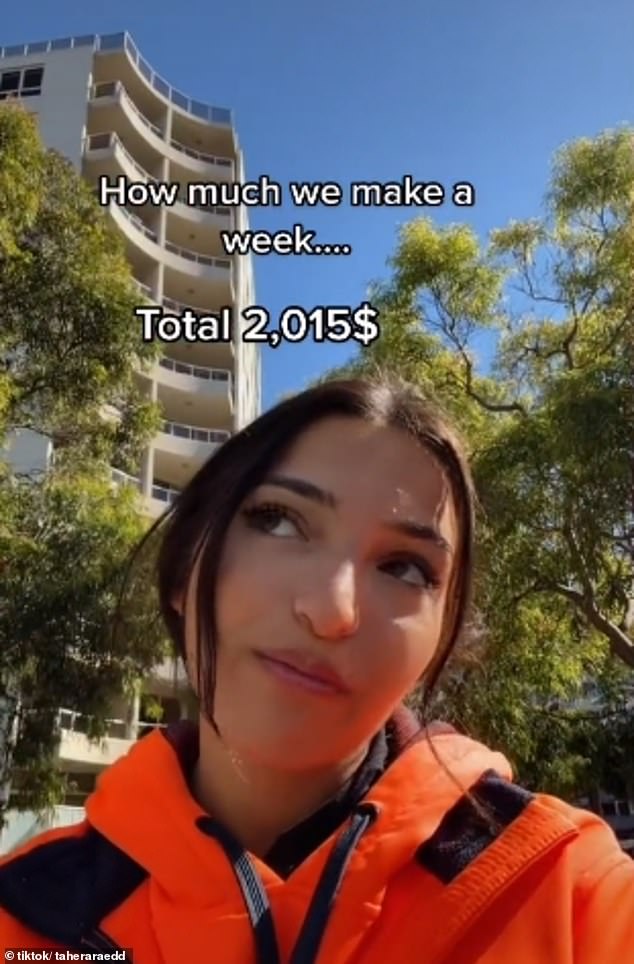 The young woman (pictured) said she made more than $2,000 in a week but some commenters asked if that was before tax

But many pointed out it was unclear if that amount was before or after tax.

‘You should do a video update after taxes,’ one person wrote.

While the job might seem ideal, others have also posted videos to TikTok pointing out the negative aspects of the job.

Maria Kafelas, 21, shared a clip in late 2021 in which she said videos about being a lollipop lady posted to social media were misleading.

‘I’ve been seeing a lot of TikTok (videos) in regards to traffic control, and they are all positive,’ she rants in her post.

‘They tell you how much money they make and how many hours they work.

‘They are giving people false hope about traffic control… it has got to be the most inconsistent job I have ever done in my life.’

Ms Kefalas goes on to reveal speculation that lollipop ladies repeatedly earn $2000 a week working from Monday to Friday as pure fantasy given all traffic control workers in Australia are employed casually.

‘Some weeks yes, I had five days of work – but then I was off for two weeks,’ she told Daily Mail Australia.

‘On other occasions I had phone calls at 11pm asking me to be on a job site at 6am the following day or to drive two hours out of Melbourne on short notice for a 12 hour shift.

‘It isn’t a stable income by any means.’

Her advice for Australians considering a career in traffic control was to join a union.

‘That is where they have all the money – if you get rained off, they pay for it and you’ll have consistent work,’ she said.

‘Otherwise don’t do it.’

She went on to tell Daily Mail Australia there is also a dark side to the industry.

‘On many occasions I had tradies yell out disgusting comments to me,’ Ms Kefalas said.

‘Saying what they wanted to do to me and how I looked in my uniform…it also came from other people driving past.’

Numerous people online sympathised with Ms Kefalas, whose shifts saw her standing for up to 12 hours at a time.

One said ‘let’s not forget standing in 40 degree weather and nearly having a heat stroke’ as a significant downside of the job with another pointing out ‘this girl said nothing but straight facts’.

Not everyone was prepared to be sympathetic towards Ms Kefalas, with one stating ‘if you don’t like rain, get another job’.

Ms Kefalas has since secured fulltime work in another industry. 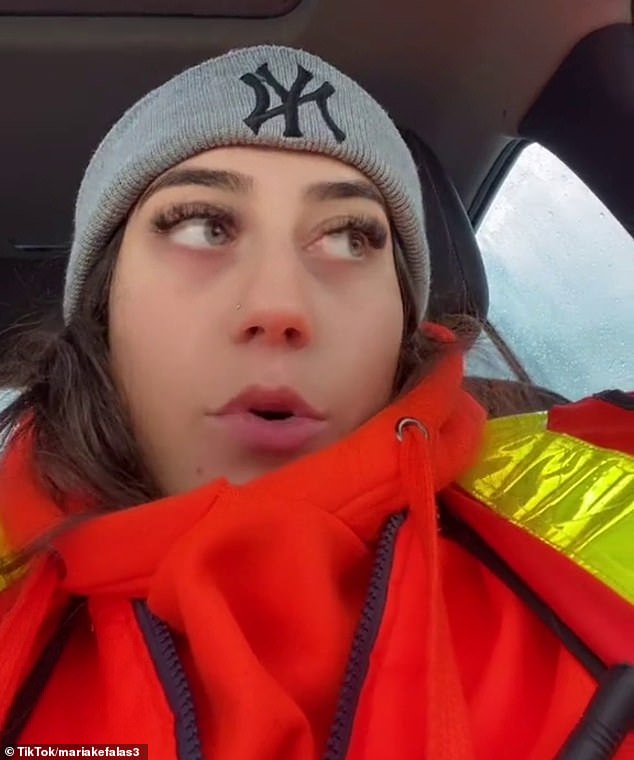 It’s complicated, but usually not as well as you’d think.

The pay rate is better for traffic controllers on union jobs, but that work is harder to find and in short supply.

Traffic controllers with the CFMEU union in Victoria can earn up to $55.08 per hour.

The rate climbs to $99.15 per hour if working overtime.

Full-time traffic controller roles in Victoria are typically advertised to earn between $50,000 and $70,000 a year.

According Seek.com.au, the median annual salary in NSW for a traffic controller is $76,249.

Across Australia, the most common salary advertised for traffic controllers is between $40,000 and $60,000.