London based stalker told her ex-boyfriend she had an overdose

Jessica Nordquist, 25, allegedly sent her ex-boyfriend emails claiming she had been kidnapped and that only he could save her

A stalker was ‘liking’ photographs on Instagram while telling her ex-boyfriend she had taken an overdose, a court heard today.

Jessica Nordquist, 25, of Whitechapel, East London, allegedly became so besotted with Mark Weeks that she wore a silicon baby bump to convince him she was carrying his child.

The American also sent him emails claiming she had been kidnapped and that only he could save her, Snaresbrook Crown Court heard.

Both worked for video advertising company Unruly, based in Whitechapel.

Rachel Exley, a human resources manager at Unruly, told jurors about messages she received from Nordquist.

In January she woke up to find she had lots of messages from Olivia Goodman, another HR manager at Unruly.

In these messages Ms Goodman told her that Mr Weeks had received a message saying that Nordquist had overdosed.

‘The message said that Jessica had had an overdose and that they could not get through to her’, Ms Exley said.

‘I went on Instagram because I knew that Jessica could never not go on Instagram. While she was supposedly having an overdose she was liking messages from an hour before.’ 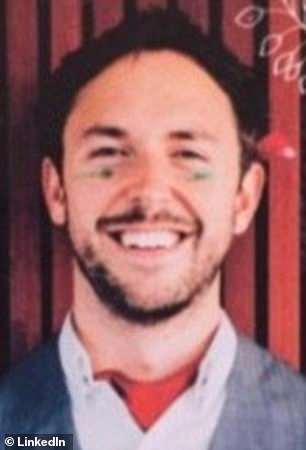 Ms Exley was first introduced to Nordquist, a solutions engineer for the company, after the American said she wanted to move from Unruly’s New York offices to its London base.

Ms Exley spoke to her via email and helped Nordquist organise her visa to work in London. She said Nordquist spoke to her a lot when she first moved to London as she did not know many people.

Nordquist, from Eagle River, Alaska, met Mr Weeks after moved from New York to the London office. Their relationship fell apart and they broke up in November.

Ms Exley knew that Nordquist and Mark Weeks had been dating, and heard from Jessica that Mark had dumped her. 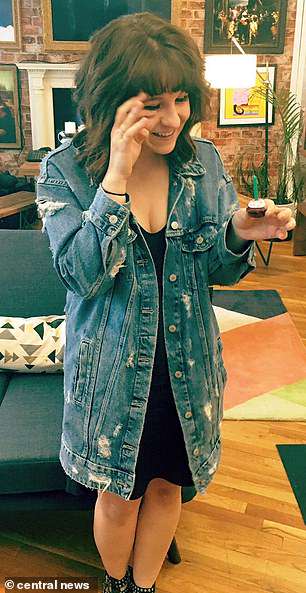 ‘She went to New York on holiday, she said that her and Mark had had a massive row because she wanted to be in a couple and he did not want that to happen.

‘She was very upset about it. In my opinion it was a bit of an overreaction because the relationship was so short.

‘Some time afterwards she messaged me completely out of the blue to tell me she was eight to ten weeks pregnant.’

Later Nordquist messaged Ms Exley again about her pregnancy, this time with a photo of a positive pregnancy test.

Ms Exley believed that the tiling behind the pregnancy test looked like the tiling in the bathroom at Unruly.

Ms Exley and Olivia Goodman were put in charge of dealing with complaints lodged by both Nordquist and Mark Weeks against each other. Ms Exley said she asked to be taken off after Nordquist questioned her professionalism.

During the alleged stalking campaign co-workers at Unruly received messages from phone numbers unknown to them.

Mr Weeks has told how he received emails from fake email accounts – including one in the name of a friend – saying Nordquist had been kidnapped and raped.

Nordquist denies two counts of stalking, two counts of sending malicious communications and one count of perverting course of justice. The trial continues.