A man threatened to stab his pregnant girlfriend with a bottle, throw acid in her face and abort their unborn child using an umbrella and a kitchen knife, a court heard.

Rakim Dwayne Braithwaite, 27, allegedly attempted to perform an abortion on his partner, who was four months pregnant with their child.

Isleworth Crown Court heard a horrified neighbour called police to the property in Greenford, London, in May 2016 when they heard his alleged victim scream out in pain.

Braithwaite inserted the knife as his 26-year-old partner screamed, then approached her with the umbrella before a neighbour called 999, the jury were told.

He has pleaded not guilty to using an instrument, with intent to procure a miscarriage on May 16 last year and engaging in controlling and coercive behaviour between December 29, 2015 and November 21, last year.

Braithwaite threatened to ‘beat’ the baby out of his girlfriend and stab her with a bottle.

He donned plastic gloves and played an internet video of a home-abortion on his television while ordering his girlfriend to lie down and remove her trousers, the court was told.

Prosecutor Mr David Markham told the court: ‘She screamed out and he put a pillow on her face to stop the screams. 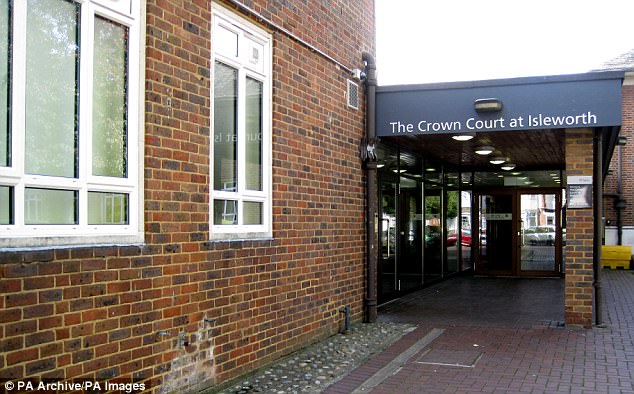 Isleworth Crown Court heard a horrified neighbour called police to the property in Greenford, London, when they heard his girlfriend, 26, scream out in pain

A neighbour heard her screaming: ‘Please stop. You’re hurting me,’ explained Mr Markham, but his partner refused to talk to officers when they arrived.

Incredibly, she gave birth to a healthy baby boy in October last year.

The alleged victim claims Braithwaite threatened her with violence if she did not contact an abortion clinic, made phone calls in her presence to arrange violent attacks on her and punched her in the face.

She says he also threatened to stab her in the womb, threatened to visit her at work and ‘smash’ her face and ‘beat the child out of her’ and said he would kill her and throw acid in her face.

‘His intention at the time, we say, was while in temper to end the pregnancy,’ said Mr Markham.

‘His girlfriend stayed with him throughout the period out of love and loyalty to him. She was scared to lose him, such was the grip he exerted over her.’

They met in 2014 and the court heard Braithwaite vowed to post a video of her performing oral sex on him over the internet.

‘He threatened to throw her off a tall building and would hit her across the face, giving her a black eye,’ said Mr Markham. 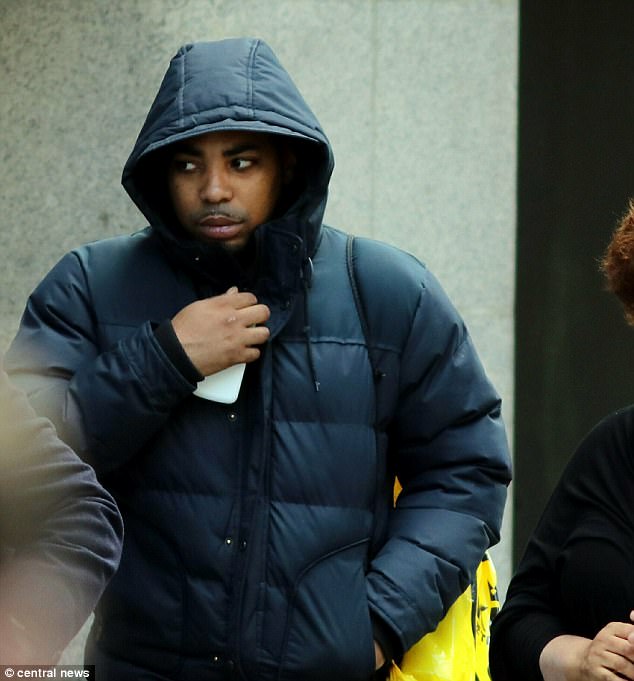 Braithwaite has pleaded not guilty to using an instrument, with intent to procure a miscarriage and engaging in controlling and coercive behaviour

Braithwaite tried to exploit the pregnancy to obtain a council property for them and concocted the fake eviction of his partner from her mother’s home, the trial heard.

Eventually she reported Braithwaite to the police on November 26, last year and he was arrested on December 11.

‘He denied trying to harm the unborn child. He said she had a problem with drugs and had been taking drugs and self-harming and said she did not want the baby.

‘He said there was a custody battle and the accusations were made to destroy his chances of having his son.’