A London bus driver who was found guilty of careless driving in a crash that left a 27-year-old woman in a coma for eight months has kept his job.

Donavan Daley, a Metroline bus driver, has been told he can resume his driving duties after being convicted of one count of careless driving.

Daley was given a £770 fine and nine penalty points on his licence, City of London Magistrates’ Court heard on Monday.

The bus driver was found not guilty of one count of causing injury by dangerous driving.

Saba Mirza, 27, (centre) was hit by a bus being driven by Donavan Daley on a zebra crossing in Little Venice in west London which left her with life-changing injuries

Saba Mirza, 27, was hit by a bus being driven by Daley on a zebra crossing in Little Venice in west London which left her with life-changing injuries.

She was on her way to a dinner at her mother’s house with her family when she was involved in the crash on November 25, 2016, the Standard reports.

Ms Mirza, who now needs support breathing, became trapped beneath the number 46 bus and has remained in hospital ever since with her condition changing daily.

Although Daley was suspended while a three-month investigation was pursued, investigators have since decided he can return to work after passing additional driving and behavioral assessments. 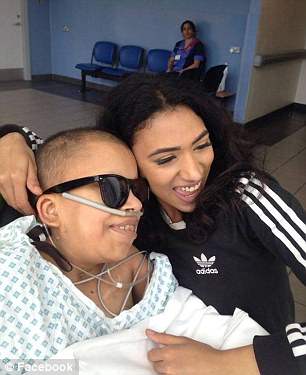 Nicky Mirza, the mother of the young woman, claims the family are ‘dismayed’ by the news that Daley will return to work as a bus driver.

Speaking to the Standard, she said: ‘I broke down in court, I had to be walked out. It broke my heart to hear Saba had to go through so much pain while the guy was still driving.’

She added said: ‘My daughter Nabila and I have been at the hospital every day, and every day there are issues.

‘We have gone back into the depths of fear and fright so many times, thinking ‘this is it’. And it will be like that until she comes home.’

The family have since been told that Ms Mirza might need to go into a nursing home and also may never come off a breathing machine.

Ms Mirza’s sister Nabila believes that the crash has ruined their lives and their whole family has been affected by the crash.

They have all been through therapy and her older sister had to take a year out of her law conversion course and cancel a placement year at the Houses of Parliament.

Before the crash Ms Mirza worked at Swiss Cottage School for disabled children as a teaching assistant.

A spokesman from Metroline said: ‘Our thoughts remain with Ms Mirza and her family at this difficult time. 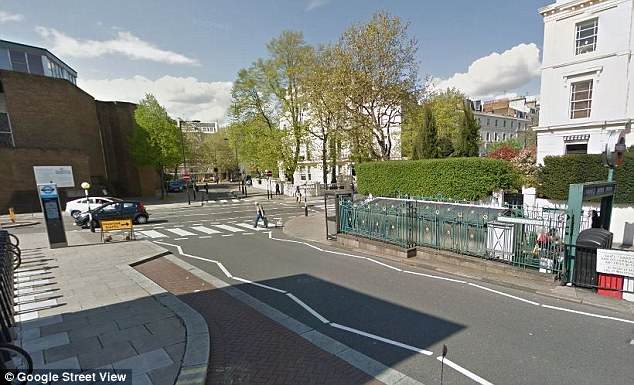 ‘Following our disciplinary procedures, Mr Daley was suspended whilst we conducted an investigation over a period of three months.

‘This concluded that Mr Daley could safely resume his driving duties and he went on to pass additional driving and behavioural assessments required by our Transport Safety Team for any driver involved in a collision.

‘Now that the Court case has been concluded, we will be informing the Office of the Traffic Commissioner.’

A TfL spokesman said: ‘This was clearly a serious incident and our thoughts go out to Ms Mirza and her family.

‘We expect the highest standards of London bus drivers and have sought assurances from Metroline that those standards are met and that a thorough safety process has been applied before allowing the driver to resume duties.’

A ‘Justice for Saba’ petition has been launched by Ms Mirza’s family in a bid to try and change the law.