London cab drivers will be trained in medical emergencies

Black cab drivers in London are to be trained to respond to medical emergencies and terror attacks.

Taxi hailing app mytaxi has developed a course to boost the ‘health, safety and people skills’ of its 17,500 drivers in the capital.

The Knowledge+ programme, which takes its name from the navigation exam sat by all London taxi drivers, includes life-saving techniques such as cardiopulmonary resuscitation (CPR) and how to use a defibrillator.

Participants will also be taught how to deal with emergencies such as acid attacks, choking, strokes and severe bleeding.

A psychologist will also provide body language tips in a bid to help drivers put passengers at ease by reading situations more easily.

Taxi hailing app mytaxi has developed a ‘health, safety and people skills’ course to train 17,500 of its drivers

Mytaxi commissioned a survey of more than 1,300 cab drivers which revealed they are increasingly standing in for the emergency services and facing dangerous situations.

More than two-thirds (71 per cent) have made hospital trips for passengers with serious medical issues such as burst appendices and broken ankles, while 7 per cent have specifically experienced a passenger having a stroke or heart attack.

One driver had a passenger who had been shot in the stomach, while another picked up a young woman whose drink had been spiked with a date-rape drug. 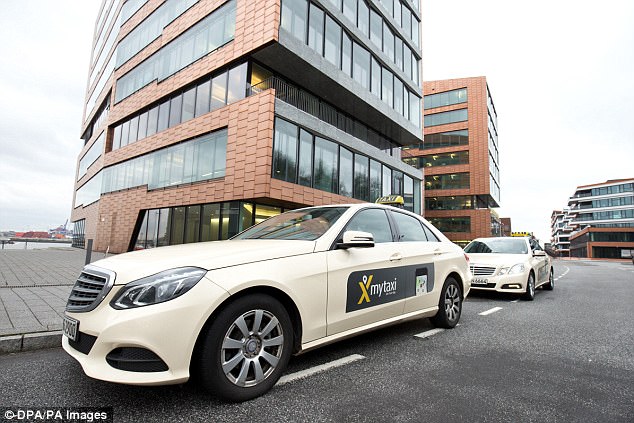 The Knowledge+ programme includes CPR, how to use a defibrillator and how to deal with choking, strokes and severe bleeding 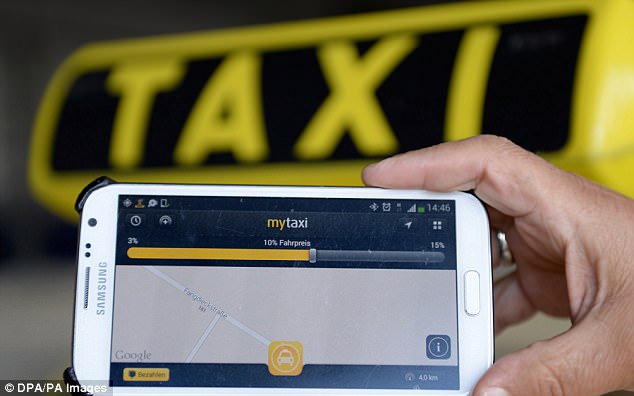 Fourteen said women had given birth in their cabs.

Michelle Kerrigan, national partnerships manager for St John Ambulance, which is supporting the course, said: ‘Taxi drivers are increasingly first on the scene in an emergency, and we know that administering first aid in those crucial first few minutes can be the difference between life and death.’

Nearly one in four (24 per cent) drivers have come to the aid of the public in a terrorist incident, according to the poll.

HELPING OUT IS WHAT WE DO

Taxis were offering free rides to people caught up in the terror attack at the Parsons Green underground station in September.

Even drivers who had finished their night shifts went to the scene to help evacuate terrified commuters.

Helping out is ‘what we do,’ said Steve McNamara, General Secretary of the Licenced Taxi Driver’s Association.

‘We’ve done it since the IRA and we’ve got other weird rules as well, like if we’re going to Great Ormond Street Hospital, sick kids don’t get charged. It’s just what we do,’ he told The Independent.

‘If someone comes out of Parsons Green station and wants to go to Edinburgh, they’re going to pay.

‘But if you’re just helping people getting away from the scene who are frightened and get them to the next tube station or bus stop we don’t charge them.

‘No one wants to make money from people’s misery.’

One witnessed the London Bridge attack in June and took a group of women to safety before returning to help others.

He said: ‘I found three terrified girls who had been in the Wheatsheaf (pub) when the attackers were smashing the windows in … Got them all home safely and returned to ferry others away from the area.’

Mr Phillips said London faces threats from terrorism which are ‘changing at an unprecedented pace’.

He went on: ‘You can pretty much guarantee that whatever incident happens in London, a black cab will be at the scene or nearby. Professionalising their response is a brilliant way to help keep Londoners safe.’

Andy Batty, UK general manager at mytaxi, said: ‘The Knowledge+ will build on the world’s most respected taxi training course by equipping thousands of London black cab drivers with a series of essential new skills.

‘The initiative will have input from health, crisis and body language experts with the ambition of becoming an industry benchmark for training excellence.’