This is the moment an apparently oblivious tow truck driver crashed a badly secured car into four vehicles parked along a London street yesterday.

Video taken by a bystander in Abbey Wood, south-east London, showed the tow truck hurtling down a road as the car attached to it veered to one side.

The white Volkswagen Beetle slammed into the side of a parked silver car, wrecking the front bumper.

It went on to smash into three other cars on the bizarre drive down the residential street, as car horns can be heard going off in the background. 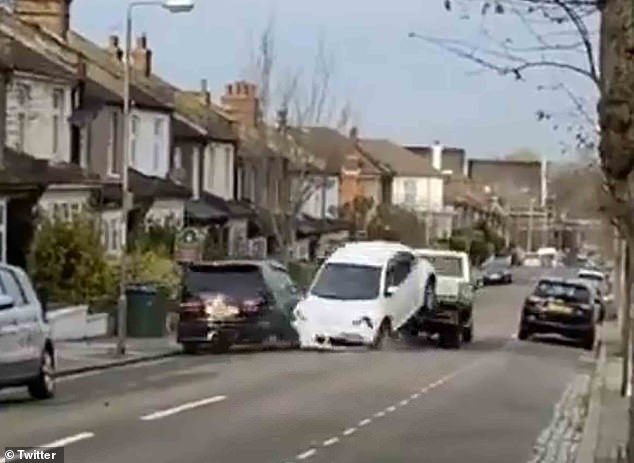 The white Volkswagen Beetle slammed into the side of a parked black car, creating a large dent in the back 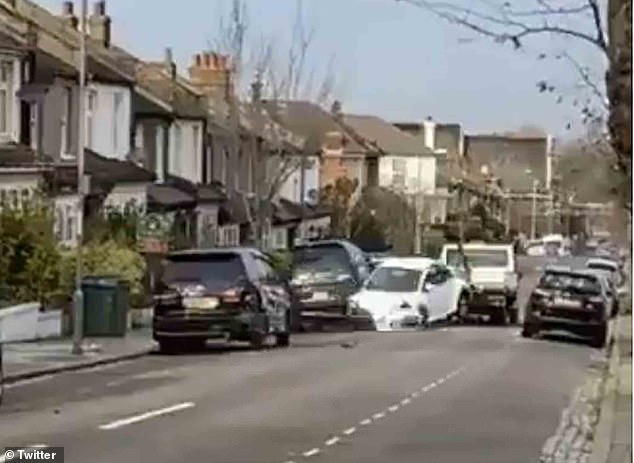 It went on to smash into three other cars on the bizarre drive down the residential street. The car careered off a parked car before slamming into the next one

The tow truck driver continued hurtling down the street apparently without a second thought as the Beetle left a trail of carnage behind it.

Car alarms start ringing out as a woman screams: ‘Oh my god’.

The video was later posted to social media, with users shocked by the destruction caused by the truck driver.

For truck-related accidents or if you’ve been a victim or injured in a truck accident, speak with a commercial truck accident attorney to get a clear picture of your case before taking any compensation or filing a lawsuit.