London cyclist who hit a mother is cleared of manslaughter

A thrill-seeking cyclist using a Olympic-style track bike without front brakes who crashed into a pedestrian who later died was today cleared of her manslaughter.

But former McDonald’s worker Charlie Alliston has been found guilty of lesser ‘wanton and furious driving’ when he hit Kim Briggs as she crossed Old Street, east London, on February 12 last year.

The 44-year-old HR consultant, who had been on her lunch break, suffered ‘catastrophic’ injuries when the pair clashed heads and she died in hospital a week later.

Alliston, now 20, later blamed her for the collision in posts online.

Today an Old Bailey jury found him guilty of causing bodily harm to Mrs Briggs by ‘wanton or furious driving’ under the 1861 Offences Against the Person Act.

In a legal first, he was also accused of the manslaughter of Mrs Briggs, of Lewisham, south London, but he was cleared.

The former bike courier, wearing a top with ‘Anti Social’ on it, had been on his way to buy food for his girlfriend when he crashed into Mrs Briggs during her lunch break.

As she crossed the capital’s Old Street, he twice shouted for her to get out of the way but failed to stop or avoid the head-on collision.

He sprang up and continued to shout at his victim as she lay in the road with catastrophic head injuries. Mrs Briggs died in hospital a week later. 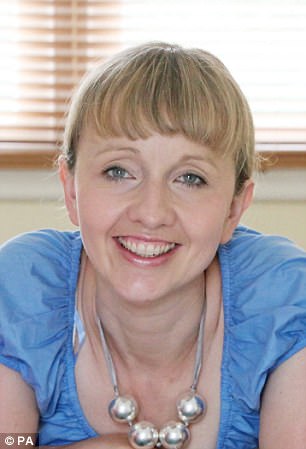 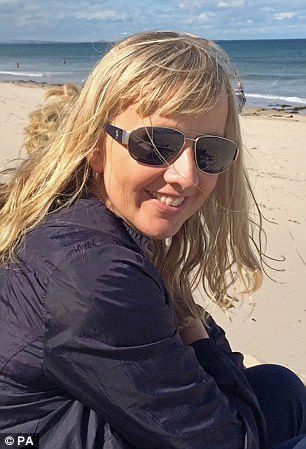 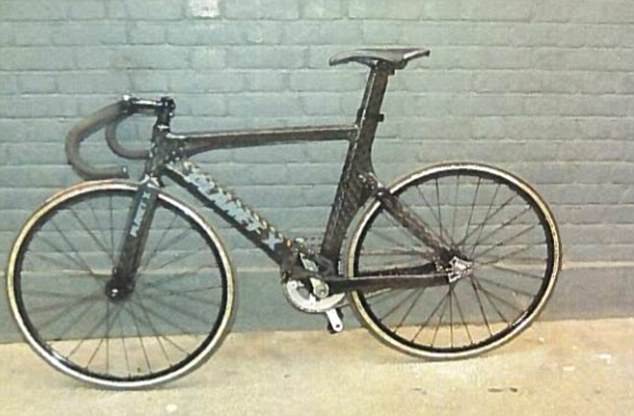 Alliston criticised Mrs Briggs and claimed she was responsible for the crash in a string of posts on social media in the days that followed.

In a comment on an online news article, he claimed he had shouted out to her but she ‘ignored me’, looked back at her phone then ‘stopped dead’ in his path.

He wrote: ‘I feel bad due to the seriousness of her injuries but I can put my hands up and say this is not my fault.’

On an internet forum for fixed-wheel bike enthusiasts, he later described how he twice warned her to ‘get the f*** outta my way’.

He wrote: ‘We collided pretty hard, our heads hit together, hers went into the floor and ricocheted into mine.

‘It is a pretty serious incident so I won’t bother saying oh she deserved it, it’s her fault. Yes it is her fault but no she did not deserve it.

‘Hopefully, it is a lesson learned on her behalf, it shouldn’t have happened like it did but what more can I say.’

He complained: ‘Everyone is quick to judge and help the so-called victim but not the other person in the situation, ie me.

‘It all happened so fast and even at a slow speed there was nothing I could do. I just wish people would stop making judgments.

‘It’s not my fault people either think they are invincible or have zero respect for cyclists.’

Jurors heard Alliston’s trendy ‘fixie’ bike was not legal to use on the road without being modified to add a front brake.

He bought the £700 Planet X bike second-hand for £470 in January last year, telling the vendor he wanted to use it for track cycling.

In a reference to an American bike stunt film-maker, he tweeted: ‘The time when you first take your brakes off and feeling like you’re in a @lucasbrunelle movie.’

Crash investigators who studied CCTV of the incident concluded Alliston would have been able to stop and avoid the collision if the bike had been fitted with a front brake.

But giving evidence in his trial, Alliston, now 20, from Bermondsey, south London, claimed not to know the bike was illegal on the road and told jurors he was not riding recklessly.

He said: ‘At all times I would know what I’m doing and completely responsible for my actions. I did not get a kick or enjoyment out of not being safe.’

Mrs Briggs’s widower Matthew, from Lewisham, south London, sat in court throughout the trial, during which the CCTV footage of the crash was played several times.

‘Wanton’ cyclist was first to be prosecuted for manslaughter 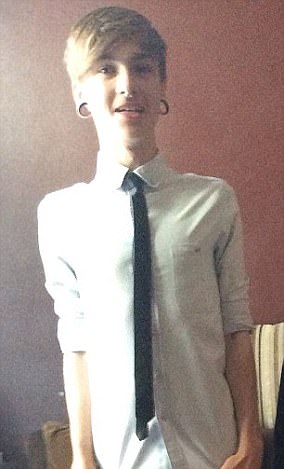 It is a legal requirement that bikes have a front braking system.

The law is currently restricted to charging cyclists accused of dangerous or reckless cycling to an outdated ‘wanton and furious driving’ charge.

In Alliston’s case, the charge includes wilful neglect in that he was riding a bike that was not legally fit for use on the roads.