A woman who suffered from such severe irritable bowel syndrome (IBS) she would regularly end up in A&E reveals she has finally found a cure.

Sam Jones was left so miserable after years of stomach cramps, bloating, constipation and diarrhoea that she took antidepressants and said she often looked as though she was ‘six months pregnant’.

The 30-year-old was left terrified to eat anything for fear of triggering an episode of IBS.

Having had the chronic digestive condition since she was 18, Sam had tried many exclusion diets and supplements on the market over the years in a bid to lead a normal life but to no avail.

Then she discovered a science-backed liquid probiotic that she says has given her her life back.

Symprove is the only product to pass rigorous testing by academics at University College London who carried out an independent study on eight leading products containing live activated bacteria. 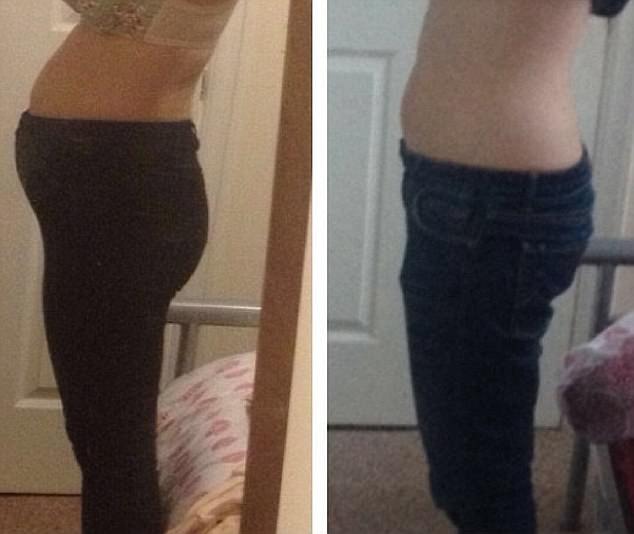 The 30-year-old says her illness made her looked ‘six months pregnant’. Her tummy is pictured after a day of eating (left) and the next morning (right) 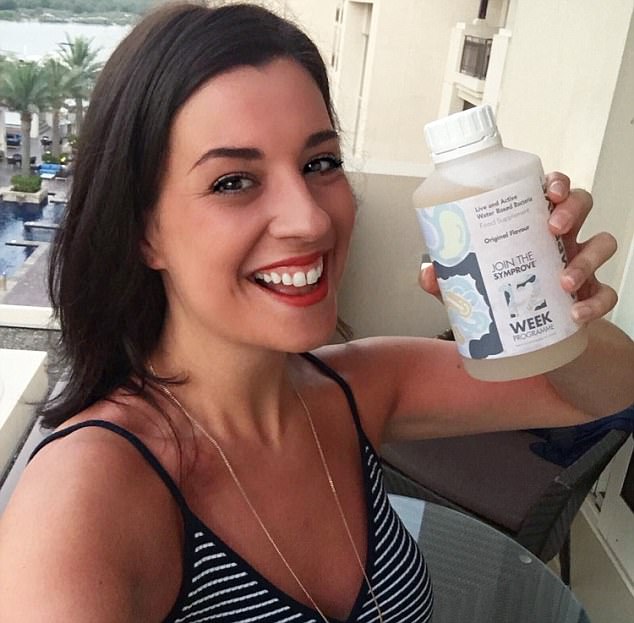 ‘I was so ill with IBS I would be curled up on the staff room floor at work,’ said Sam.

‘When I’d have severe flare ups I would have to go to hospital. The pain was horrendous.

‘People don’t always understand how bad IBS can be for some. It disrupted my life so much it made my mood low and I needed antidepressants.’

IBS is thought to affect up to one in five people at some point in their life, and it usually first develops when a person is between 20 and 30 years of age. Around twice as many women are affected as men.

Sam, from South Croydon in south London, says she’s now found the formula that works for her – following the Low Fodmap Diet and taking Symprove, which has been proven in University College London to suppress the growth of harmful bacteria and promote a healthier gut.

‘I started the diet first and I’d say is responsible for 20 per cent of the improvement I’ve had,’ she explained.

‘I started taking Symprove after a few months and seen a major reduction of my symptoms. I’d go as far as to say it was miraculous – it’s definitely the reason for around 80 per cent of the improvement.

‘I wasted so much time feeling sick and so much money in health food shops on supplements that just don’t live up to their claims.

‘It sounds cheesy but I vowed that if I ever found something that worked I would share it to help other sufferers.’

THE SCIENCE BEHIND HOW SYMPROVE WORKS

Normally a healthy gut would already contain all four of these, along with many other types of bacteria. But diet and lifestyle can cause these to become unbalanced.

For probiotics to be any good, they have to do three things: Arrive in the gut in a life state, survive stomach acid transit and thrive in the gut.

Symprove was the only product to pass all three tests.

The product has a ‘unique delivery system; to ensure it doesn’t trigger digestion and get destroyed by stomach acid. Its website explains it:

Symprove is available here at a cost of £79 for a four-week pack, and a 12-week programme is priced at £158, which gives you four weeks free.

WHY MANY PROBIOTICS DON’T DO WHAT THEY PROMISE

Taking probiotic supplements has become extremely popular in recent years. They promise to keep your gut and digestion healthy by replacing the ‘bad’ bacteria with ‘good’ bacteria.

Ian Orme, professor of microbiology and pathology at Colorado State University told Business Insider: ‘Thirty billion Lactobacillus sounds good, but after going through the stomach acid, only about 43 of them survive.

‘In other words these 43 or so bacteria politely ask the million or so anaerobic Bifidobacteria to please leave. Yeah, sure.’

Symprove says products containing bacteria that are freeze-dried or transported in food do not survive the crucial three-stages of arrive, survive and thrive.

Food or dairy based products (such as yoghurts) usually trigger digestion, meaning they are held in the strong stomach acids for longer, resulting in many of the bacteria being killed.

Freeze dried products are inactive (not alive) when taken and usually have very low survival rates when subjected to stomach acid. And those that do survive may pass through your gut before having a chance to re-activate and thrive.

Creative director Sam says like many IBS sufferers, she was ashamed to talk about the condition.

‘I’d always suffered digestive problems as a child, possibly because I always had chest infections and took so many antibiotics, I think that wrecked my gut health,’ she said.

‘Then it really kicked off when I was a teenager, eating more processed food and drinking alcohol. 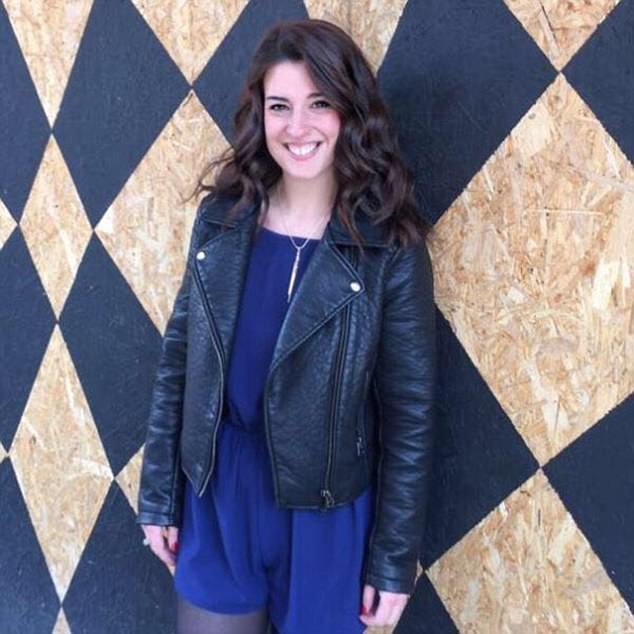 ‘I spent the whole of my final year at university virtually in bed. It’s difficult to travel when you have IBS as you need to be by a toilet and it’s so unpredictable. You feel embarrassed to tell people.

‘I had it so bad my face would swell up.’

Sam tried medications prescribed by her doctor – Spasminal for her abdominal cramps and Omeprazole to help acid reflux – but says they were just like a ‘band aid’ that patched up a problem that remained.

Sam was recommended Symprove from a dietitian three years ago and says she can now eat anything she wants.

‘I noticed a dramatic improvement within the second week. Don’t get my wrong, you can’t take this supplement and have an unhealthy diet, I’m sure that wouldn’t work then.

‘I eat a healthy balanced diet most of the time and take Symprove. 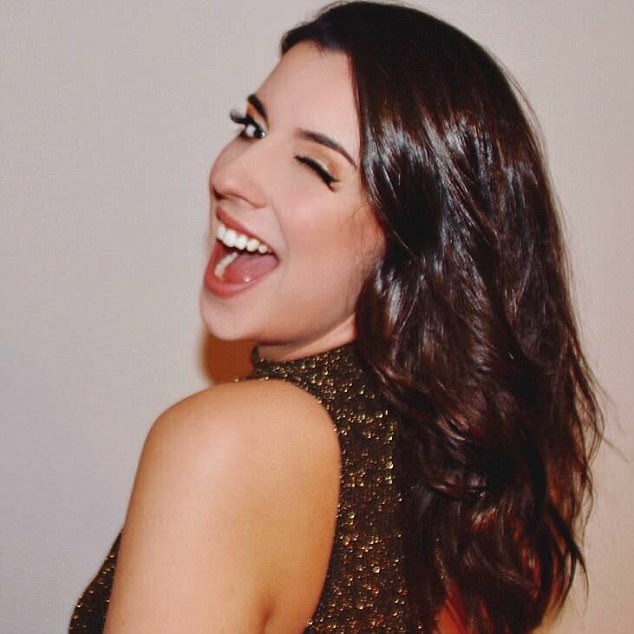 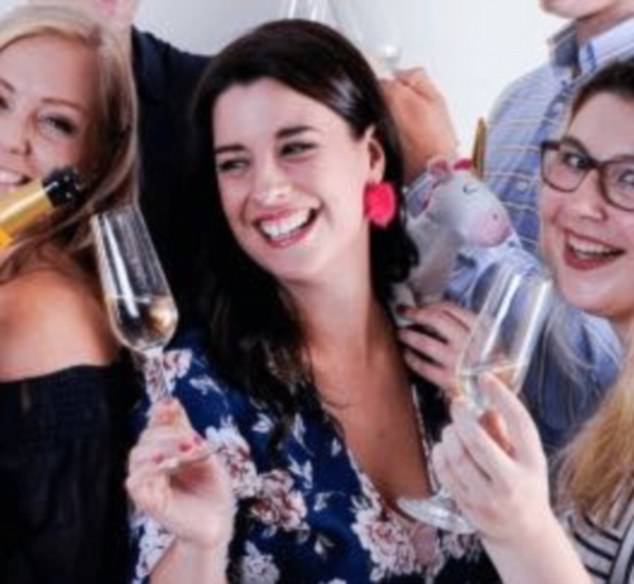 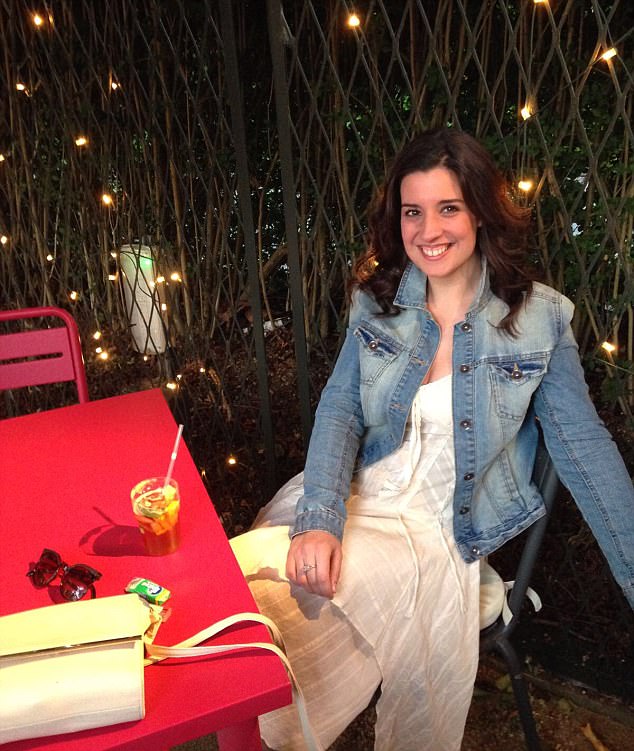 ‘But taking the supplement means I can enjoy life and have the odd blow out. I might suffer a bit – but we’re talking 24 hours not three days and the bloating isn’t anywhere as near as severe as it used to be.

‘Onion and garlic are my main triggers. Before I couldn’t even have a trace of it in a stock cube without being severely ill. Now it’s not the end of the world it I have it now and again.

‘I’m so happy I’ve finally found a way to control this condition. Because I’m a believer in loving life’s pleasures and I’m big foodie at heart.’

WHAT IS A LOW FODMAP DIET? 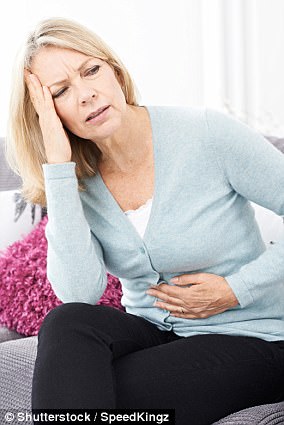 IBS is often lifelong, although it may improve over several years

One relatively new idea that may help is the Low Fodmap Diet. Fodmaps are fermentable oligosaccharides, disaccharides, monosaccharides and polyls – short-chained carbohydrates or types of sugar found in a wide range of foods and drinks.

They cause problems because they are poorly absorbed in the small intestine and so enter the colon, where they are fermented by bacteria, causing bloating, wind and diarrhoea.

Researchers have shown that diet can improve IBS symptoms in up to 73 per cent of cases.

The six Fodmaps identified as the most likely to cause problems include:

Research published in July in the journal Gastroenterology by King’s College London, which compared the low Fodmap diet with a normal diet, has shown it’s an effective treatment for IBS.

Kevin Whelan, professor of dietetics at King’s College London, and the lead researcher, says: ‘A lot of the dietary advice given to IBS patients in the past about managing their symptoms through diet has been very hit and miss, and has been pretty much untested.

‘Our latest research has shown that following a low Fodmap diet can resolve IBS symptoms in between 50 and 75 per cent of patients. It was particularly successful in helping to resolve flatulence, bloating and abdominal pain symptoms.’

Professor Whelan said that in a follow-up study 12 months after patients tried the diet, they gradually reintroduced Fodmap foods and the majority’s IBS symptoms did not return.

‘We recommend people approach the diet in three stages; removing these foods from their diet, achieving resolution of symptoms and then slowly and systematically reintroducing certain foods one by one,’ said Professor Whelan.

But he stresses that because it’s a restrictive diet, people with IBS must get advice from a registered dietitian before starting it to ensure they will still get all the nutrients they need.