‘It was such a wild moment for me’: Ollie Hoskins still on cloud nine after shock Australia call up as London Irish prop basks in dream journey from second tier to Twickenham

Three weeks on from the life-changing event, Ollie Hoskins is still coming to terms with what happened — and his new status.

When the London Irish prop was named in Australia’s match-day squad to face England – days after a call-up which left him shaking in shock – a video of his emotional response went viral in rugby circles and beyond. Footage of the huge tighthead being reduced to tears of joy resonated with people.

The story of his out-of-the-blue Test debut struck a chord because Hoskins, 28, had all but given up on his dream. He had moved from Perth to London in 2016 and long since believed that he was out of sight, out of mind.

But then the call came and his raw euphoria was a glorious antidote to sporting cynicism. This was not about money or fame, it was about pride and honour — for Hoskins and his family on both sides of the equator.

‘It was such a wild moment for me,’ said Hoskins. ‘I didn’t get a heads-up before the selection. They just read my name out.

‘I must have got 1,000 messages from all over the world — people who I don’t know, but they said they’d seen the video and it had inspired them.’ 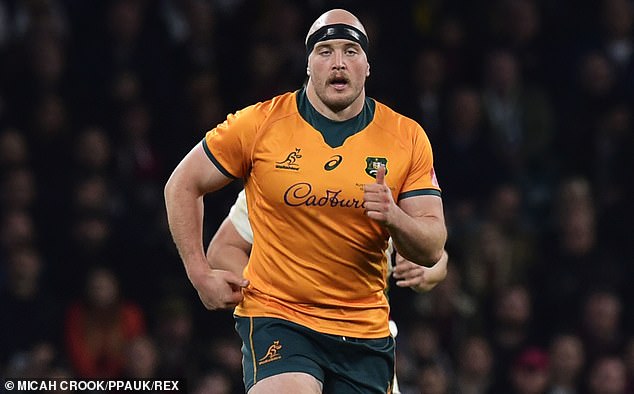 The whole episode remains a shock which began soon after the Exiles’ comeback draw against Saracens last month.

‘I was training with Irish as normal, then Les Kiss (Irish head coach) came over and said ‘The Wallabies need you’. I went in full London Irish kit, I didn’t have anything else! I did a medical, they gave me some kit, I ran home and packed some bags.

‘I’ll never forget running out at Twickenham. I just stood looking around, there were fireworks going off and 80,000 people. Then we lined up for the anthems and my parents and wife were in the stands right in front of me. That set off the waterworks straight away!

Rewind five years and Hoskins was trying to find his feet in English rugby’s second tier. He had left the relative glamour of Super Rugby with Western Force and been pitched into a promotion campaign after Irish had been relegated prior to his arrival. 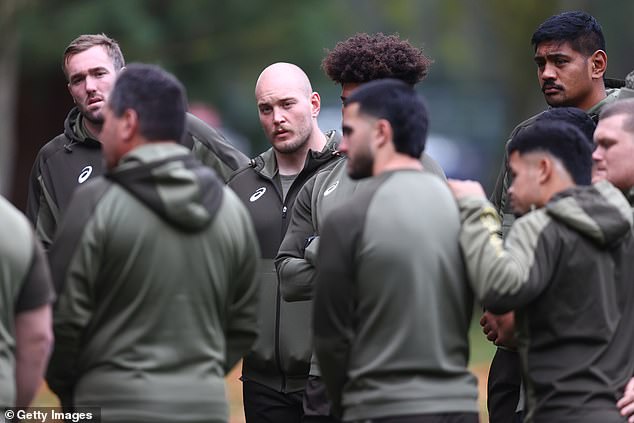 ‘I went from playing Super Rugby to being in the Championship and going to places like Penzance in the middle of January — playing in horizontal sleet in front of a few hundred people,’ he said. ‘There were a few times when I questioned what I was doing.’

Since joining Irish, Hoskins met his wife and settled in London. His parents met at boarding school in Brighton before emigrating and he has relatives in Wimbledon, Milton Keynes and Wales.

On Saturday he will be with the Exiles taking on Newcastle in Brentford. ‘I’m sure there are a lot of guys who are out there, grinding away every week, maybe not getting the recognition they deserve,’ he said. ‘Hopefully my situation will help other people realise that if they keep working, you never know.’