Jonathan Sherwood, pictured outside the Inner London Crown Court, allegedly set up a fake Grindr profile for Jeremy Harris, who was part of a law firm he believed ‘ripped him off’

A software tycoon waged a year-long harassment campaign against members of a law firm by setting up a fake Grindr account in the name of one partner and racially abusing another, a court heard.

Jeremy Harris, intellectual property and disputes partner at Kemp Little LLP, told the court the page on the gay dating app featured an offer to perform sex acts in his office toilets.

The profile under the handle @kemplittle included a physical description of Mr Harris and signed off with the phrase ‘all cummers welcome’, Inner London Crown Court heard.

Mr Harris said: ‘I was horrified, disgusted and concerned about what would happen if people saw it, particularly my wife or family members and people I know.’

He told the court he was sent an email containing a link to the page by former client Jonathan Sherwood, 54, in April 2016.

But his attempts to get it removed were frustrated because he did not have the profile’s exact URL.

Sherwood, the managing director of a software firm, is accused of bombarding staff at Kemp Little LLP with abusive calls, voicemails and messages after claiming they ‘ripped him off’.

He instructed the firm during a £2.5million contract dispute involving his company Gravy Solutions Ltd and an Austrian business back in 2012.

When the case was eventually heard in Austria, both Kemp Little and the barrister recommended the services of local Austrian lawyers Dorda Brugger Jordis (DBJ).

But Sherwood held Kemp Little responsible for what he believed was a measly settlement, it is claimed. 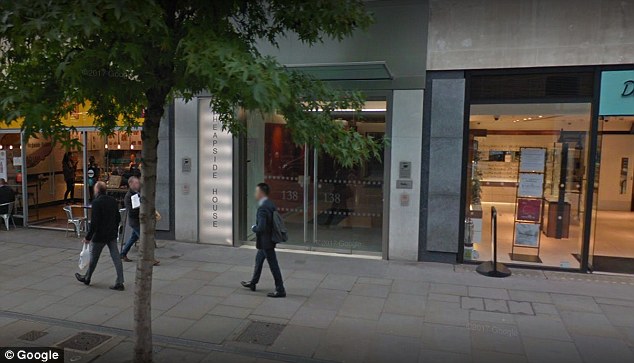 The court heard Sherwood instructed Mr Harris’ law firm, Kemp Little LLP, during a £2.5million contract dispute in 2012. When the case was finished he held the firm responsible for his ‘measly settlement’

‘Excuse the language, but one email referred to me as a c***, saying he was going to take me down.

‘Another message included the words “f*** you”.’

He said Sherwood’s dispute with Kemp Little ‘wasn’t really that clear’ but seemed to concern ‘funds that were charged to him from our firm’.

‘He believed he had been manipulated out of the deal and was concerned that he was not going to be paid anything,’ said Mr Harris.

‘It seemed like he thought he got, in his words, “conned” in the Austrian court but obviously we had no idea about that.’

Sherwood is said to have continued to send the abusive messages despite being slapped with a caution notice ordering him to stop. 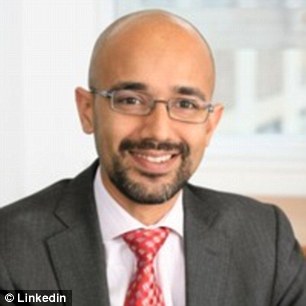 Jurors heard one of the voicemails sent to Mr Harris contained the pledge that Sherwood had ‘nothing to lose in this because I have lost it already paying your bills’.

Sherwood later set up a mock domain with a similar address to that used by Kemp Little and taunted employees by promising to ‘only tell people how I was ripped off by your company’, it is said.

‘You know when you f*** over an individual it’s not personal, it’s not business, it’s let’s get f***ing even mate,’ the message allegedly signed off.

Sherwood is said to have labelled staff ‘scumbag lawyers’ before setting up another mock DBJ website slating both firms with similar slurs.

He was eventually advised by upper management to consult Kemp Little’s formal complaints procedure with his gripes.

But Sherwood simply repeated his claims that ‘it is common knowledge in your firm I was being ripped off in Austria’ and called staff ‘bent c***s’.

‘Please note that any profanities in this email are entirely deliberate, now f*** off,’ jurors were told Sherwood wrote.

Mr Harris said that he was targeted directly after accidentally sending a pocket email to Sherwood.

Sherwood replied: ‘Forgot about you. It must be your personality. Won’t make the same mistake twice.’

Four days later, the firm received an email containing a link to a Grindr profile with the handle @kemplittle and bearing Mr Harris’ photograph.