A British holidaymaker had his right leg amputated and is fighting for his life after a horror motorbike crash in Thailand.

Harry Buster, 29, a bartender from London, collided with lorry and was dragged under the vehicles for nearly 50 feet, suffering serious injuries.

Mr Buster has lost his leg from the knee down and medics in Kancahanaburi, west Thailand, are now preparing to remove everything below the hip due to the severe damage.

Injured: Harry Buster, 29, from London, has lost his leg after he collided with lorry in Kancahanaburi, west Thailand, and was dragged under the vehicle for nearly 50 feet

He also suffered a shattered pelvis, broken ribs, internal bleeding on his liver, kidneys and lungs and currently has a 50 per cent chance of survival

Mr Buster’s friend James Bailey, 43, has launched a funding campaign to pay for his medical bills, which – as Mr Buster did not have travel insurance – are estimated to more than £23,000.

Mr Bailey said: ‘He was dragged and his right leg has been totally gloved above the knee. It was almost ripped off leaving the muscle and bone exposed.

‘There’s nothing worse that could have happened.

‘I went to the hospital where I watched Harry being wheeled into intensive care with a stump after his leg had been amputated above the knee. 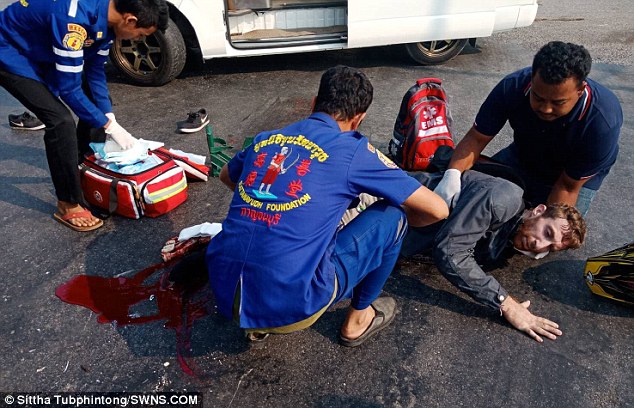 Accident: Mr Buster lost two litres of blood at the scene of the accident on Monday 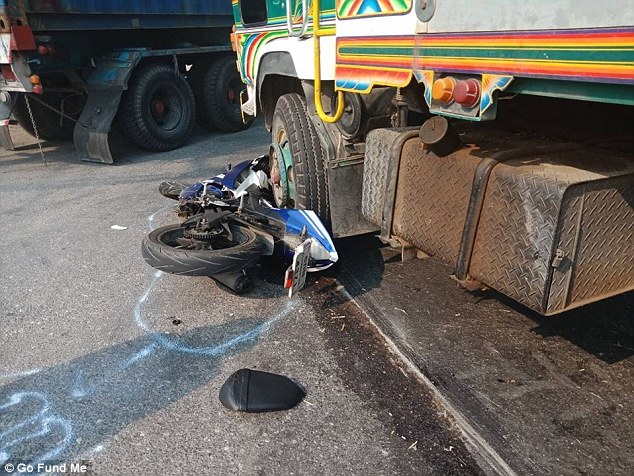 No insurance: Mr Buster did not have travel insurance and his friends are now fundraising to help pay for his £23,000 medical bills 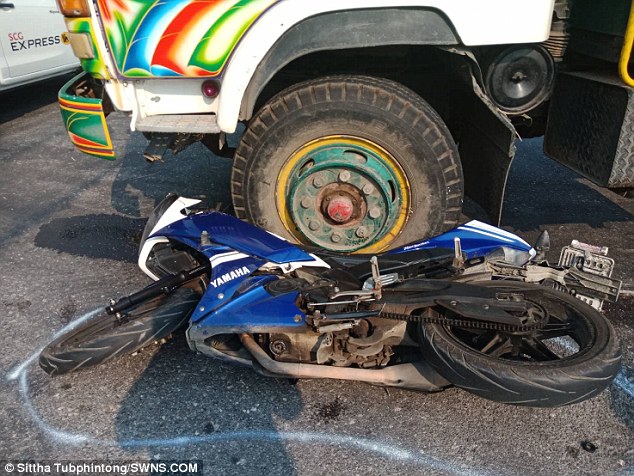 Mr Buster suffered a shattered pelvis, broken ribs, internal bleeding on his liver, kidneys and lungs and currently has a 50 per cent chance of survival

‘It was horrific – bone marrow has been exposed so there is fear of infection which could kill him.

‘He currently has a 50/50 chance of survival considering how serious the other injuries are too – but infection alone could kill him.

Mr Buster arrived in Thailand in October and had been travelling to an immigration office in Kancahanaburi  to extend his visa when he was hit at around 10am on Monday.

It is understood he collided with the lorry, which was travelling in the opposite direction, when it made a right turn into a side road.

He survived the crash thanks to wearing a helmet and protective jacket,  but in addition to his injuries he lost two litres of blood at the scene.

Mr Bailey, a graphic designer, is hoping any money raised will also allow Harry to be moved to a different hospital where surgeons could save the rest of his leg by repairing the joint. 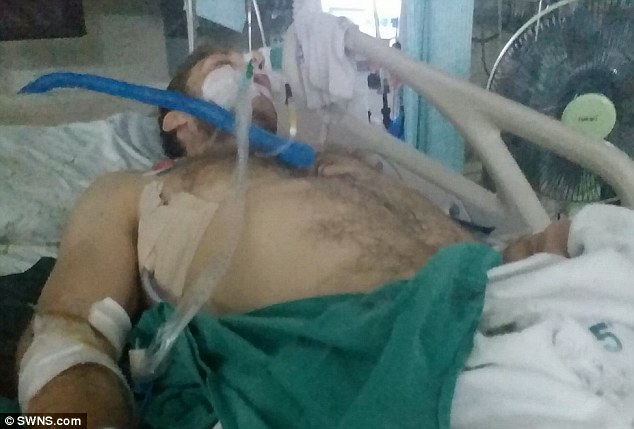 Mr Buster is currently in hospital after having had his leg amputated from the knee-down, and is now likely to have it removed from the hip 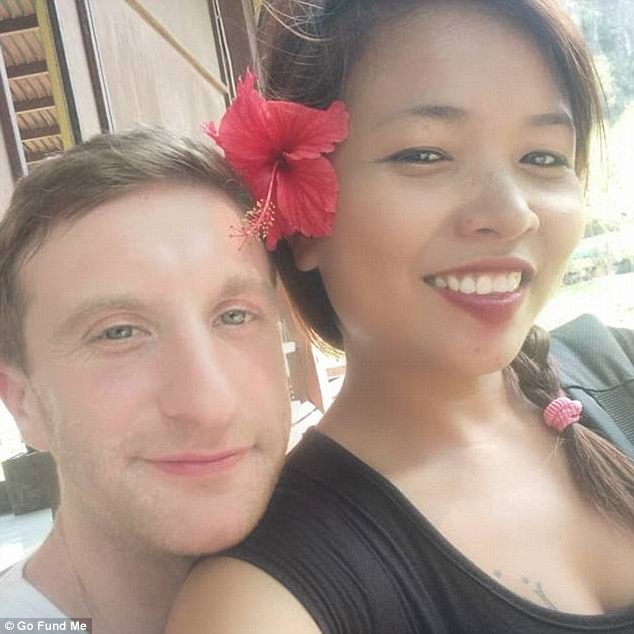 Happier times: Mr Buster, pictured with his girlfriend, had been living in Thailand since October last year

‘I will be letting that happen over my dead body. We’ve got a big chance to save him but we need immediate funding.’

Mr Bailey describes having to call Mr Buster’s parents in the UK to tell them about the accident.

‘His mum wouldn’t stop screaming. I kept saying ‘He’s alive and that has to be the main focus’. ‘They flew out straight away.’