London man who thought he was meeting teen girl is snared

Ashley Emery, 44, sent explicit messages to meet the fictional 15-year-old girl and arranged to meet her in central London.

The production manager had took the day off work and travelled an hour from his Middlesex home to meet the child – yet he was actually greeted by the vigilantes who pose as children online to catch the predators.

Emery, who had previously admitted two counts of possessing extreme pornographic images portraying an act of oral sex with a dead or alive animal, was caught by the pair, who have posted a 10-minute video of the encounter onto YouTube. 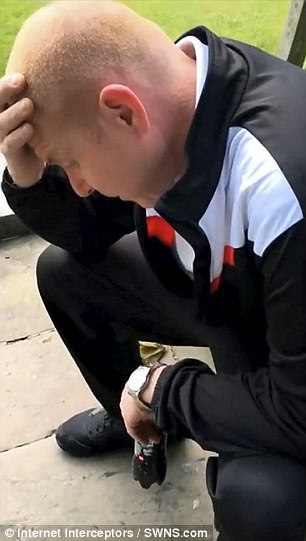 Ashley Emery, 44, exchanged explicit messages with someone he thought was a 15-year-old girl and then arranged to meet in the centre of London

He initially attempts to deny he had arranged to meet the girl, but quickly backtracks.

He tells them: ‘What I say and what I do is two different things – all I can do is apologise. I started talking to her because I thought she was 19.’

One of the hunters tells Emery: ‘You are a disgusting, vile human being.’

They then proceed to read out some of the explicit messages he had sent the made-up child, knowing she was just 15.

One said: ‘Hi there, how was your day?’ and the hunters reply ‘I’ve been at school.’

Another of his messages reads: ‘Your profile said that you’re 19, so what are you doing now then?’

He is then shown holding his head in his hands, pleading: ‘This is the first time I’ve done it – I’m feeling very sorry for myself.’

One of the anonymous hunters replies: ‘I feel sorry for the person you’ve done this to.’

‘How about all the young boys and girls that get abused by people like you?’ says the other.

The video of Emery has since been handed to police. Emery has been convicted of attempting to meet a girl under the age of 16 following a trial at Southwark Crown Court. He is set to be sentenced on November 3. 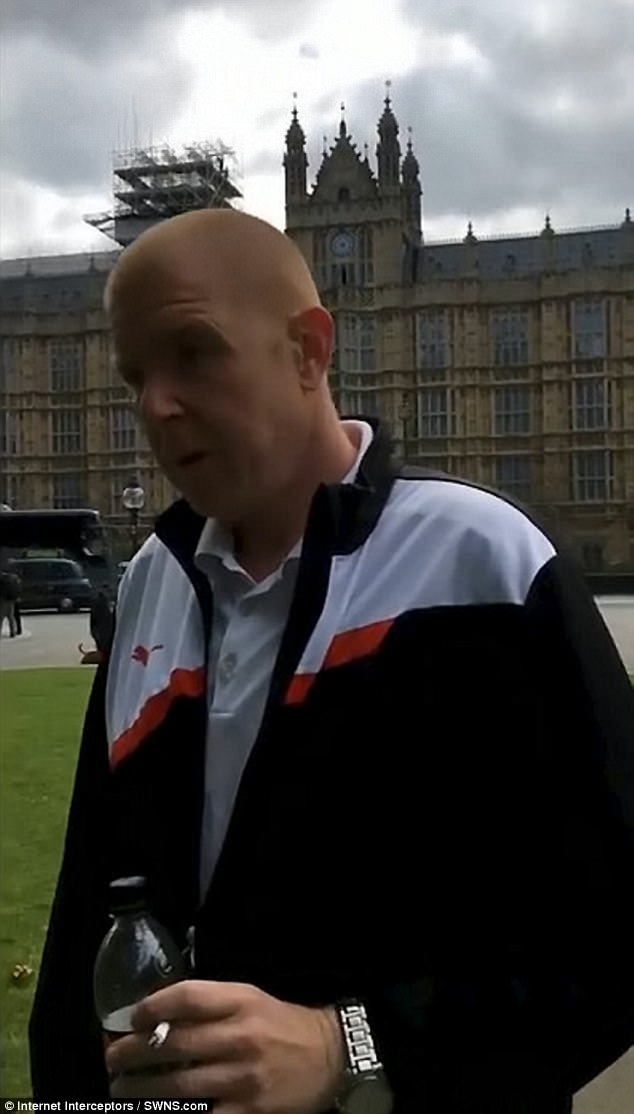 Earlier this week, the head of the child protection at the National Police Chiefs’ Council, chief constable Simon Bailey, admitted to the BBC that police may work with paedophile hunters.

He said: ‘I’m not going to condone these groups and I would encourage them all to stop, but I recognise that I am not winning that conversation.’

In 2016, figures show that vigilante evidence was used in 44 per cent of court cases in England, Wales and North Ireland in child sexual grooming cases.