The property market caught a chill amid March’s cold weather with the average house price falling by 0.2 per cent compared to February, official data showed today.

London suffered falling property values prices dropping by 0.7 per cent over the year, which is the worst annual performance since September 2009, data from the Office for National Statistics revealed.

The most up-to-date Land Registry sales figures for England show the number of completed house sales in January fell by 12 per cent to 50,583, compared with 57,498 a year earlier.

Kevin Roberts, Director, Legal & General Mortgage Club, said: ‘Whilst some may talk of a slowdown, the softening in house price growth should be welcomed by all.

‘Not only will this make it that little bit easier for potential buyers to make their first move, but the wide range of products available on the market means there is more choice and flexibility than ever before.’

With prices having risen by 4.2 per cent in the last year, the average rate of growth has been slowing since mid-2016, the ONS said.

Nationally, the average cost of a home may be £9,000 more expensive than a year ago, but regional variations remain entrenched. 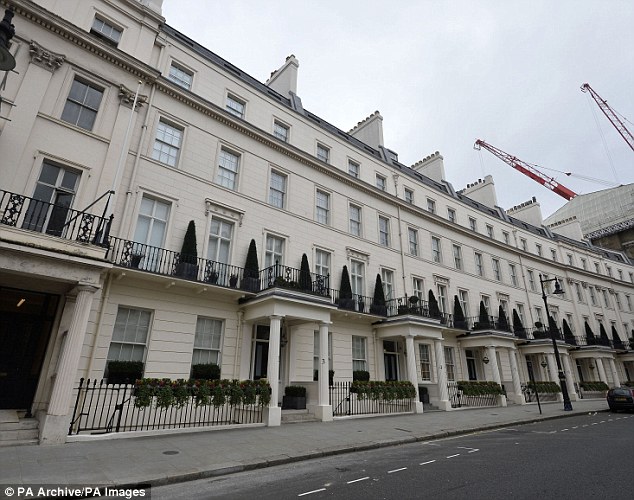 Slowdown: London suffered the lowest annual growth, with prices dropping by 0.7 per cent over the period 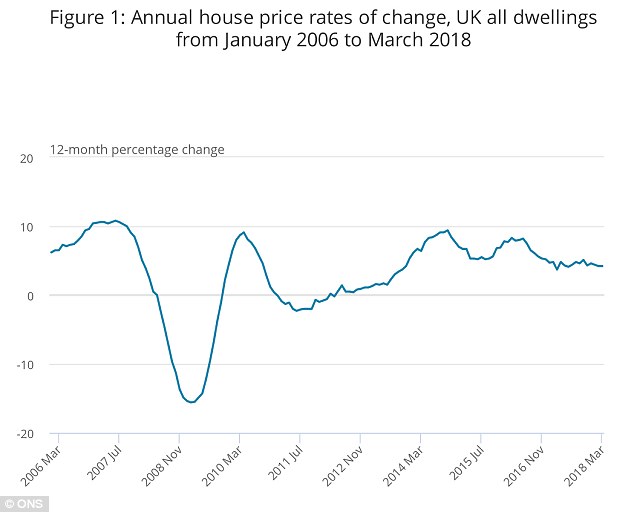 In the year to March, average property prices in England rose by 4 per cent, with the average cost of a home standing at £241,000.

On a regional basis, London continues to be the region with the highest average house price at £472,000, followed by the South East and the East of England, which stood at £321,000 and £291,000 respectively.

In London, homes at the high-end of the market are becoming increasingly difficult to sell, with would-be buyers unwilling to part with ever-increasing sums. 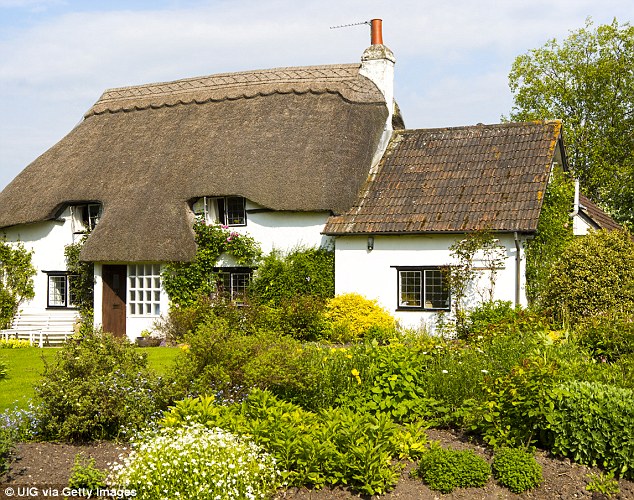 Regional variations: In the last year, average property prices in England rose by 4 per cent

Stamp duty hikes, including an additional charge imposed on second homes, have also taken their toll in the capital.

‘It does feel like we have a stand-off between buyers and sellers at the moment, particularly in London’, Sam Mitchell, chief executive of Housesimple.com said.

The region with the lowest average property prices remains the North East, with the average cost of a home standing at £124,000. 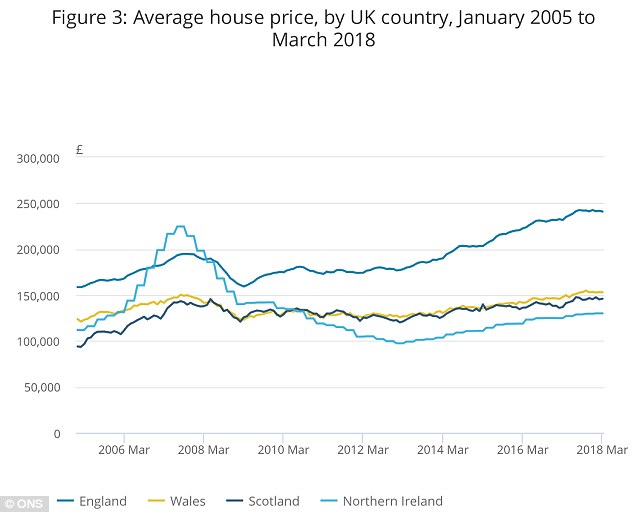 Steve Seal, Director of Sales and Marketing at Bluestone Mortgages, said: ‘With house price growth rising at a more sustainable rate, it is very much a buyer’s market.

‘However, the fact that many would-be homeowners still struggle to secure lending remains unchanged.’

Mike Scott, chief property analyst at Yopa, said: ‘We can expect to see small monthly changes and a reducing rate of annual increase over the next few months.’

He added: ‘The London market remains difficult, due to the continuing effects of stamp duty changes and Brexit worries. Prices are still increasing in all other regions of the UK, and are unlikely to go negative in the next few months.’ 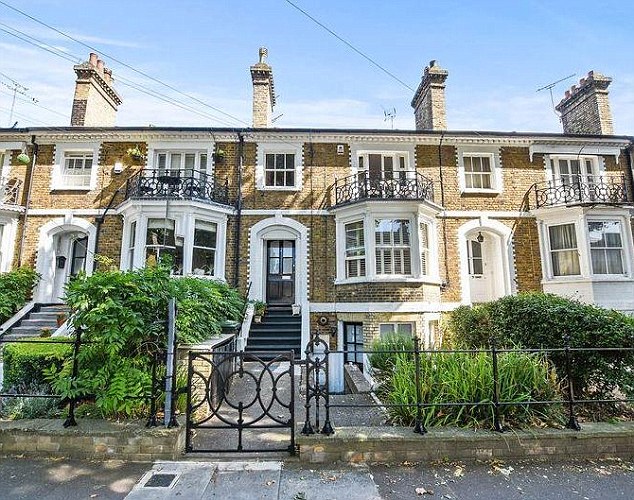 Interest rates: Earlier this month, the Bank of England’s Monetary Policy Committee voted to keep interest rates on hold at 0.5 per cent

For years, buyers across the country have been able to enjoy cheap mortgage rates, thanks to record low interest rates.

Earlier this month, the Bank of England’s Monetary Policy Committee voted to keep interest rates on hold at 0.5 per cent, sparking good news for mortgage-holders, while savers remain in the doldrums.

This week, Bank of England officials, including Mark Carney, said they think the economy will rebound in the second half, following a sluggish start. Interest rates look set to rise gradually later in the year.

Inflation falls to lowest level for a year

Inflation fell to its lowest level for more than a year in April despite surging fuel costs and record price rises on soft drinks after the sugar tax came into force.

Figures from the Office for National Statistics show the Consumer Price Index fell to 2.4 per cent last month, down from 2.5 per cent in March.

Economists had been expecting inflation to stay steady at 2.5 per cent.

The Government’s sugar tax came into effect on April 6, pushing up soft drink prices, which saw their biggest ever rise for this time of year, up a record 2.8 per cent month-on-month, and 6.2 per cent year-on-year, according to the ONS.

However, many retailers have not passed on the cost of the tax to consumers yet, while some had increased prices in advance.