The Araki in London – where the set menu costs £300 per person –  was given the stars on Monday by the French gastronomic guide.

Situated in the upmarket Mayfair area, it is the first Japanese restaurant in the United Kingdom to be awarded three stars in the annual appraisal after previously winning two.

The restaurant’s set menu costs £300 per person and is run with just three members of staff, including owner Mitsuhiro Araki, pictured

Japanese chef Mitsuhiro Araki opened the sushi bar in 2014 after closing his three-starred restaurant in Tokyo.

International director of Michelin guides Michael Ellis said the chef had continued to improve The Araki since moving to the capital.

‘With its nine-seater counter, The Araki has gone from strength to strength,’ he said. 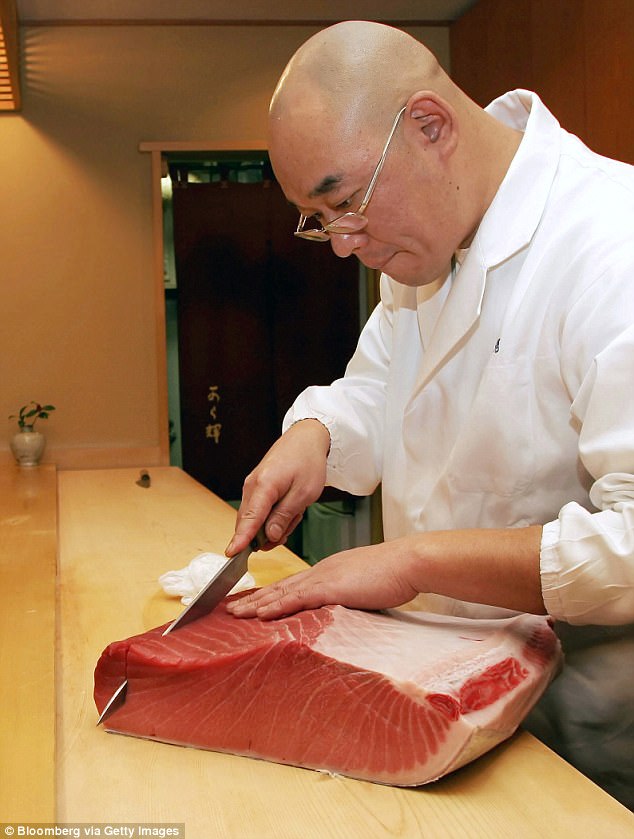 ‘When Mitsuhiro Araki moved to London… he set himself the challenge of using largely European fish and his sushi is now simply sublime.’

The eatery’s website boasts that each of its nine seats are able to fit around the chef’s table, where edomae sushi is served according to a 200-year-old tradition.

Mr Araki and wife Yoko run the restaurant with the help of just one assistant.

The counter joins Alain Ducasse at the Dorchester and Restaurant Gordon Ramsay in London, as well as The Fat Duck and The Waterside Inn, both in Bray, Berkshire, as three-star rated. 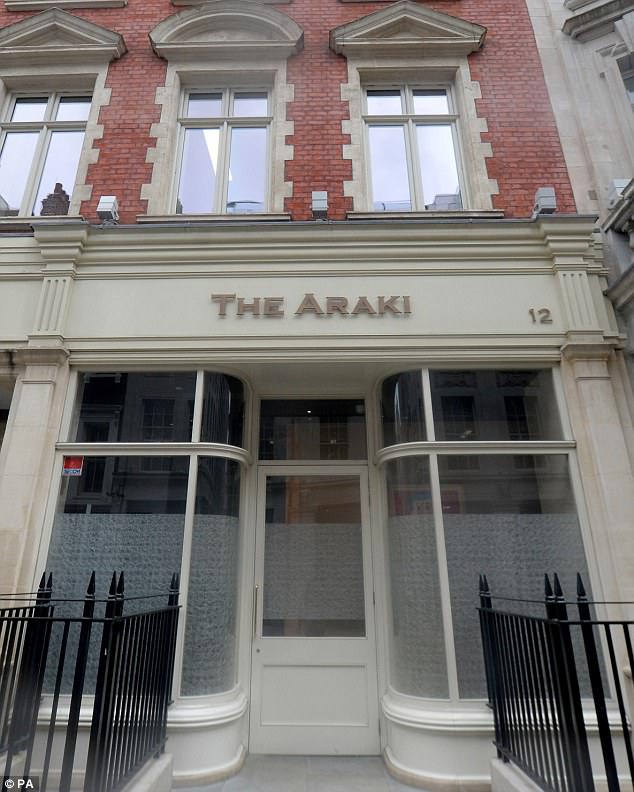 The 2018 guide for Great Britain and Ireland awarded two stars to 20 restaurants, including Claude Bosi at Bibendum, which opened in Michelin House in Chelsea, London, earlier this year.

A further 150 restaurants were given a single star.

These include The Wild Honey Inn, an Irish pub in Lisdoonvarna, and Loch Bay, a converted crofter’s house on the Isle of Skye in Scotland.

In total, the guide rated 2,067 restaurants and 1,115 hotels and guesthouses across Britain and Ireland.

London has continued to cement itself as ‘a world-class destination for rich, varied eating experiences,’ according to a statement by the Michelin Guide.

But it also noted ‘the offer across Great Britain and Ireland as a whole is developing, often based around exceptional regional ingredients’.