A teacher managed to escape two ‘fearless’ moped muggers who tried to steal her phone by waving down a passing van and jumping in.

Lynne Tanswell, 38, was texting a friend as she walked home from the gym in Walthamstow, north east London last Thursday when she was targeted by a pair of youths.

She tried to run away from them but they mounted the pavement on their mopeds, trapping her behind a row of safety barriers. 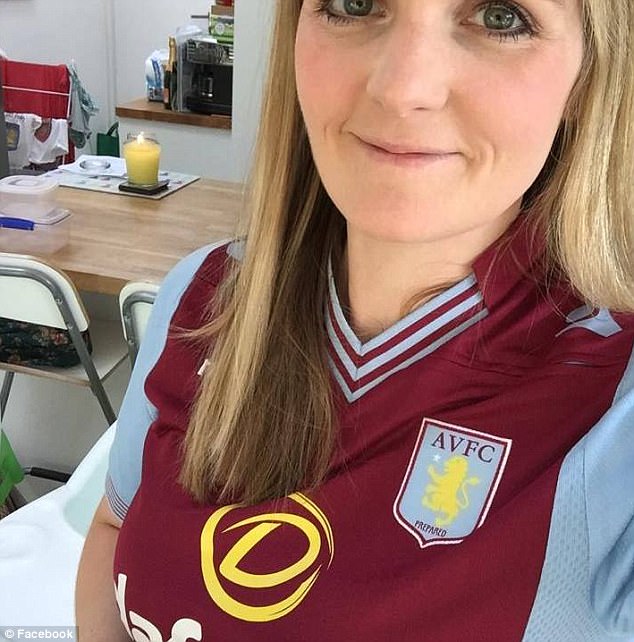 Ms Tanswell, a teacher from north east London, said it was ‘crazy’ the muggers dared to approach her when it was still light outside 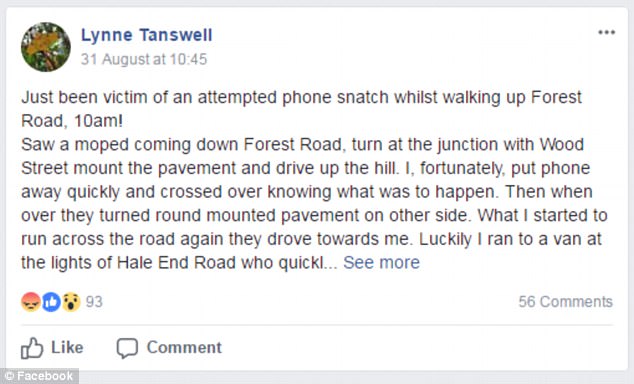 The 38-year-old took to Facebook to share what had happened with her friends and neighbours, warning people to be vigilant when carrying phones

As the muggers turned around in a bid to steal her phone, Ms Tanswell spotted a nearby van and banged on the window begging for help.

The mother-of-two was driven to safety by the two occupants of the van, who worked for a London engineering company.

She took to Facebook to share her shock at what happened, saying it was ‘crazy’ the muggers had targeted her in ‘broad daylight’ and warning people to be vigilant. 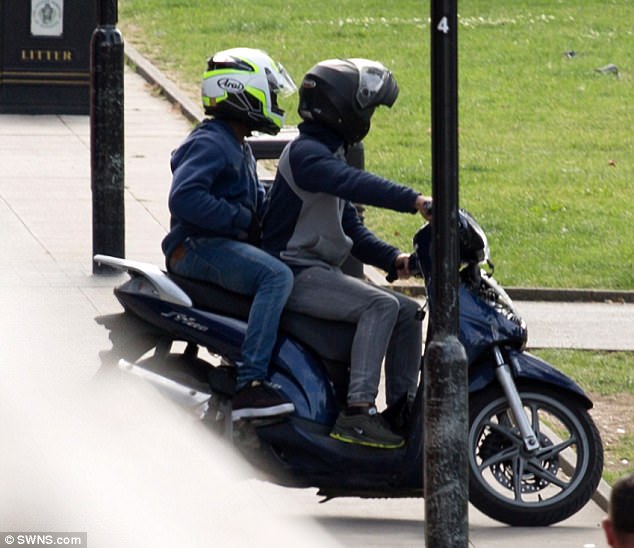 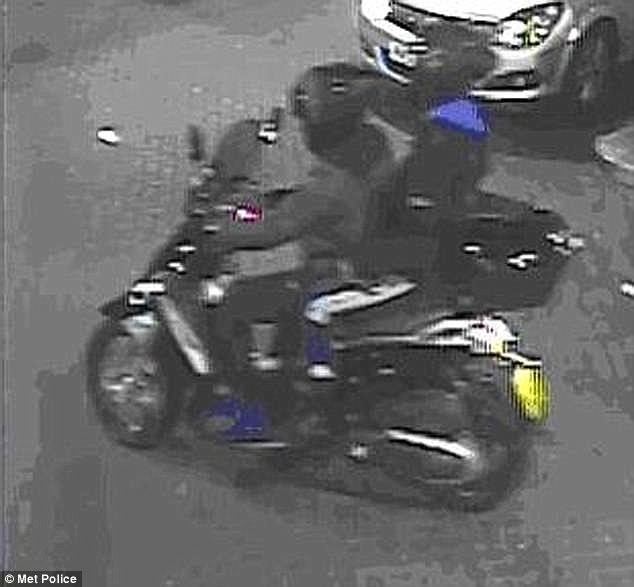 No arrests have been made over Ms Tanswell’s attempted moped attack, but the Metropolitan Police said inquiries are still ongoing (picture from separate incident)

Moped crime on the rise

Moped gangs are pocketing £2,000 an hour snatching phones from people on the street, police revealed in May as they warned it is no longer safe to walk and talk on your mobile.

As officers battle an epidemic of moped muggings, police are now warning the public not to stand on a kerb or street corner with their phone in their hand or risk having it torn from their grasp by thugs who can sell on a single handset for £100.

Up to 50,000 offences a year are being committed by thieves on scooters and mopeds in the capital, while some teenage thieves are being arrested up to 80 times but not sent to jail.

Most of the muggings are committed by gangs on stolen vehicles and officers have seen a spike in moped thefts which has rocketed by 41 per cent in the last 12 months.

Now police are warning it is dangerous to get your phone out in public and they are advising pedestrians to use hands free headsets instead to deter criminals.

The robbers, who usually operate with a pillion passenger, are capable of recognising a mobile phone in a target’s pocket from 30 metres away.

They even practise with friends to perfect their crime before going out on the streets to steal.

By REBECCA CAMBER for the Daily Mail

The 38-year-old told the Evening Standard: ‘I sent a text to someone and looked up and they were coming towards me. I knew they were young drivers from their frame.

‘I knew what was going to happen and kept looking behind me as they turned around.

‘They drove all the way up the pavement coming straight for me and I was trapped by this barrier.

‘I tried to flag down one car but it didn’t stop and there weren’t many people around at the time.

‘I threw myself at the mercy of a van and I said the moped guys were after me.

‘These two heroes just let me in and drove me away, they were so kind. It was scary… it’s gone like the Wild West, those moped riders were fearless.’

The Metropolitan Police confirmed the attempted mugging took place at around 10.10am but said no arrests had been made.

Ms Tanswell thanked the pair who helped her escape, adding: ‘They took me to a safe space and made sure I got home all right, as I didn’t want to be followed.

‘I don’t want it to affect my life because this is my neighbourhood. The police have got to do something about it.’

Police forces across the UK are cracking down on moped-related crime after a spike in attacks across London and other large cities.

On July 15 this year 31-year-old Danny Pearce was stabbed to death by moped muggers who stole his Rolex watch in Deptford, south east London.