Sadiq Khan’s controversial expansion of the Ultra Low Emission Zone to cover all of Greater London from next August will see two in five drivers in the capital opt for an electric car well ahead of the ban on new petrols and diesels, according to a new report.

It claims that 40 per cent of Londoners will consider ditching their vehicles with combustion engines for electric cars ahead of the zone’s extension in less than 11 months.

This is despite recent leaks revealing that two thirds of locals opposed the Mayor’s plans to expand the charging zone boundary to cover all 33 London boroughs next year.

Will ULEZ expansion force Londoners into EV switch sooner than the rest of the UK? New report claims that two in five drivers in the capital will buy an electric car next

Having only been extended to the North and South Circular Roads last October, Mr Khan is pushing ahead with increasing the size of the ULEZ from next year in his bid to reduce air pollution levels in the capital by targeting motorists.

The 29 August 2023 expansion will see the ULEZ grow more than four times its current size, stretching from Heathrow Airport to Upminster and Enfield to Biggin Hill to cover an area of 600 square miles.

Analysis shows it will see more than 3.5million additional people living within the ULEZ boundary, with the mayor’s office estimating that an additional 135,000 vehicles will be affected.

This will put thousands of motorists in the difficult position of replacing their cars with ones that meet the zone’s emission standards or face paying £12.50 every day they get behind the wheel of their existing motor. 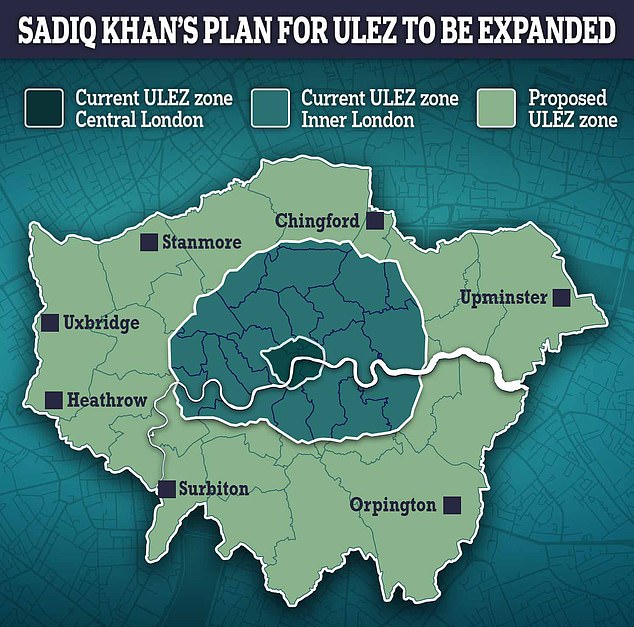 The August expansion will see ULEZ grow more than four times its current size, stretching from Heathrow airport to Upminster and Enfield to Biggin Hill to cover an area of 600 square miles

And it appears that many drivers living within the extended ULEZ area will not opt to trade-in for a newer petrol or diesel motor and instead make the leap to a fully-electric vehicle instead.

Website Move Electric conducted interviews with 384 Greater London residents who own a car and found that the expansion could prompt 40 per cent to consider an electric vehicle as their next car.

This is despite most petrol cars built after 2006 and diesels from 2015 onwards being exempt from ULEZ, under the current rules.

With the ban on sales of new petrol and diesel cars scheduled for 2030, Move Electric says many drivers in the capital will be making the switch a full seven years earlier than they possibly need to. 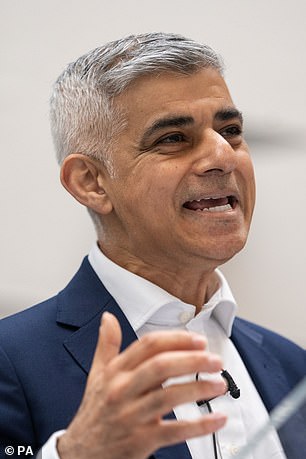 Its editor, James Attwood, said: ‘The intent of ULEZ to deter drivers from using old, polluting vehicles and to decrease air pollution in the capital is clearly working as our research shows 39.8 per cent of car owners in Greater London could make the switch to electric if the zone was to expand further next year.

‘Alongside expanding the ULEZ, it is important London’s boroughs, and the whole of the UK, is ready to meet widespread EV adoption, with sufficient electric vehicle public charging infrastructure, as well as ensuring more investment is made towards greener transport methods such as cycleways and electric buses.’

While Move Electric’s own research, likely completely by drivers who already own or are invested in the idea of driving an EV, found that 42 per cent of motorists polled support the Mayor of London’s plans to expand the ULEZ boundary.

More than a quarter of car owners in Greater London told Move Electric their vehicle will not comply with ULEZ requirements, while another eight per cent were unsure whether their vehicle was compliant.

However, of those it surveyed who currently own a non-compliant vehicle that will be subject to the £12.50-a-day charge, 78 per cent said they do not support the suggested ULEZ expansion. 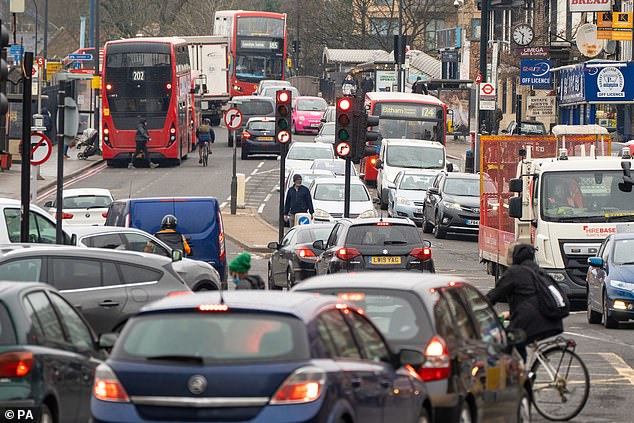 TfL estimates that the ULEZ extension will cost £200m in installing new signage and ANPR cameras. However, the larger zone is predicted to rake in an extra £1.7m per day

This revelation tallies more closely with leaked reports that more London residents have been opposed to the zone’s extension than in favour, even when the proposals were put to public consultation by Sadiq Khan that closed on 29 July.

Is your vehicle ULEZ compliant?

Below are the emission standards required to be exempt from the daily charge for different vehicle types:

If you’re unsure about the emission standard of your vehicle, you can use the ULEZ registration look-up.

TfL consultation documents seen by The Telegraph show that 66 per cent of respondents voted against the plans.

Of these, almost 60 per cent were totally against the plans, while just over seven per cent wanted to expansion delayed.

The extension will come at a cost of around £200million to install new signage and cameras, TfL revealed earlier this year, though it will be raking around £1.7million extra per day, based on the mayor’s office’s estimations.

Many have called for the plans to be pushed back in light of the cost-of-living crisis, including Croydon Council, which put out a statement in opposition to the expansion in August.

‘During a time when so many of our residents are feeling the squeeze from increasing cost of living, it is concerning that they are faced with the prospect of a £12.50 ULEZ charge for a trip to the shops,’ said Jason Perry, Mayor of Croydon.

With global car production still restricted by supply shortages, industry experts have also warned that new vehicles might not be available for Londoners to buy and many will have to pay inflated prices to get their hands on cars.

Will you need to pay an emission tax to drive where you live? 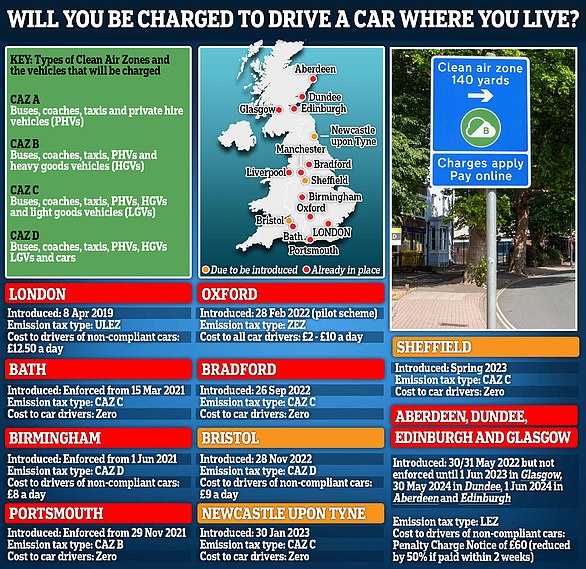 Drivers of older cars across Britain will soon have to come to terms with the concept of emissions tax zones in the most polluted cities that could turn vehicle ownership from a convenience to a burden.

Under government orders, councils have been told to curb their air pollution levels – and to do so, they should rid their roads of the dirtiest vehicles.

Some 13 cities in total have – or plan to – introduce charging zones for motorised vehicles by the middle of 2023.

Here’s our in-depth guide to all the different vehicle charging zones in Britain.