London vicar is sacked after he divorced his wife

A vicar was sacked and his children were left homeless after the church he worked for kicked them out when he divorced his wife.

Rev Jonathan Gould, 59, was told that marital breakdown is a ‘terrible testimony’ to both ‘believers and non-believers’ and was forced to leave.

The father-of-four informed St John’s Downshire Hill in Hampstead, north west London, that his 18-year marriage with his wife Beth was on the rocks.

He had been the minster at the church for 21 years and agreed to take four months off after he spoke with trustees.

But his job was quickly ‘terminated with immediate effect’ and his lawyers have suggested he would not have been fired if he was single, reports The Sun.

According to the newspaper he is suing the church for discrimination and said the whole process has been ‘devastating’.

Mr Gould, a former lawyer at a city law firm, told the paper: ‘It’s been absolutely devastating for me, personally, and devastating for the children as we lost our home when I was dismissed.’

But his wife Beth, 53, said the church was ‘very generous’ and insisted the pair could get back together.

She said: ‘He had every chance to resign and bow out and to continue with the marriage. The church were very generous, as I was too.

‘There is definitely still an opportunity for him to work at our marriage.’

Mr Gould has been removed from the church’s website but an old description of him said he trained in Oxford before working in London. 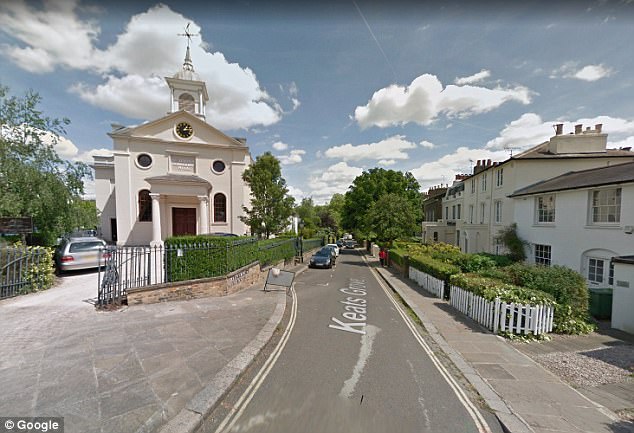 Mr Gould is the author of the book, What Christians Believe, and he was described as having a ‘logical mind’ and a ‘loving concern’ for people.

Simon Manchester, the Senior Minister at St Thomas’ Anglican Church in Sydney, said: ‘Here is a sane guide to a sane confidence in Christ.

‘Jonathan Gould is blessed with a logical mind and a loving concern for people – I especially liked his answers to important questions at the end of each chapter.

‘I have seen many people brought out of fog into faith under his ministry and hope this book will bring many more.’