Rail services on some of Britain’s busiest routes were disrupted by a signal failure today, causing travel chaos for tens of thousands of passengers.

South Western Railway services to and from London Waterloo, the country’s busiest station which is used by 250,000 commuters a day, were cancelled or delayed.

Passengers told MailOnline that their fellow commuters were fainting due to overcrowding and complained of station staff not knowing what was going on. 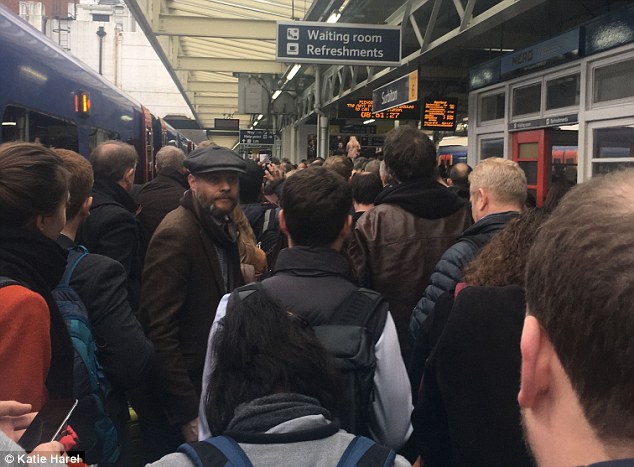 The disruption, caused by problems at Wimbledon in South West London, was set to last all morning and saw passengers have to use buses to get into the capital.

The problems led to chaotic scenes at railway stations across London and the South East, with passengers packed onto platforms waiting for information.

Katie Harel, 37, was hit by the delays as she tried to get from her home in Woking, Surrey, to her workplace as a marketing director in Earlsfield, South West London.

But she told MailOnline: ‘I’m coming from Working and on the 07:59. We get to Woking and there’s no announcements, nothing said, the trains are full. 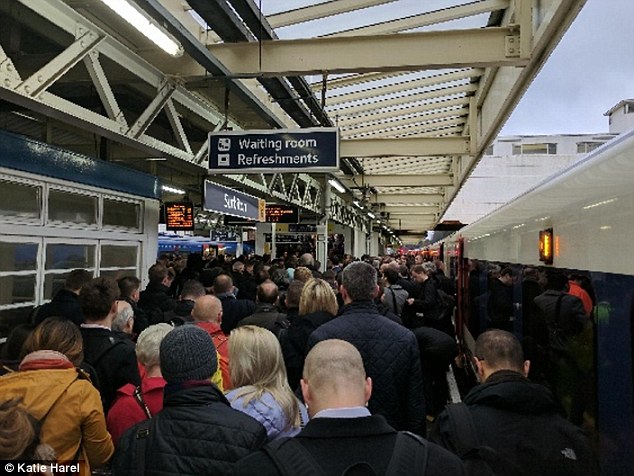 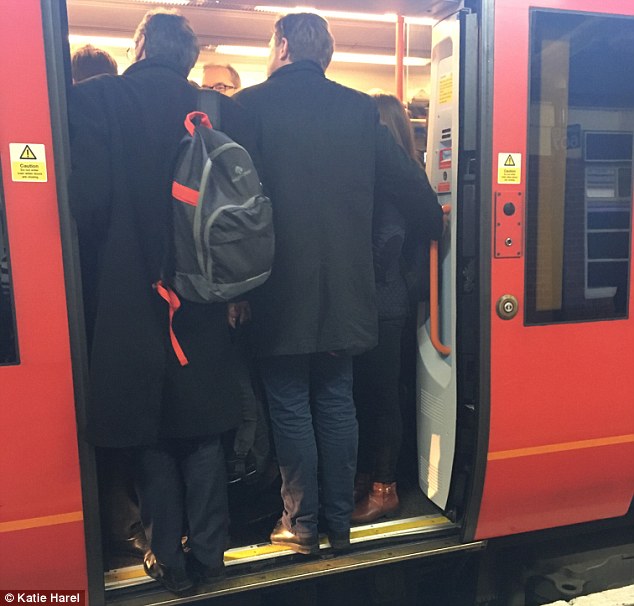 The problems led to chaotic scenes at stations across the South East, including in Woking

‘Originally it said the 0759 would depart at 0802, but no announcements. Everybody is crammed on the train like sardines, nobody can move. I couldn’t get on it.

‘My friend was on it, they had to get off at Surbiton. Nobody would give us any information, nobody is helpful. It took me 35 minutes to get to Surbiton.

‘The crowding was unbelievable. One passenger fainted on our train, there was an ambulance at Surbiton when we got there.’

Ms Harel spoke to MailOnline at 10am, waiting for a taxi from Wimbledon to Earslfield. In that time she had taken the train from Woking to Surbiton, before taking a bus to Kingston and another to Wimbledon. 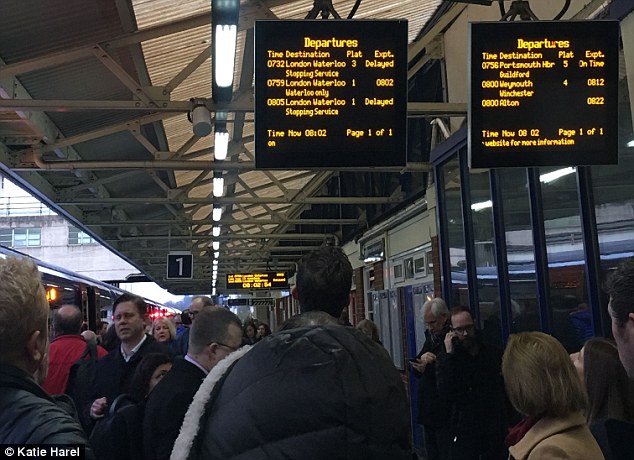 She pays £241 a month for her season ticket from Woking to Earlsfield, and added: I lived in Hong Kong for seven years and I was never late for work.’

An SWR spokesman said: ‘Due to a problem with a set of points at Wimbledon fewer trains are able to run on all lines.

‘Trains running through this station may be cancelled, changed or delayed.  Disruption is expected to affect service until the end of the day.’

The chaos came ahead of four days of industrial action on SWR over Easter by the Rail, Maritime and Transport union in a dispute over the role of guards.

Meanwhile, Great Western Railway apologised for disruption which it said was due to a ‘failed freight service’. 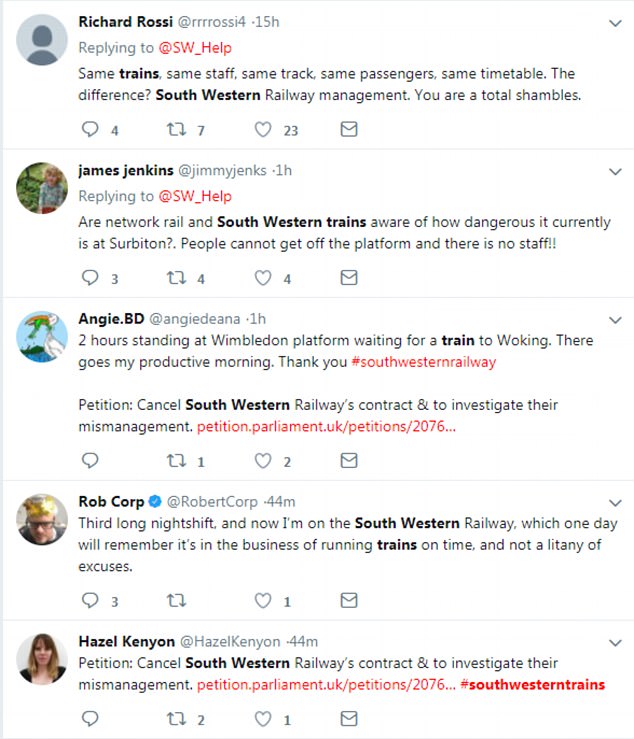 Southern Rail said that while all lines to and from Brighton have reopened, delays and short notice cancellations are expected to continue until 11am.

Network Rail said problems with trains to and from Brighton were due to a trespasser on the line. It said there will be major disruption at Brighton until about 2pm.

Even though trains are able to run to and from the station, there could be delays of up to 60 minutes due to trains and crew being out of position.

National Rail have ‘strongly advised’ people to travel later this morning if possible.