‘World’s strangest turtle’ is brought back from the brink of extinction: Scientists track down rare Cantor’s giant softshell turtle eggs in India and release five hatchlings back in the wild

London Zoo has rescued one of the world’s rarest – and strangest – turtles from extinction.

Cantor’s giant softshell turtle, which can grow up to six feet long, was thought to have permanently vanished from India after it had not been sighted for 10 years.

It’s the world’s biggest freshwater turtle – and considered one of the strangest as it spends much of its life buried in sand with only its eyes visible.

A tiny baby Cantor’s giant softshell turtle with a coin for size reference. The species (Pelochelys cantorii) can grow up to six feet long

But it can suddenly dart forward faster than a king cobra to catch a crab or fish – crushing bone with one snap of its powerful jaws.

Unfortunately, the critically endangered turtle is at high risk of disappearing, with just small pockets surviving in Cambodia and Vietnam.

It is on the brink of extinction, under threat from harvesting by local people for meat, accidental killing and the destruction of its freshwater and coastal habitats.

But a team from the Zoological Society of London tracked down some baby turtles – giving hope that the species will make a recovery in the sub-continent. 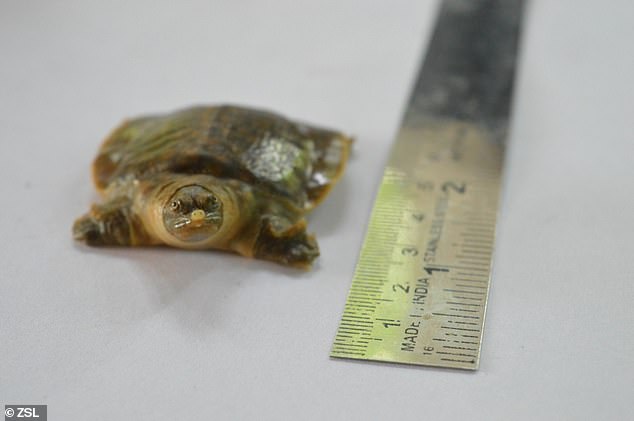 In India, it was thought to be extinct until a nest was found in Kerala in 2020,  although it had been destroyed by sand mining.

Considered one of the strangest-looking turtles, Cantor’s giant softshell turtle does not have a ‘shell’.

Instead, it is protected from predators by the protruding ribcage over its back but still under its skin.

ZSL researcher Ayushi Jain tracked down the turtle on the Chandragiri river in Kerala. 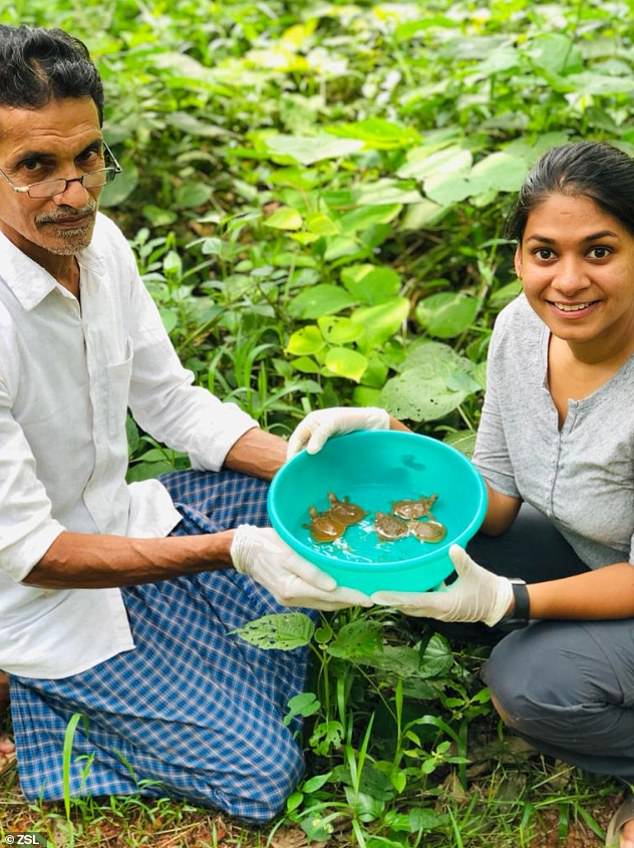 With the help of a network of locals – who know the turtle as Bheemanama or Paala poovan in Malayala, the local language of Kerala – Jain found some turtle eggs.

The eggs were transported to a hatchery under the guidance of Ben Tapley, ZSL London Zoo’s curator of amphibians and reptiles.

Last week, Jain’s team released five healthy hatchlings back to the wild for the first time in India.

It is now hoped that more hatchlings can be released in the country.

The survival and safe release of the hatchlings will increase the likelihood of bringing this species back from the brink, according to ZSL. 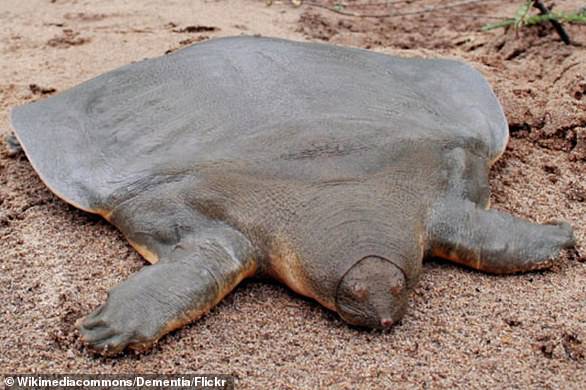 Cantor’s giant softshell is an exceptionally large freshwater turtle (with lengths up to six feet (200cm).

It’s easily recognised by its broad head with eyes close to the tip of the snout giving it a frog-like appearance.

The species (Pelochelys cantorii) have an extremely large distribution, from Bangladesh to the Philippines and Borneo.

Cambodia is believed to hold a number of significant populations of this species in river swamps, estuaries, and mudflats in lowland areas.

Unusually for most freshwater species, it is also found in brackish coastal waters.

Cantor’s giant softshell is on the brink of extinction, under threat from harvesting by local people for meat, accidental killing and the destruction of its freshwater and coastal habitats.

The species is listed as Endangered by the IUCN Red List.

But according to the EDGE of Existence programme, this assessment is long out-of-date and in need of updating.

Cantor’s giant softshell is listed under Schedule I of the Indian Wildlife Protection Act, designated as a First Grade Protected Animal in China, and is also a protected species in Myanmar and in Vietnam.