By Larisa Brown And John Stevens For The Daily Mail

Oligarchs with links to the Kremlin have used London like a ‘laundromat’ for illicit Russian money, the report warned.

Britain welcomed Putin’s cronies ‘with open arms’ because of the cash they brought with them, the Intelligence and Security Committee (ISC) said.

In damning claims, the report said oligarchs had penetrated British democracy by donating to political parties and hiring peers for their businesses.

MPs and peers on the ISC concluded that rich figures from Russia have turned the UK capital into ‘Londongrad’ by laundering their money, making Russian influence in the UK the ‘new normal’.

The committee said ‘few questions if any were asked about the provenance of this considerable wealth’.

MPs and peers on the ISC concluded that rich figures from Russia have turned the UK capital into ‘Londongrad’ by laundering their money, making Russian influence in the UK the ‘new normal’

British professionals – including lawyers, accountants, estate agents and PR experts – have become ‘enablers’ for these oligarchs and are ‘de facto agents of the Russian state’, whether they realise it or not.

The report said: ‘A lot of Russians with very close links to Putin, who are well integrated into the UK business and social scene, are accepted because of their wealth.’

Britain has become a ‘particularly favourable destination for Russian oligarchs and their money’.

Aided by the UK’s 1994 investor visa scheme, Russian money poured into charities and cultural and political institutions with ‘few questions – if any – asked about the provenance of this considerable wealth’.

The ISC warned that Kremlin-linked figures have given money to British political parties in a move that could see them used to ‘assist’ Moscow. It did not name any of the Russians living in Britain it suspects of having close links to Mr Putin, or specify which political parties have benefited from Russian donations.

The ISC said: ‘Several members of the Russian elite who are closely linked to Putin are identified as being involved with charitable and/or political organisations in the UK, having donated to political parties, with a public profile which positions them to assist Russian influence operations.’

The investor visa scheme, established by Sir John Major’s Conservative government, offered ‘ideal mechanisms by which illicit finance could be recycled through what has been referred to as the London ‘laundromat’.’ 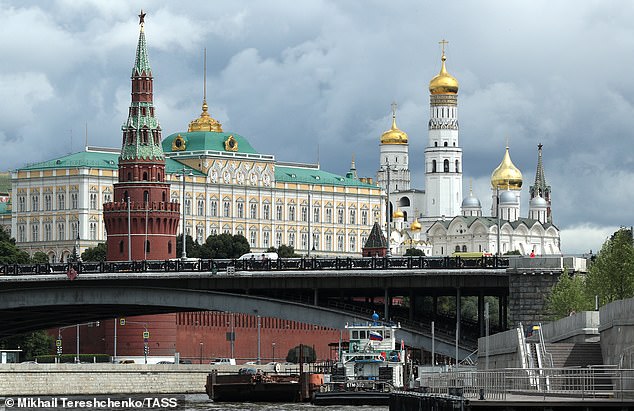 The report said: ‘The money was also invested in extending patronage and building influence across a wide sphere of the British establishment … contributing to a ‘reputation laundering’ process.

‘In brief, Russian influence in the UK is ‘the new normal’, and there are a lot of Russians with very close links to Putin who are well integrated into the UK business and social scene, and accepted because of their wealth. This level of integration – in ‘Londongrad’ in particular – means any measures now being taken by the Government are not preventative but rather constitute damage limitation.’

Responding to the report, the Government said it was determined to tackle ‘dirty’ money.

A spokesman said: ‘The UK has one of the world’s largest and most open economies. These factors make the UK attractive for legitimate business, but also expose the UK to money laundering risks.’

The Government added that it agreed with the ISC that ‘transparency’ about political donations is important.