The tenth person to be murdered in London in just 12 days is the son of a Nigerian politician who was given an award for saving a woman from a sex attack.

Abraham Badru, 26, was shot dead near his family’s home in Hackney on Sunday night at around 11pm.

Paying tribute to his son, father Dolapo Badru, 62, a member of the Nigerian Assembly, similar to the House of Commons in the UK, described him as ‘quiet and hard-working’.

Abraham Badru, pictured, 26, has been named as the victim shot dead in Hackney on Sunday 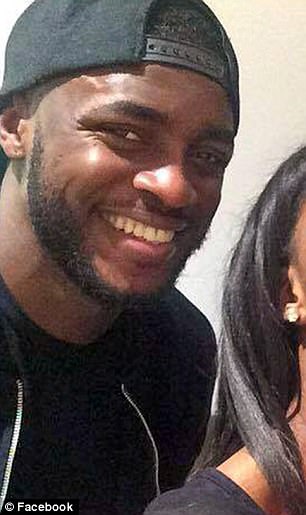 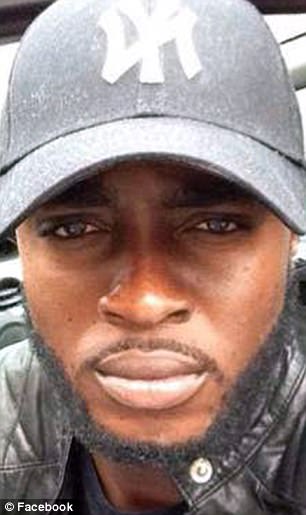 Mr Badru, pictured left and right, is the son of a Nigerian politician and was also given a police bravery award as a teenager when he saved a woman from a sex attack 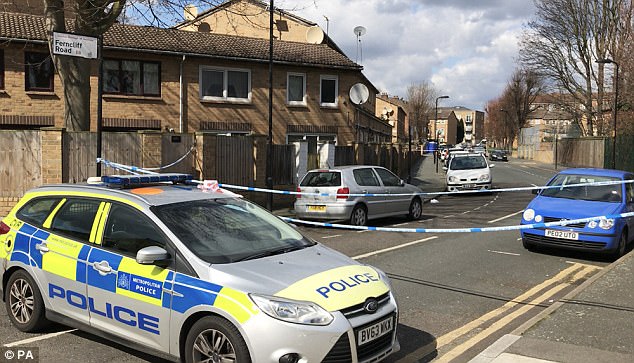 He was shot while getting out of his car near his family home in Hackney, with his mother seen rushing to his side in tears. Pictured is the crime scene, which is still in place

He told the Evening Standard: ‘A few years ago a girl was raped on the estate and Abraham fought them off. He went to court to testify against them and the police gave him an award.’

Mr Badru died with his mother at his side, with witnesses saying she ‘collapsed in tears’ on the pavement.

The 26-year-old had a Masters degree in sports coaching from the University of Gloucestershire and had previously worked as a sport development officer at Bristol City Council, according to his LinkedIn profile.

Friends described him as ‘gentle, bubbly and outgoing’ and ‘the nicest’ man who was ‘making a life for himself’ and regularly attended church with his family.

Neighbours said he was shot while getting out of his car and expressed concerns about safety in the area.

One said: ‘As soon as I heard the bang, I knew it was a gunshot. I’m ex-military and knew that couldn’t be a firework.

‘I went to my balcony and saw a man slumped over on the ground at the back of a car.

‘There was just one shot and a cry of pain. No speeding scooter and no speeding car.

‘I didn’t see anyone make off.’ 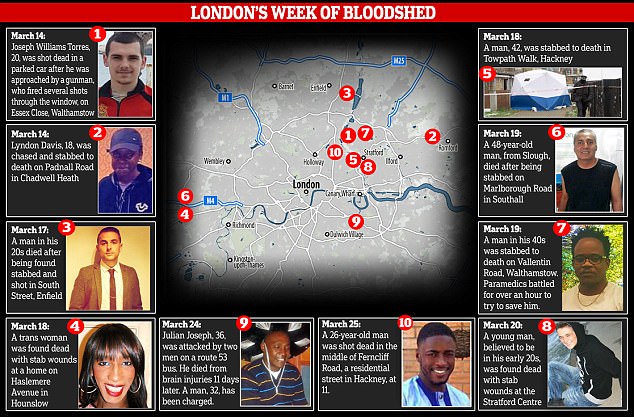 Mr Badru is the 10th person murdered in London in the space of just 12 days. This graphic shows the full extent of the crimes across the city

Another told the Standard: ‘His mother came out and saw him on the floor. It was terrible listening to her collapse crying on the floor. She was just screaming.

‘Everyone was very upset and I had to go away, I couldn’t take it. It happened on our doorstep and I had to say a little prayer for the family.’

A police cordon remains at the scene as officers continue to investigate.

Detective Chief Inspector Larry Smith, from Scotland Yard’s murder squad, said: ‘We are appealing for information so we can establish the circumstances which led to a young man losing his life. 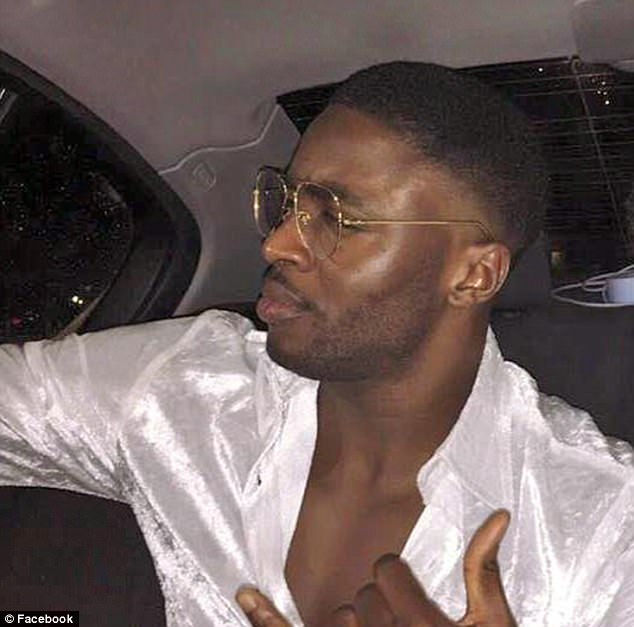 Mr Badru, pictured, had a Masters degree in sports coaching from the University of Gloucestershire. Police continue to investigate his death

‘Anyone with information who hasn’t yet spoken with us should come forward without delay.

‘Your call will be treated in the strictest confidence.’

Concerns have been raised about rising levels of violent crime in the UK, and earlier this month eight people were shot or stabbed in London in the space of a week.