A long-lost World War Two plane flown by a pilot who took part in the ‘Great Escape’ has been found embedded in a remote Norwegian mountainside bog.

The Spitfire AA810 was shot down while on a mission to photograph World War Two German battleship Tirpitz on March 5, 1942.

Pilot Lt. Alastair ‘Sandy’ Gunn, who was shot down by two German fighter planes, managed to get out of the downed plane but was captured by German forces.

The plane was found near the village of Surnadal after Sussex-based researcher Tony Hoskins led a search to the suspected location of the Spitfire.

The remains of Spitfire AA810 as flown by Alastair Sandy Gunn, as laid out in the Town Theatre in surnadal, Norway in July 2018.The remains of a Spitfire shot down while on a mi 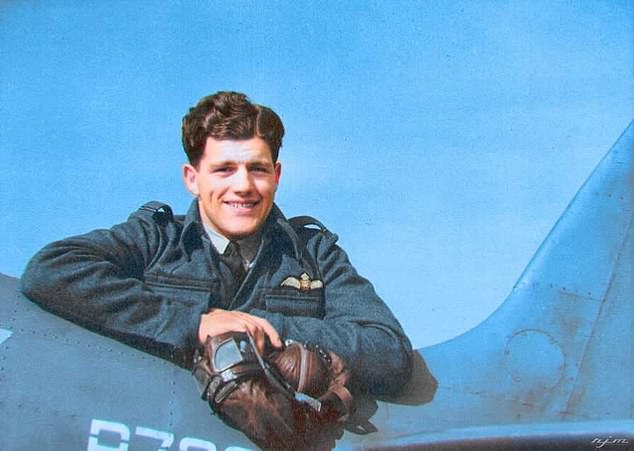 Lt Alastair ‘Sandy’ Gunn, was captured, interrogated, imprisoned and later executed after the Stalag Luft III ‘Great Escape’. His plane, Spitfire AA810, is to be restored and flown again

He led a group of locals who found aircraft parts at a peat bog, before a metal detector was used to indicated more of the plane was buried.

After careful excavation of the plane, it’s pieces were packed and sent back to the UK in August this year.

Approximately 70 per cent of the aircraft managed to survive the crash and damage from being stuck in the bog.

Now a £2.5 million restoration project is underway to restore it to its former glory and try to get it flying again by 2022.

Mr Hoskins told Fox News: ‘This Spitfire is one of the most significant recoveries, if not just in the last 20 years, then potentially ever,’

‘Only a small handful of early Mk1 Spitfires exist, all but one of these have been restored from substantially less recovered wreckage than we recovered with AA810.’ 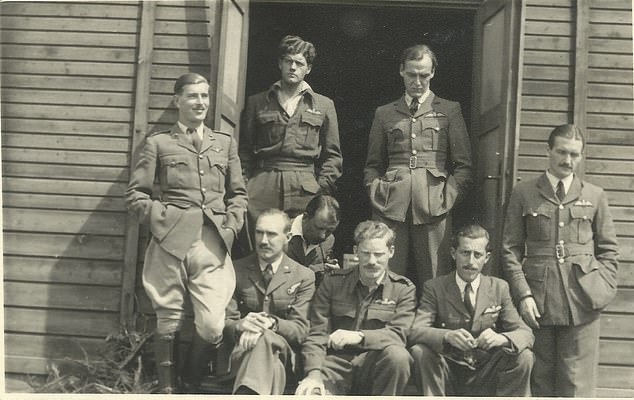 After surviving the crash of his plane, Lt. Gunn was interrogated and at times denied food- but refused to give details of any of his missions.

He was later transferred to Stalag Luft III in Poland, and became a key figure in digging the escape tunnel. 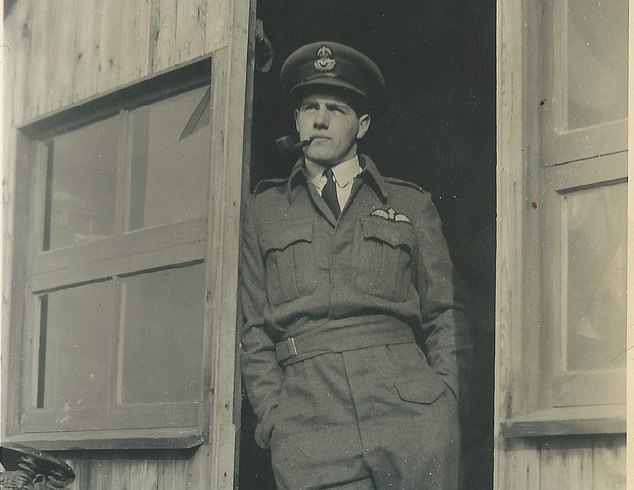 Alastair Gunn at a disperal hut at RAF Benson, 1941. The remains of a Spitfire shot down while on a mission to photograph the WW2 German battleship Tirpitz have been recovered from a Norwegian peat bog

Lt Gunn, who had flown 32 operational missions, managed to escape but was later recaptured after two days on the run and executed.

The plane, which was part of the Photographic Reconaissance Unit, was stripped of guns and used to scope out enemy territory.

The pilots, like Lt Gunn, faced dire chances of survival on their missions from Scotland to Norway to photograph the Tirpitz.

Historian Hoskins is publishing a book on the aircraft called Sandy’s Spitfire and its pilots to coincide with the 75th anniversary of the Great Escape.