A long-brewing feud between two brothers over one of New York’s most beloved French restaurants has finally come to a boiling point – in the courtroom.

The fight between Charles Masson, 63, and his younger brother Philippe, 56, over their family’s restaurant La Grenouille has long been known in Manhattan’s dining scene.

But their rift has become far more public as accusations of racism and bullying became revealed in new court papers.

Charles is fighting to regain control of La Grenouille – a Midtown French eatery once beloved by the likes of Frank Sinatra and Madonna – after he left in 2014. 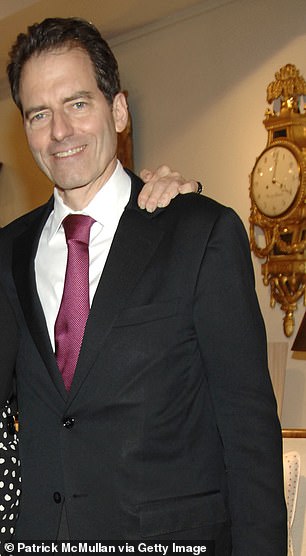 The fight between Charles Masson, 63, (right) and his younger brother Philippe, 56, (pictured with their mother Gisele left) over their family’s restaurant La Grenouille is turning ugly in court 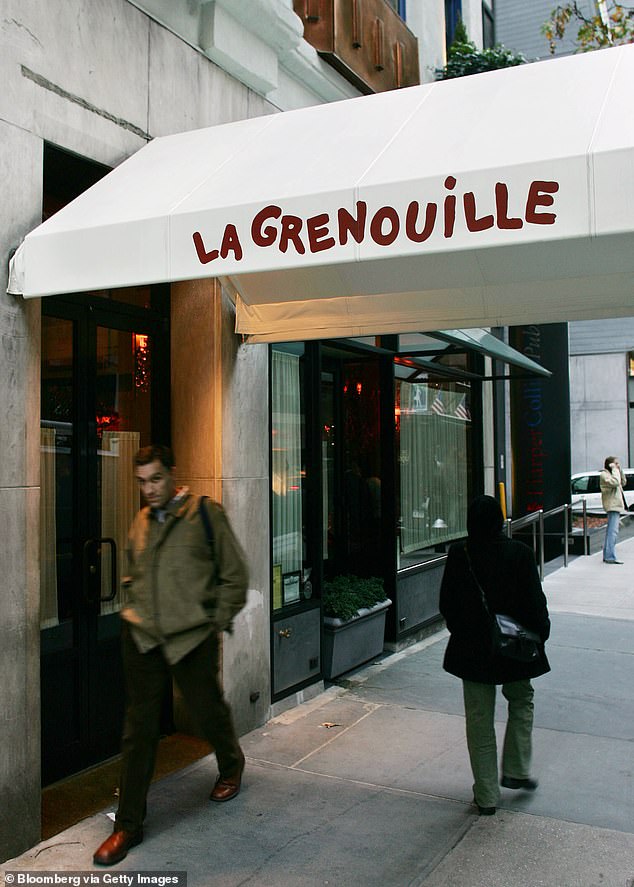 He claims that Philippe, who was given control of the restaurant by their late mother, is using the famed establishment as his ‘personal ATM’.

Court papers reveal that Charles is now fighting to become the executor of their mother’s estate so he can take back the restaurant he managed for 40 years.

‘Philippe Masson has shown himself to be entirely incompetent,’ Charles alleged in a filing obtained by the New York Post.

He claims that his younger brother upped his salary to an ‘outrageous’ sum of $439,000 and uses the restaurant’s funds to pay more than $600,000 in his personal bills, including a pricey New York Athletic Club membership.

Charles also alleges that his brother has ‘grossly mismanaged’ their mother’s estate, racking up $8,000 shopping bills at Saks Fifth Avenue and nearly $1,000 each at Barneys and Bergdorf’s.

The elder Masson claims that La Grenouille has since suffered under his brother’s direction, generating only $100,000 to $250,000 in profits from its $8.4million annual revenue, losing customers, and leaving staff unhappy.

But Philippe isn’t going down without a fight, filing papers that claim Charles is ‘unstable, incompetent, and a racist’, according to the New York Post.

Philippe alleges that Charles would torment the restaurant’s 60 employees, screaming at them over ‘any perceived slight or mistake’.

He claims Charles once kicked a waiter in the leg, threw eggs at a delivery truck, and even drew racist and sexist caricatures of his employees to embarrass them. 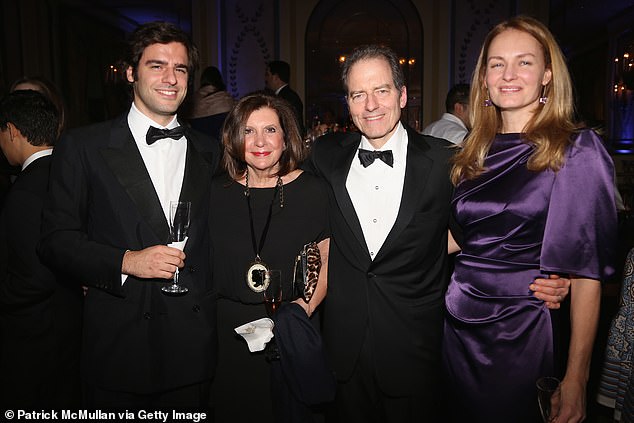 Charles (pictured L-R with his son Charlie, Ana Carmen Longobardi, and Cristina Masson) claims that Philippe, who was given control of the restaurant by their late mother, is using the famed establishment as his ‘personal ATM’ 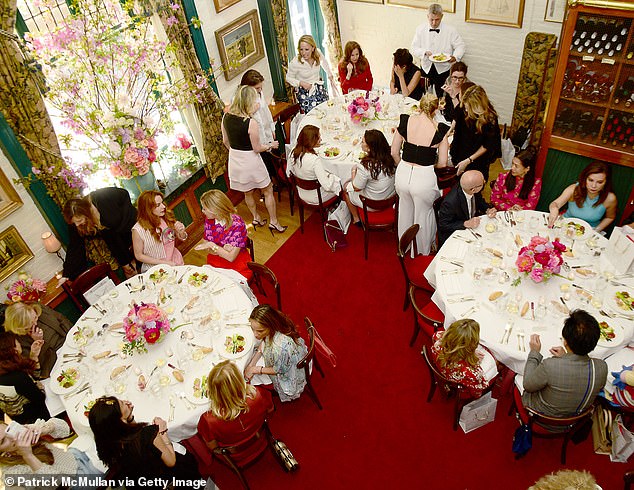 ‘Many customers of La Grenouille refused to come back because of one of Charles’ eruptions,’ one employee of the restaurant alleged in an affidavit.

Philippe also alleges that Charles shut down Saturday dinner service for several months 15 years ago to ‘keep away Jewish diners’, claiming his older brother would say they were ‘always complaining and cheap’.

He claims that Charles tried to buy the restaurant from their mother for $3.46million before she died, and then cut off health insurance payments and wouldn’t let her see his daughter when she refused to sell.

Philippe charges that his brother wants to regain control of Le Grenouille so he can sell it and the $40million building in which the restaurant is found.

It is a claim that would shock many in New York’s fine dining scene, where Charles was beloved during his time as manager of the legendary eatery.

Along with Sinatra and Madonna, the eatery was popular among the likes of Laurence Olivier, Paul Newman, Elizabeth Taylor as well as many in New York’s fashion elite, including Yves Saint Laurent, Oscar de la Renta, and Carolina Herrera. 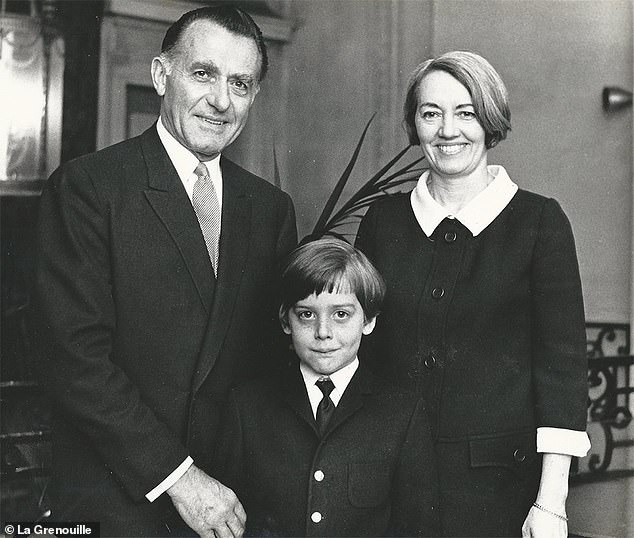 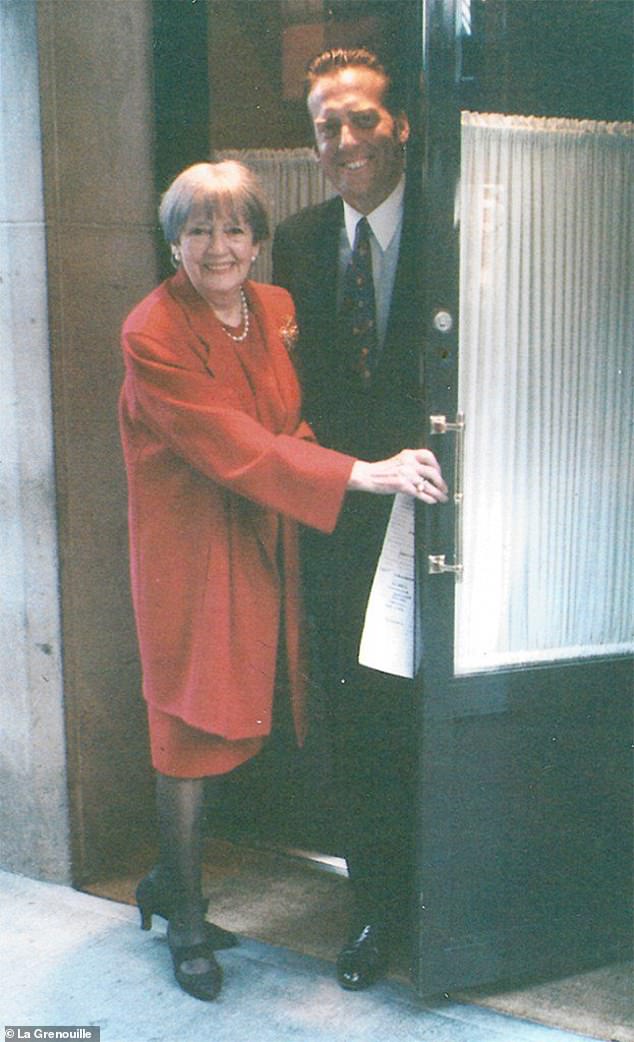 Charles ran La Grenoille from 1975 to 1993 and 2000 to 2014. During the latter period, his brother Philippe moved to Brittany, France to take care of their mother (pictured together)

Charles abandoned his studies at Carnegie Melon to run the restaurant after his father died of cancer in 1975.

‘My mother said “We have to stick together” and I agreed. I dropped everything,’ the elder Masson told Grub Street in 2014 as he recalled the beginning of his career.

Through the years Charles became known for making La Grenouille more accessible, printing the menu in English, relaxing the dress code, and opening a room upstairs for less formal dining.

‘The restaurant has a unique spirit,’ he said. ‘It’s something that a lot of people on the outside don’t realize, that it’s not a haughty French restaurant.’

‘And that’s one of the reasons why I made the changes I did over the years.’

Meanwhile, he and Philippe tried to divide the running and ownership of the restaurant but repeatedly failed as their mother continued to set new conditions.

Charles left La Grenouille for seven years following a fight over control with Philippe in 1993, an argument during which sources claim knives were even drawn.

He would return to the restaurant in 2000 as his younger brother moved to Brittany, France to help care for their mother. 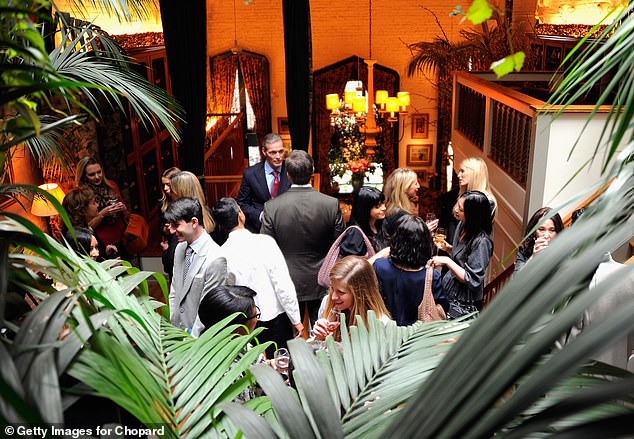 While Charles had managed La Grenouille for four decades, he never owned a single share of the restaurant (pictured) 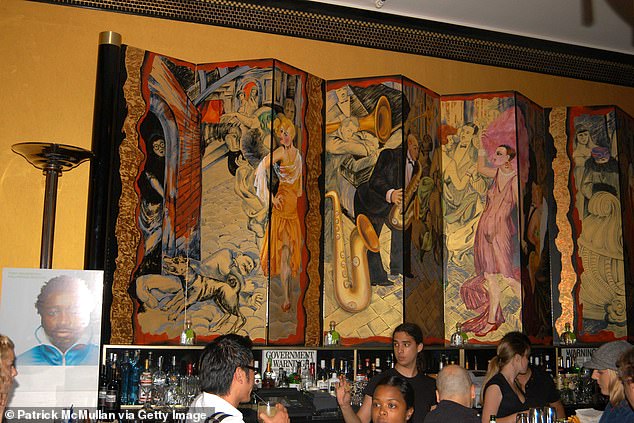 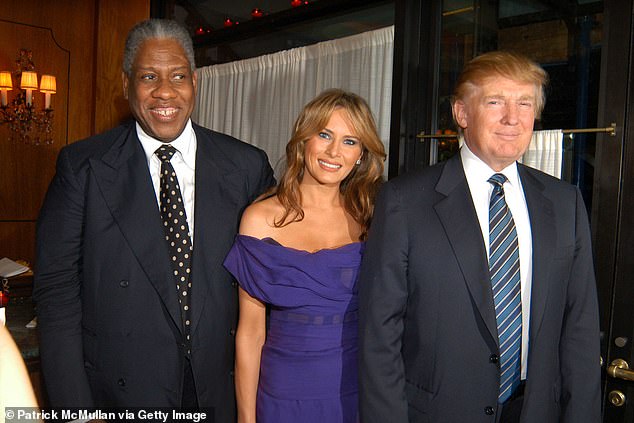 But the restaurant also attracted a number of celebrities. Donald and Melania Trump are pictured at a launch party for Andre Leon Talley at La Grenouille in 2005

But Charles would later claim the distance didn’t matter, alleging that Philippe and their mother tried to manage the restaurant from afar.

‘I was put into a position where I had to resign because for several months and years it became increasingly impossible for me as a manager to run the restaurant,’ Charles told Grub Street.

‘There were things that were happening that I just didn’t have the power to do anything about without my brother and my mother consenting from afar. Even the slightest thing, like a kitchen light fixture.’

While Charles had managed La Grenouille for four decades, he never owned a single share of the restaurant. Shortly before his resignation, Philippe was named majority owner.

Charles said that the new position brought even more emails from his younger brother as he questioned the ‘details of every little move that we made’.

‘It was micromanagement to an obsession,’ he added. ‘We were being scolded and told, “Why didn’t you tell us about this before?”‘

‘I was told by my brother – he told me, my wife, and others – “Remember Charles, you’re just an employee.'”

Philippe downplayed the family rift after news broke of Charles’ departure, claiming his older brother just ‘needed a break’ and that ‘these things happen’. 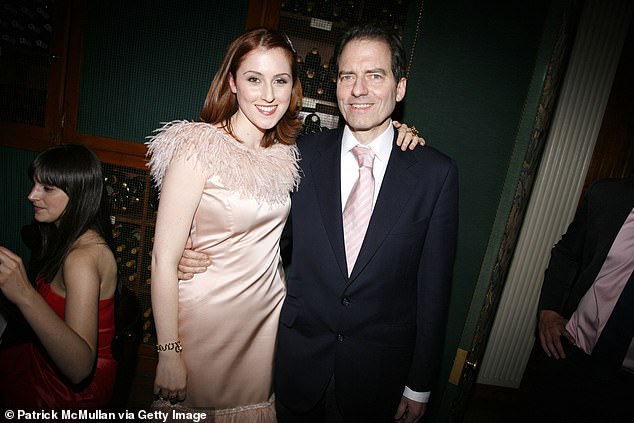 La Grenouille’s longtime customers were outraged after Charles (pictured with his daughter) left, so much so that he spoke out publicly to dissuade them from boycotting the restaurant

But La Grenouille’s longtime customers were outraged, so much so that Charles spoke out publicly to dissuade them from boycotting the restaurant.

‘I worked with the staff there for so many years, they are like a family to me,’ he told Page Six in 2014.

‘If people stop going to La Grenouille, they could lose their livelihoods.’

‘It was a very moving farewell,’ he told Grub Street. ‘I urged all of them to stick together. My message was: “You are La Grenouille. We built this great team – front and back of house – together.”‘

Since Charles’ departure from the restaurant, La Grenouille has become one of the most expensive Prix Fixe courses in New York.

The menu, which includes chilled foie gras, smoked salmon with caviar blini, and poached quail eggs, runs for $57 per course during dinner for a whopping total of $172 – without drinks. 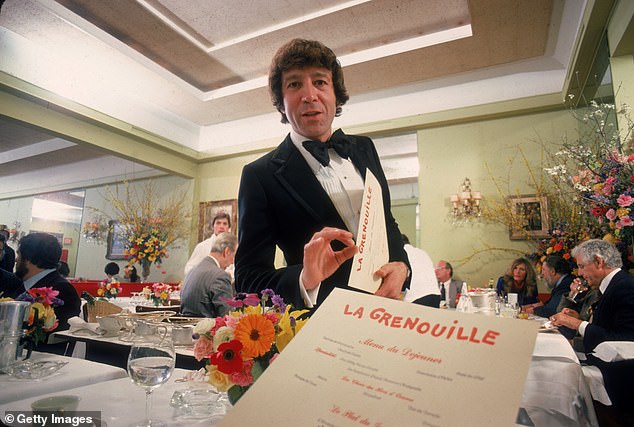 Since Charles’ departure from the restaurant, La Grenouille has become one of the most expensive Prix Fixe courses in New York