Jay Inslee, one of the 25 candidates running for the Democratic primary in 2020, said Sunday he was only half joking when he said he would nominate soccer star Megan Rapinoe as his secretary of state if he were to become president.

‘I haven’t asked her yet about this,’ Inslee told MSNBC Sunday morning. ‘We’ll leave that as a tongue in cheek thing at the moment.’

Inslee said the gay professional soccer player that has risen to priminance as they dominted and won the 2019 Fifa World Cup.

‘I know she would do better than the Trump administration,’ she added. 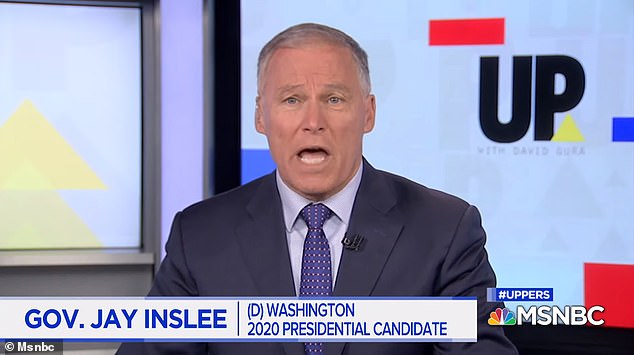 ‘I haven’t asked her yet about this,’ the governor of Washington told MSNBC Sunday morning, 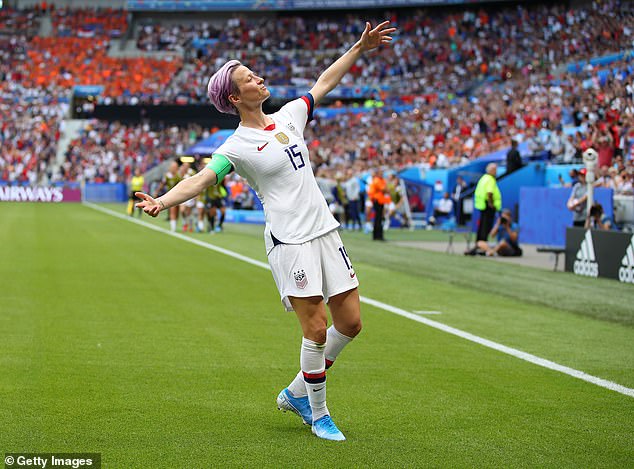 Secretary of State Mike Pompeo was nominated by Trump and has been serving since April 2018, and was director of the CIA from January 2017 to April 2018.

The long shot candidate said during the progressive Netroots Nation conference this weekend that his first act as president would be nominating the controversial women’s soccer player to head the State Department.

‘My first act will be to ask Megan Rapinoe to be my secretary of State,’ Inslee said at the conference in Philadelphia. ‘I haven’t asked her yet, so this could be a surprise to her.’

During his appearance on MSNBC, the governor of Washington said Rapinoe’s ‘message is perfect’ and the exact opposite of what the U.S. foreign policy stance is under the Trump administration.

‘But if you listened to her speech during the ticker tape parade, you see it as antithesis to the fear based, anxiety based, divisiveness and hate filled rhetoric of Donald Trump,’ Inslee said. 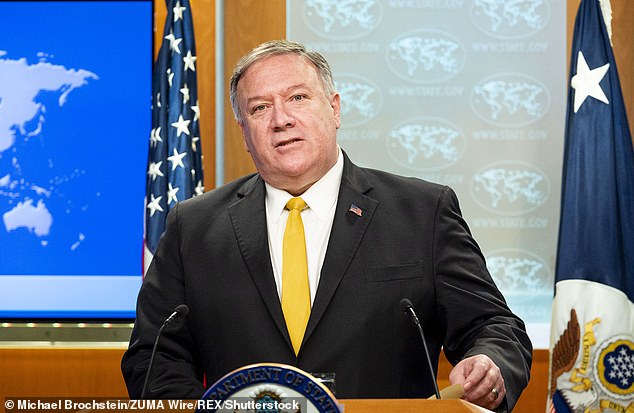 Inslee claimed Rapinoe would do a better job than current Secretary of State Mike Pompeo, who rose to his position in the Trump administration in April 2018 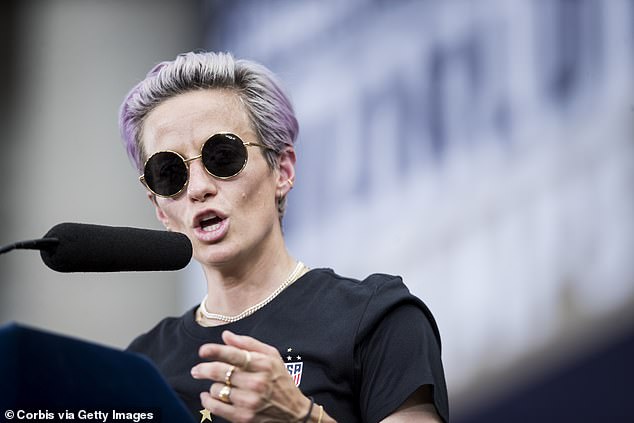 During the World Cup victory parade in New York City last week, Rapinoe used her time on stage to call for unity

‘I was very inspired by her and I think millions of Americans were,’ he continued. ‘And I thought her speech encapsulated what our approach needs to be in our foreign policy, which is to work with people, rather than tear up alliances.’

As the Women’s National Soccer Team gained traction during the World Cup, Rapinoe said she would not be making a visit to the White House if her team earned its second consecutive World Cup win.

‘I’m not going to the f*****g White House,’ Rapinoe responded when asked if she would accept an invitation to the White House. The moment, caught on camera, went viral.

She also went viral in her handling of the National Anthem, in 2016 becoming the first female to kneel in protest. Rapinoe has not participated in the National Anthem for years, usually standing with her hands by her side instead of over her heart.

On Wednesday, the women’s national team participated in a victory parade in New York City, and publicly spoke from the stage not just about the win, but also about unity in the country.

‘Be more. Be better. Be bigger than what you’ve ever been before,’ Rapinoe said during public remarks. ‘If this team is any representation of what you can be when you do that, please take this as an example.’