Oprah, 67, has been a supporter of the company, which sells underwear and leggings designed to help make someone appear thinner, for more than two decades and has repeatedly spoken out about her love of the pantyhose.

The TV mogul – who made headlines in 2015 when she purchased a 10 per cent stake in WW (Weight Watchers) for a reported $43 million – has previously gushed that the pantyhose ‘changed her life,’ and she now calls the products a ‘staple in her wardrobe.’

Spanx founder and creator, Sara Blakely, 50, shared the news of the investments via Instagram on Thursday, describing it as a ‘pinch-me, full circle moment’ to have Oprah and Reese, 45, join the team.

She revealed back in 2000 it was actually Oprah who gave her the inspiration to start the company in the first place. She explained that the idea for the company started with her wanting to maintain the slimming effect of pantyhose without them covering her feet.

And when she turned on her TV and saw the acclaimed author, television producer, and philanthropist complaining about the same problem – she took it as a sign.

‘I remember verbally saying, “I’m asking for a sign.” I flipped on the end of Oprah, and that day, Oprah told the world that she had been cutting the feet off her pantyhose for years,’ she previously recalled.

Putting their money where their mouths are! Long-time Spanx devotees Oprah Winfrey and Reese Witherspoon have invested in the shapewear brand 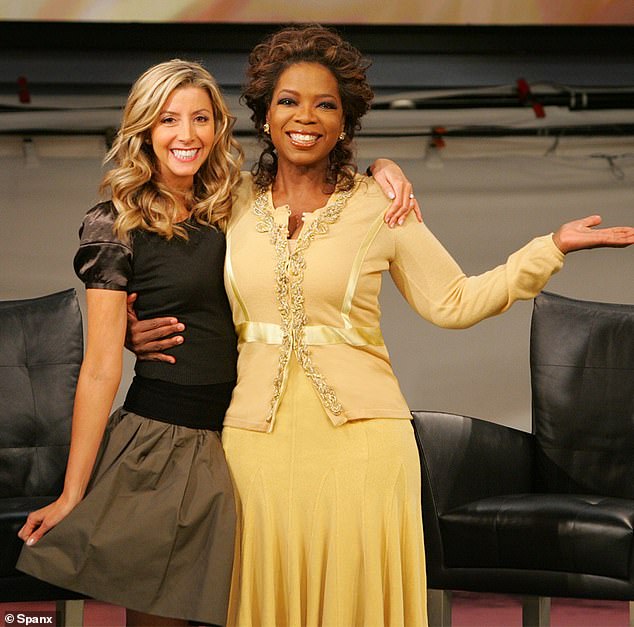 Oprah has been a supporter of the company, which sells underwear and leggings designed to help make someone appear thinner, for more than two decades now 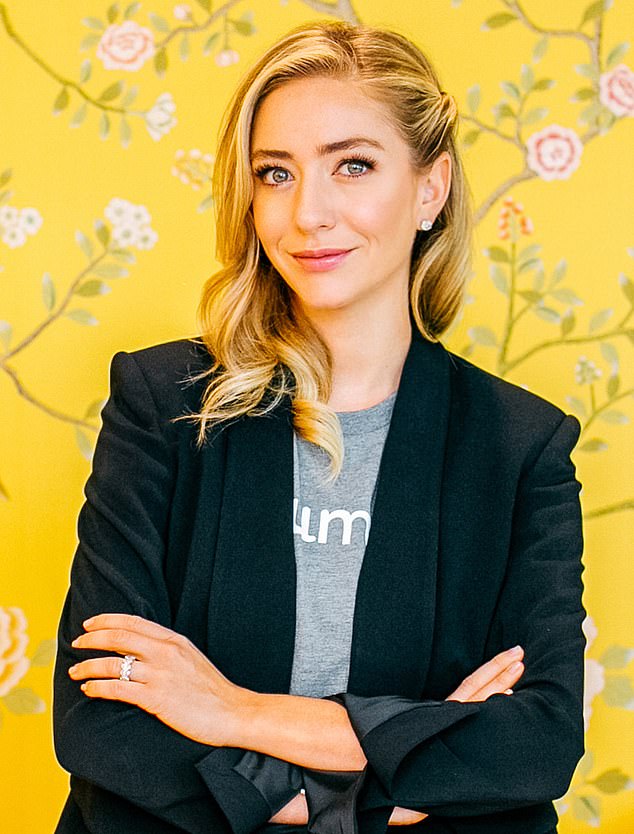 The brand’s creator, Sara Blakely, 50, previously revealed it was actually the talk show host who gave her the inspiration to start the company in the first place

She shared the news of the investments via Instagram on Thursday, November 18, and she said it felt like a ‘pinch-me, full circle moment’ to have Oprah and Reese join the team 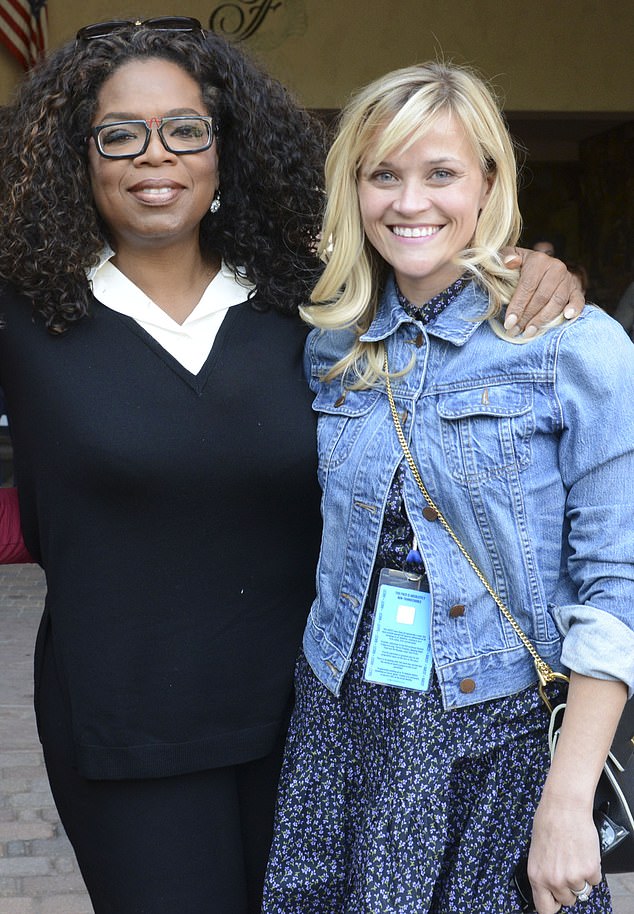 Reese, 45, called Sara a ‘role model’ and an ‘inspiration to female entrepreneurs everywhere,’ and said that her ‘remarkable product supports women every day’

Oprah even included Spanx on her famous Favorite Things list in 2000 – a moment Sara still thinks contributed to the company’s success.

Whitney Wolfe Herd, CEO of Bumble, as well as investment companies G9 Ventures and __Able (which are both female-founded), have also invested in the company.

Whitney was previously the vice president of marketing for Tinder, but she resigned in April 2014 and filed a lawsuit against the company for sexual harassment. She reportedly received more than $1 million as part of a settlement in September 2014.

Three months later – in December 2014 – she founded Bumble, a dating app focused primarily on females, which is now valued at $14 billion.

Blackstone also took control of Bumble’s parent company, MagicLab, back in 2020, and now owns 67 per cent of Bumble.

‘I am over the moon to share on the eve of #WomensEntrepreneurshipDay that @oprah @reesewitherspoon @whitney @g9_ventures and @laud_able are joining as investors in @spanx!’ the 50-year-old wrote in the announcement.

‘This is an incredible, pinch-me, full-circle moment because both Oprah and Reese have been longtime supporters of Spanx and @whitney has been a gamechanger for women in business.

‘Oprah was a big reason for Spanx’s early success when she named it one of her iconic “Favorite Things” in 2000.

‘@g9_ventures and @laud_able are both female-founded funds. Only 2.3 per cent of VC funding is given to women and these groups are on a mission to change that.

‘To have the support of these smart, thoughtful, world-class female-founders who have also disrupted their industries to elevate and support women means everything.

‘As we like to say at Spanx, “We’ve got your butt covered!” With these new partnerships, that promise is as true as ever.

‘I can’t wait to see what’s in store for the brand – and most importantly – for our customers! Cheers to new chapters…. There is still so much more magic ahead.’ 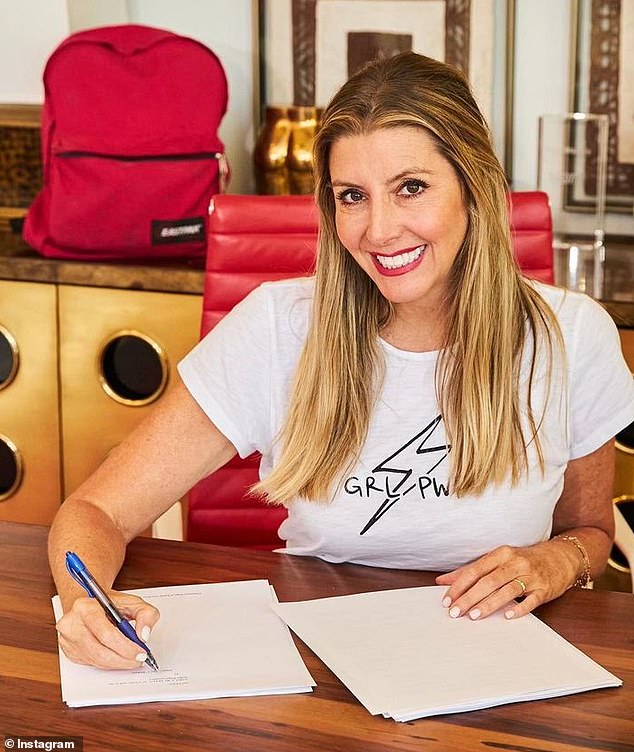 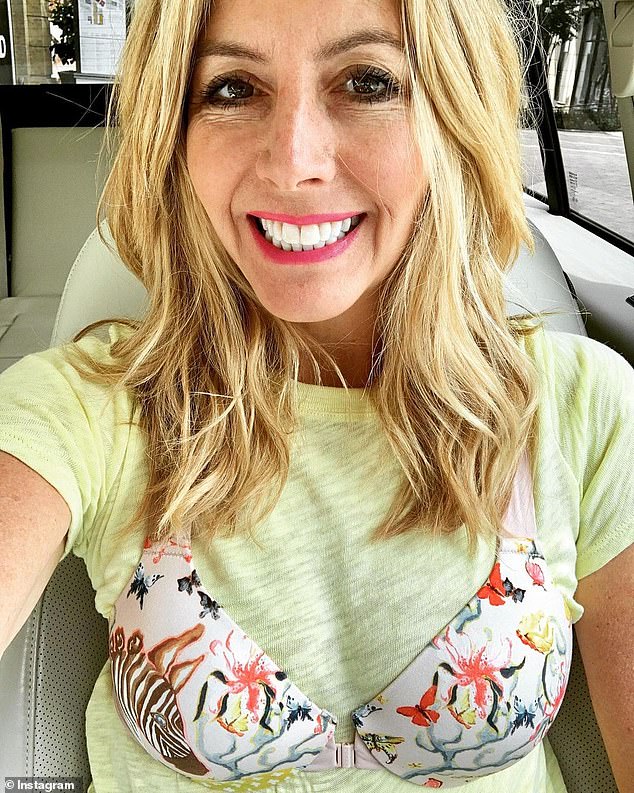 Oprah said in a statement: ‘When Sara first came on The Oprah Show to tell us about her idea for SPANX, I knew it was brilliant. We’d all been cutting off our panty hose for years!’

‘So from the moment I wore my first pair, they became a staple in my wardrobe. It’s remarkable the business that Sara and her team have created, with the comfort and support of all women at the heart of their creations, and I’m happy to be part of the evolution.’

Reese added, ‘As a self-made founder who has built an absolute powerhouse of a brand, Sara is an inspiration to female entrepreneurs everywhere.

‘In addition to developing a remarkable product and business that literally supports women every day, Sara has become a role model for leveraging your success to elevate other women.

‘I’m so proud of Sara and the entire SPANX team, and I cannot wait to see what the future has in store for this incredible company.’

Sara started the company back in 2000 with just $5,000. By 2012, Spanx was reporting 20 per cent profit margins on almost $250 million in annual sales. Sara became the youngest self-made woman to join Forbes’ World Billionaires List that year.

Just last month, news hit the web that Spanx was valued at $1.2 billion. And the founder celebrated by giving all of her 500+ employees first-class plane tickets and $10,000 spending money.

Oprah joining the company could mean even more money for them, given that it was estimated in December 2020 that a sponsored post from the star was worth a staggering $1 million. The estimation came after she promoted her friend Meghan Markle’s ‘woke’ coffee brand, Clevr Blends.

Over the years, Oprah has invested in a few other business ventures, including Waywire – a video sharing website – which she got involved with in 2012.

In 2015, she famously bought a minority stake in the weight-loss brand Weight Watchers for a reported $43.2 million, before offloading two per cent of her shares in March 2018.

She now owns around eight per cent of the company and has continuously promoted it over the years – appearing in many commercials and advertisements and becoming one of their main ambassadors.

In 2019, she announced that she had signed on with the company for five more years, which means she will remain on the board and continue as an adviser and major shareholder through May 2025. 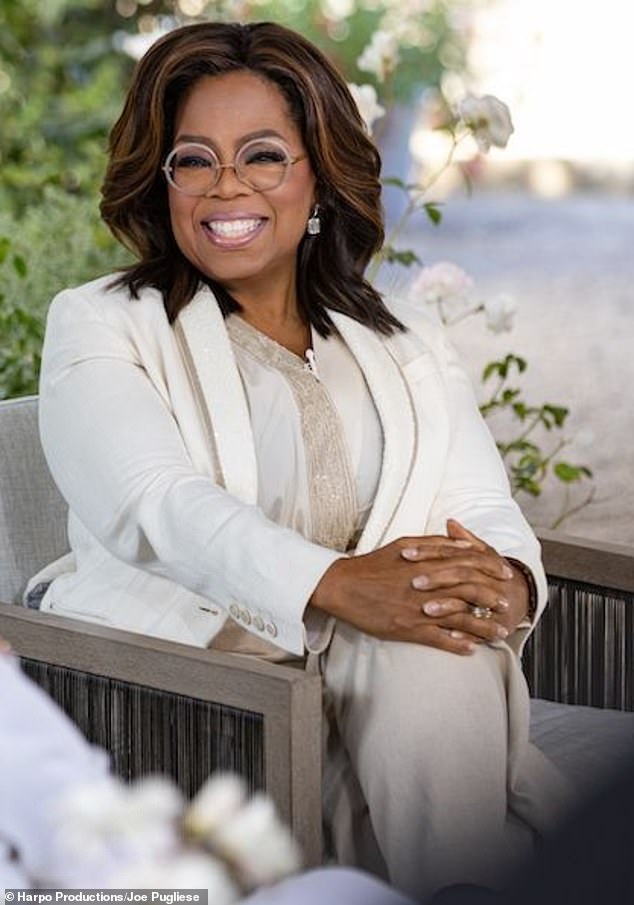 Oprah, 67, previously said that the pantyhose ‘changed her life’ and she now calls the products a ‘staple in her wardrobe’ 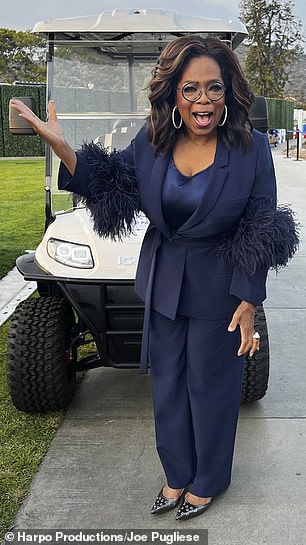 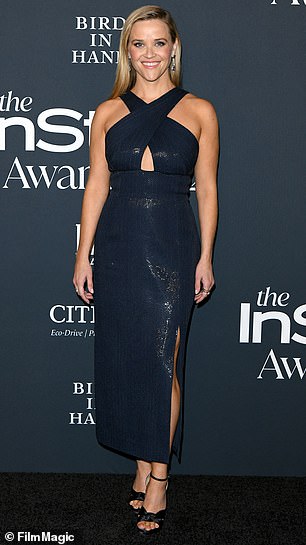 Over the years, Oprah has invested in a other businesses, including Waywire, Weight Watchers, True Food Kitchen, Apeel Sciences, Oatly, and Maven Clinic. In 2020, Reese also invested in Maven Clinic

Oprah also invested in health-driven restaurant chain True Food Kitchen in 2018, and Apeel Sciences in 2020. Apeel Sciences is a company dedicated to making fruits and vegetables last longer on the shelf.

She also invested in the brand Oatly in 2020, which creates alternatives to dairy products from oats.

Last but not least, she invested in the brand Maven Clinic in 2021 – a digital platform that offers virtual services for women’s and family health. She also owns her own media and entertainment company, called Harpo Inc.

As for Reese, this is only her second investment. In 2020, she too invested in Maven Clinic. She founded her own media company, Hello Sunshine, in 2016, and co-founded the online shopping site Draper James.

However, earlier this year, Reese made headlines when she announced that she had sold Hello Sunshine for $900 million to a media company backed by Blackstone.

At the time, she said she would still be involved in ‘day-to-day operations.’ She wrote on Instagram, ‘What a tremendous day! I started @HelloSunshine to change the way all women are seen in media.

‘Over the past few years, we have watched our mission thrive through books, TV, film and social platforms.

‘Today, we’re taking a huge step forward by partnering with @blackstone, which will enable us to tell even more entertaining, impactful and illuminating stories about women’s lives globally. I couldn’t be more excited about what this means for our future.

‘I am committed to continuing to create opportunity for filmmakers, authors and creators of all backgrounds and experiences to tell their stories in their own way, and reach more audiences who will see that their stories matter.

‘This is a unique time in our world where the intersection of art, commerce and media makes it possible for these creators to tell their stories and Hello Sunshine is here to put a spotlight on their amazing creations.’

‘Weight Watchers is easier than any other program I’ve ever been on. It’s a lifestyle, a way of eating and a way of living that’s so freeing. You never feel like you are on a diet and it works,’ she said at the time.

In 2019, she explained in another interview, ‘Beyond the weight, WW has helped me make healthier choices and understand the real numbers that matter most.’