With the eastern half of Marawi almost totally destroyed, authorities say it could be months or even years before most people would be able to return

Cradling her baby in a muddy tent camp, Jamalia Pindaton has no idea if she can return home to Marawi in the southern Philippines after the end of a five-month war launched by Islamic State supporters.

More than 350,000 people from in and around Marawi, the mainly Catholic Philippines’ Islamic capital, were displaced because of the conflict, which ended on Monday when soldiers killed the remaining gunmen inside a mosque.

But, with the eastern half of Marawi almost totally destroyed and worries over bombs planted by the militants, authorities have said it could be months or even years before most people would be able to return.

“We don’t know if our house is still there,” Pindaton, 29, told AFP on Thursday as she held her six-month-old daughter at an evacuation centre in a coconut grove at Balo-i, 20 kilometres (12 miles) from Marawi.

“It is difficult here. We don’t have income and can only rely on relief.” 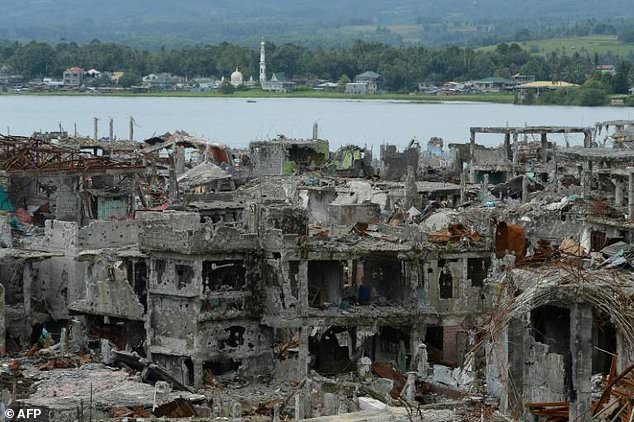 About 10,000 Marawi residents have been allowed to return so far, mostly those who lived near the Mindanao State University that was well outside the battle zone, according to local authorities.

About 33,000 others, whose homes are in so-called “controlled areas” that were spared the worst of the war, are set to follow next week, regional social welfare chief Zorahayda Taha told AFP.

Many of the displaced are living with relatives and friends, but tens of thousands without such support networks like Pindaton have been forced to live in makeshift evacuation centres.

Signalling how long it will take to rebuild Marawi, the government is building new low-cost housing for this group.

It has also launched cash-for-work schemes and given families a 200-peso ($4) daily cash allowance to help them out with groceries.

Pindaton’s husband, a former construction worker, has been planting corn on government land in one of the cash-for-work schemes. But she said he would only be paid when the corn went to market, leaving them totally reliant on handouts. 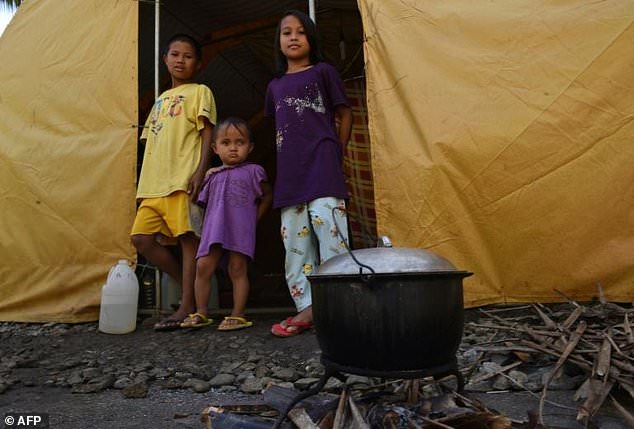 The Philippines has a long experience of managing large, seasonally displaced populations due to frequent natural disasters such as typhoons, floods and earthquakes, and the government has sought to quickly start a rehabilitation programme for Marawi.

But while there are also long-running Muslim insurgencies in the south, the Philippines has not experienced such an enduring and devastating man-made catastrophe since the World War II Japanese occupation.

Aside from claiming the lives of 920 militants, 165 troops and 47 civilians, according to government figures, thousands of buildings were destroyed with entire districts turned into piles of concrete rubble.

The International Committee of the Red Cross, which has been helping the displaced, expects between 30,000-40,000 of the “most vulnerable” residents to require food, shelter, livelihood and housing assistance for up to several years. 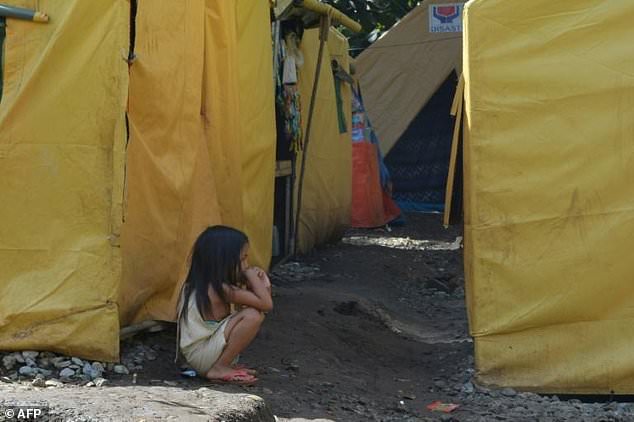 Rebuilding Marawi’s basic infrastructure alone, including power, tap water, and roads, will cost $1.1 billion, according to the government

“It’s something very unusual that we unfortunately see in other parts of the world, like in the Middle East or even in Africa,” Roberto Petronio, the ICRC’s southern Philippines chief, told AFP.

Even for those who have managed to return home in recent days, widespread looting and the general devastation in the city has quickly doused their sense of relief.

“Our door was broken down and I found our clothes scattered on the floor. Our food stocks are also gone,” elderly shopkeeper Nurhana Sangcopan told AFP as she inspected her house in Marawi’s East Basak district on Thursday.

Another key concern is the disruption of children’s education.

The Mindanao State University reopened before the end of the conflict, but many grade schoolers and high school students have nowhere to go.

“My third grader has stopped going to school because we could not provide the fare money,” said Subaida Marangit, 46, a widowed mother of five who lost her business delivering candies to stores.

Her family of six now sleeps on the floor of a mosquito-infested bamboo and palm hut at an evacuation centre on Marawi’s outskirts.

The students themselves could also be suffering from shock related to the war and may not be ready to go back to school even if alternate schoolrooms were provided, educators said.

“The children require psychological first aid,” primary school teacher Diana Demaro told AFP on Tuesday as she led about 60 children in a group exercise on the grounds of a government building packed with evacuee families.

“We need to entertain them to make them forget the trauma they are feeling,” Demaro added.