Moment vicious grandmother, 41, straddled man and rained punches on him in sickening street attack after she downed 10 pints as she is her jailed for a year

A vicious grandmother who straddled a man and punched him repeatedly in the face after downing 10 pints has been jailed for a year.

Her husband Michael, 39, wrestled the innocent victim to the ground before holding him there in a tight chokehold so barefoot Tammy could stamp on his head.

Shocking CCTV footage shows passersby trying and failing to intervene in the fight as Mr Rudkin is strangled.

Mr Rudkin was left unconscious – with his pregnant partner believing he was dead when she saw him at the scene – and covered in his own urine after the vile attack.

Tammy Goodfellow, 41, has been jailed for 12 months after she and her husband Michael, pictured together, strangled and stamped on a man with paranoid schizophrenia in Longhill, Hull, last year 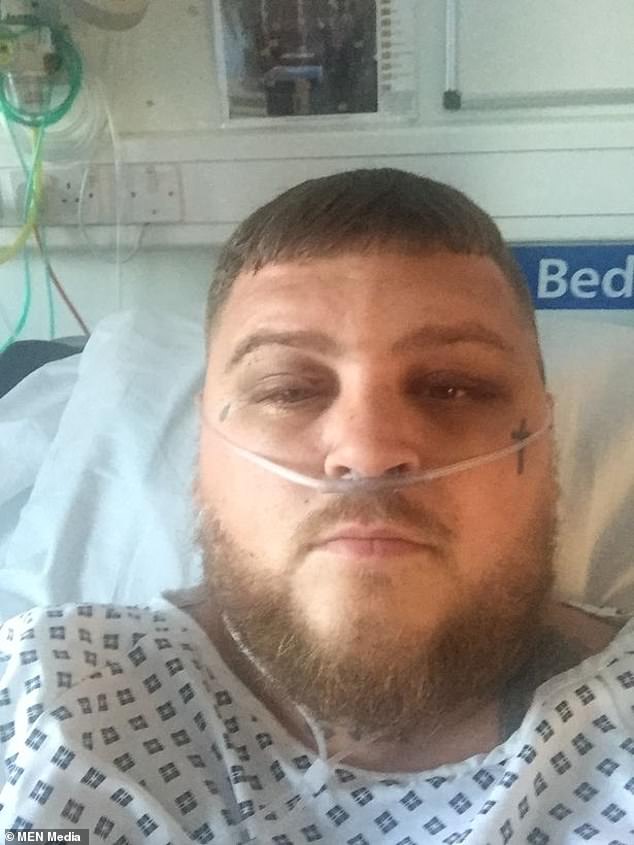 Charlie Rudkin, pictured, was left unconscious – with his pregnant partner believing he was dead when she saw him at the scene – and covered in his own urine after the vile attack

Tammy was sentenced to 12 months in prison at Hull Crown Court today.

Speaking after the conviction, Mr Rudkin said that he ‘did not deserve what happened’.

He added: ‘Hopefully the footage will put all the rumours to bed that I started anything physical – I don’t deserve what happened to me, nobody does.

‘I don’t feel like any of them got a big enough sentence – the judge took too much pity on her [Tammy’s] husband by giving him a suspended sentence just because he had kids to look after.

‘Where is the justice? They could have taken my life away from me, and I’m still not right after the attack. I get headaches and worry about stuff – I get paranoid and won’t go out on a night anymore.

‘I just hope that from watching this CCTV people will realise how serious the attack was and that the city finally gets to see what happened, and I hope it opens up people’s eyes to how serious an assault can be.’ 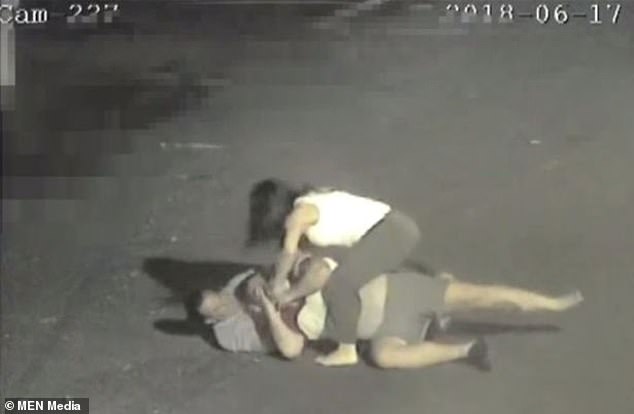 Shocking CCTV footage shows Tammy, who had downed 10 pints, straddling the man and raining punches down on him

Michael Goodfellow, who has two younger children, was given a six-month sentence, suspended for 12 months, and ordered to do 120 hours of unpaid work.

Tammy Goodfellow had eight previous offences on her record, including two of causing actual bodily harm and a common assault. Her husband had one conviction for drink-driving.

In a victim statement read at the case hearing at Hull Crown Court, Mr Rudkin, who suffers from paranoid schizophrenia, said he now ‘lives in fear’ and has suicidal thoughts.

He said: ‘This assault has deeply affected me every day since it happened in every part of my life.

‘I’m not the same person I once was, and can’t understand how or why this has happened.

‘I would like to see the people responsible punished; not only for what they did, for how they have made me feel.’