A grand country estate has been transformed into a fairy tale wonderland with thousands of lanterns made by Chinese craftsmen.

Longleat House in Wiltshire has been taken over by the likes of Little Red Riding Hood, Goldilocks and Rapunzel for its annual Festival of Light.

The awe-inspiring display of Chinese lanterns has been created by a team of highly-skilled artists from Zigong in the county’s Sichuan province, which has been staging lantern festivals for more than 2,000 years.

Elizabethan country estate Longleat House is soon to transform into a winter wonderland as its Festival of Light makes a return. Made from thousands of Chinese lanterns, the awe-inspiring display features famous scenes from fairy tales 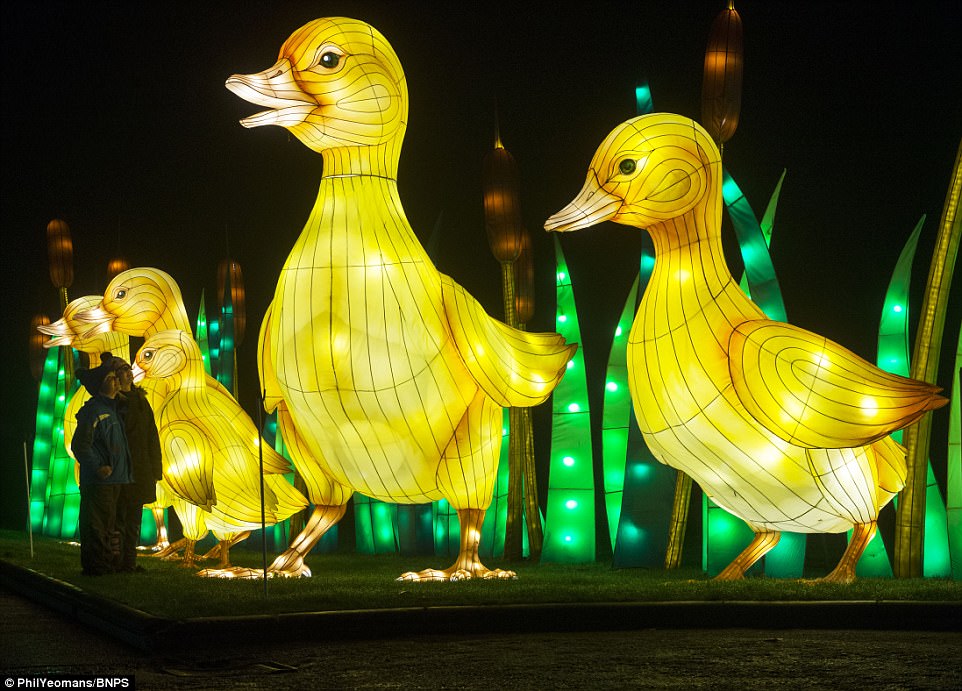 The light display is made with 300,000m of silk put together by highly-skilled craftsmen from Zigong, Sichuan Province, China, where there have been lantern festivals for 2,000 years. Pictures is a scene from The Ugly Duckling 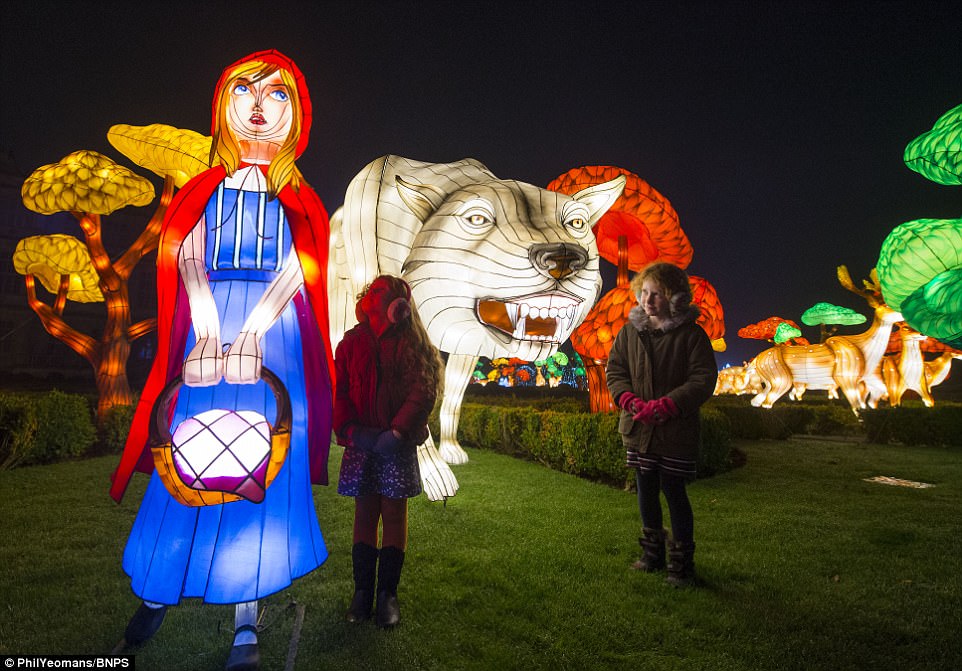 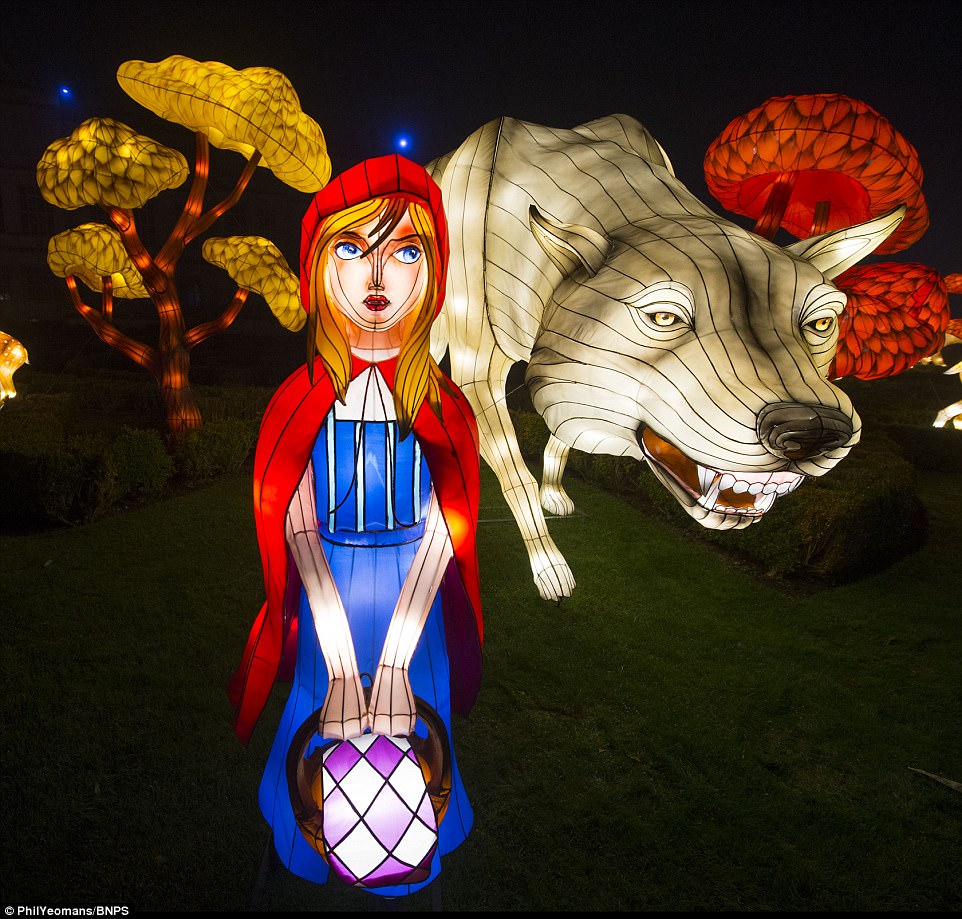 Little Red Riding Hood is among the many fairy tale scenes recreated in giant form at Longleat this winter. The Rapunzel tower featuring at this year’s event is the tallest lantern ever constructed in the UK

Now in its fourth year, this year’s organisers’ plan to transport visitors into a world of fantasy where mermaids swim in the lake, princesses live in castles and dragons roar.

Among the most impressive displays is an 83ft Rapunzel tower – the largest lantern ever constructed for the Festival of Light.

There is also a 98ft long galleon floating on the lake alongside depictions of the Ugly Duckling and the Little Mermaid.

Visitors wandering through will stumble across famous scenes from well-known fairytales such as Snow White, Cinderella, Hansel and Gretel, the Snow Queen and Beauty and the Beast.

Longleat House will also be decorated for an authentic Edwardian Christmas, complete with live characters to make visitors feel like they have travelled back in time. 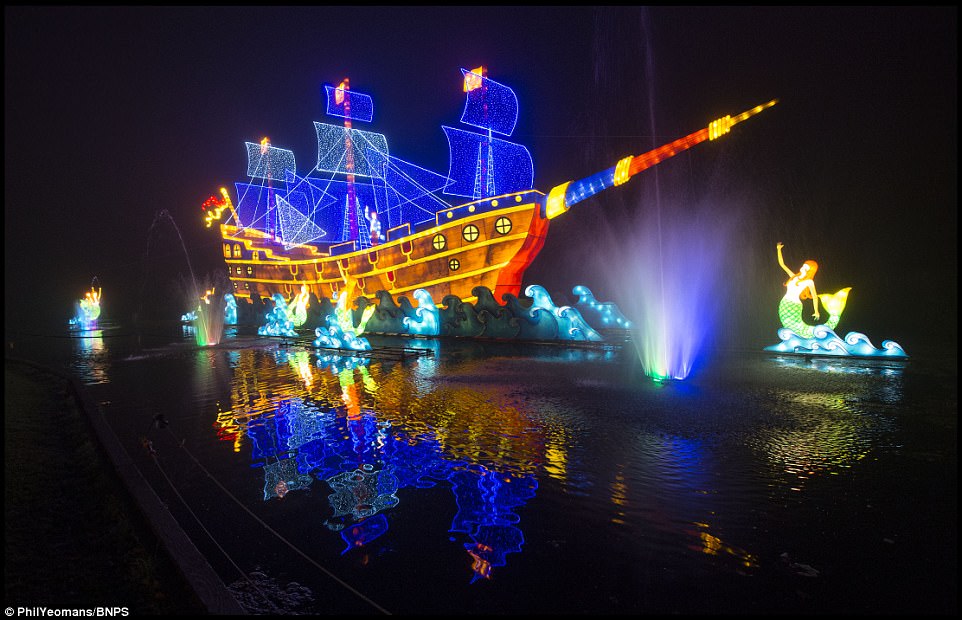 An impressive water feature at Longleat brings to life the tale of the Little Mermaid, complete with a gigantic sailing ship 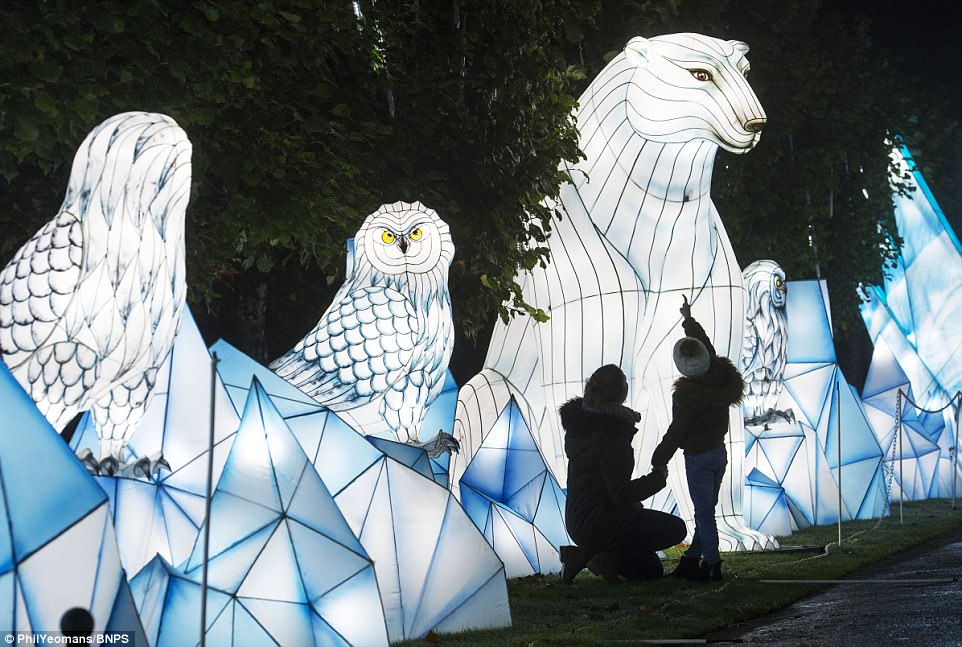 Winter wonderland: A stunning polar bear and owl display at Longleat’s Festival of Light, which is soon to return for its fourth edition at the Elizabethan country house and grounds in Wiltshire 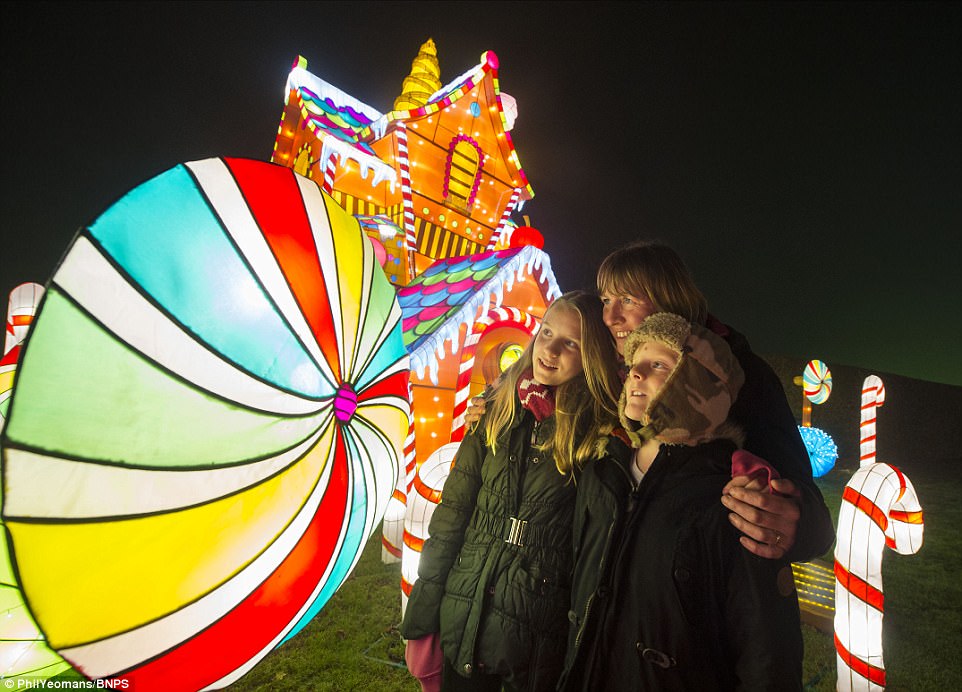 A family is pictured mesmerised by a festive light display at Longleat, which sits next to the village of Horningsham and towns of Warminster, Westbury and Frome in Wiltshire and Somerset

Located in next to the village of Horningsham and towns of Warminster, Westbury and Frome, the stately home at Longleat is a prime example of Elizabethan architecture.

The house was built by Sir John Thynne and designed by Robert Smythson after the priory at Longleat was destroyed by a fire in 1567.

It took 12 years to complete and is widely regarded as one of the finest examples of Elizabethan architecture in Britain, with 1,000 acres of land surrounding it.

The Festival of Light opens to the public between Friday to Sundays on November 5 and will be open daily from December 1 to January 3. 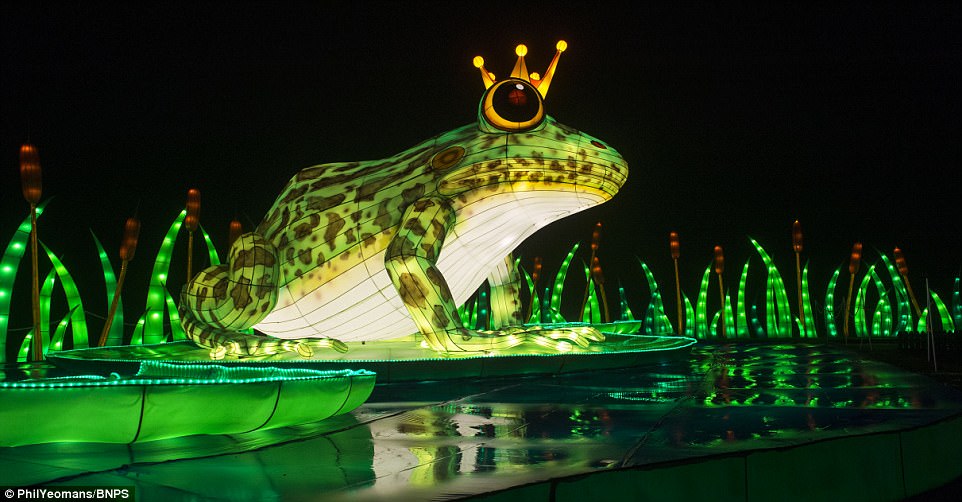 A giant frog dominates the darkened sky at Longleat House, recreating scenes from The Frog Princess by E.D. Baker, which has since been turned into a Disney film called The Princess and The Frog 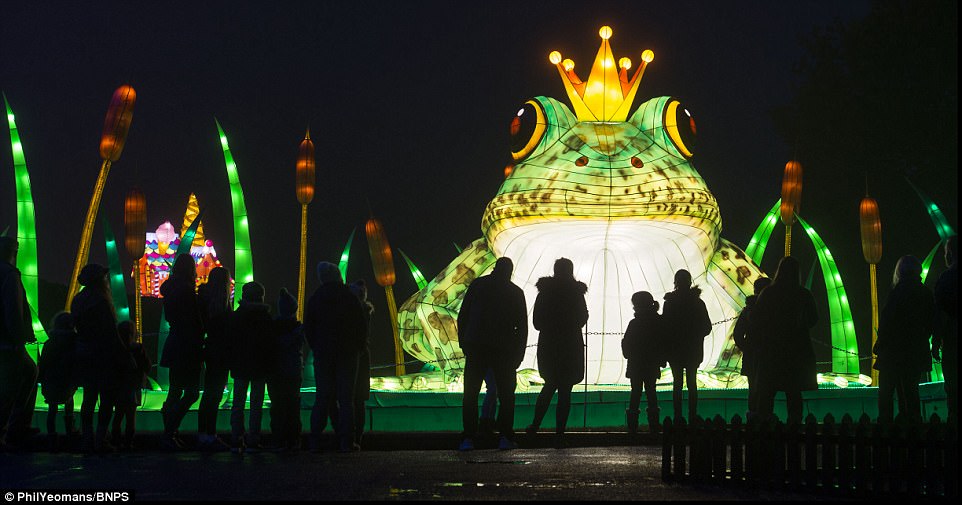 Visitors are pictured looking into the gigantic eyes of the frog from The Frog Princess. Other fairy tales recreated for the Longleat Festival of Light include Goldilocks, Hansel and Gretel and Little Red Riding Hood