Look at royal documentary banned by the Queen since 1972

This is the documentary about the Queen that is central to season 3 of The Crown and the extraordinary story of how it was banned from broadcast because it shattered the ‘mystique’ around the royal family after 45million people watched it.

In episode 4 of the Netflix show Olivia Colman agrees to be filmed for a year to make a TV documentary called ‘Royal Family’ created to help the Windsors connect with their subjects.

The real film was a British phenomenon, watched over two weekends to rave reviews in June 1969, but was last shown three years later after Buckingham Palace feared it ‘let the magic out’ about the royals.

The year-long making of the 110-minute film is the focus of The Crown, which premiered this month, and shows the royals sitting at home watching it together.

MailOnline has unearthed three rare clips from the real thing where the Queen makes Prince Philip and Prince Charles roar with laughter as she describes the US Ambassador as a ‘gorilla’. 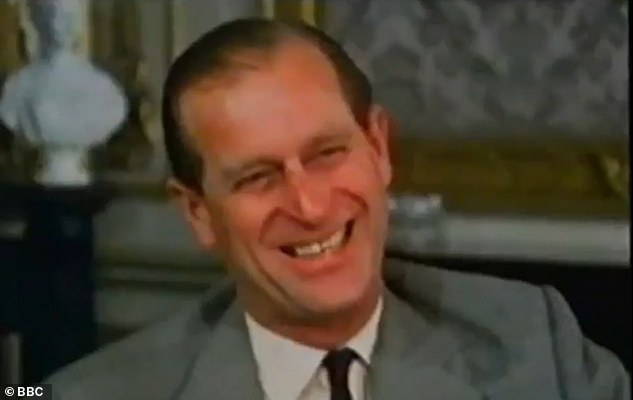 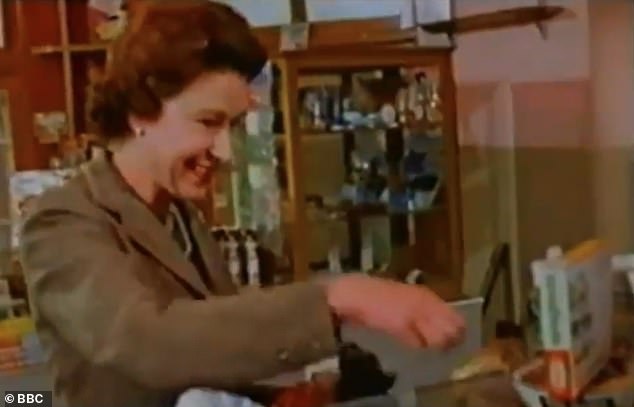 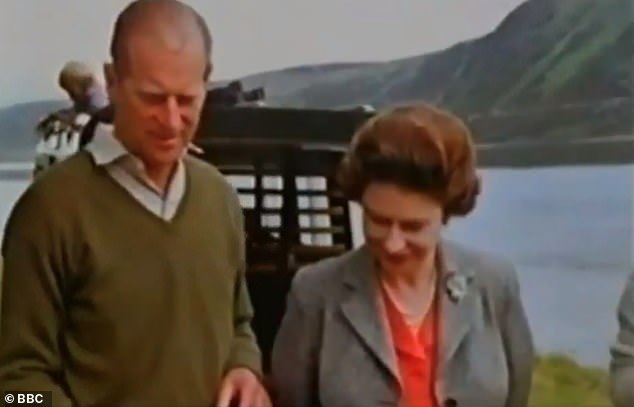 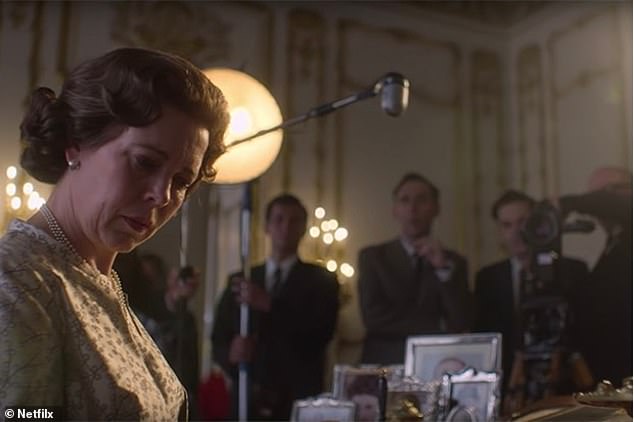 In the fourth episode of The Crown, the Queen played by Olivia Colman are shown taking part in the fly-on-the-wall style documentary watched by 45million in 1969

Sparking hilarity over a cup of tea, she said: ‘It’s extremely difficult to keep a straight face when the Home Secretary said to me: “There’s a gorilla coming in”.’

‘So I said: “What an extraordinary remark to make about someone – very unkind”. I stood in the middle of the room and pressed the bell and the doors opened and there was a gorilla.He had a short body and long arms – I had the most appalling trouble [not laughing]’. 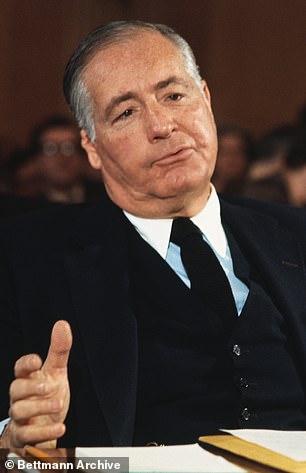 In 1969 the US Ambassador to the UK was Walter Annenberg, who was sent to London by Richard Nixon

The Home Secretary in 1969 was James Callaghan and the US Ambassador to the UK was Walter Annenberg – but it is not known if she was talking about those two men.

It could be Annenberg’s predecessor David K. E. Bruce, sent to London by John F Kennedy in 1961.

In another scene five-year-old Prince Edward is taken to the shops with her mother to buy an ice cream – where she also smashes the falsehood that she never carries cash by paying with coins from her purse.

Her Majesty then giggles as her youngest son climbs into her car, making a mess on the seat with his lolly.

In the final scene the Queen, Prince Philip, Prince Charles  and Princess Anne head out for a barbecue where the Duke of Edinburgh sizzles some sausages while his wife unpacks the plates and cutlery with the heir to the throne, the Prince of Wales. 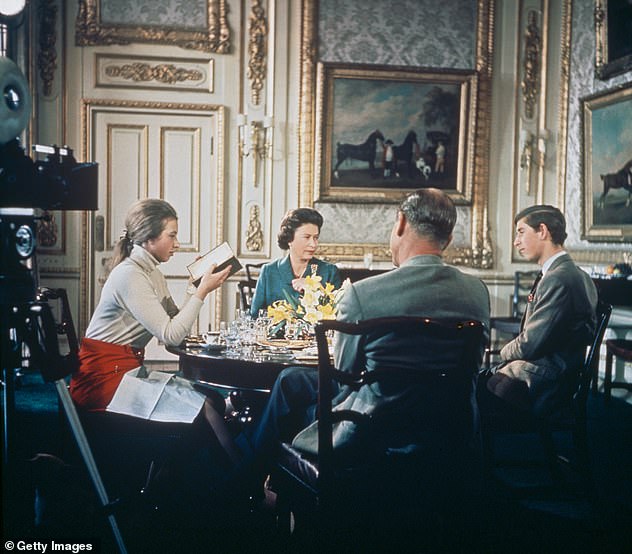 Titled Royal Family, the 1969 documentary was a combined effort between the BBC and ITV and covered a year in the life of the Queen. Pictured, the Queen, Prince Philip, Prince Charles and Princess Anne around the dining table of Windsor Castle during filming 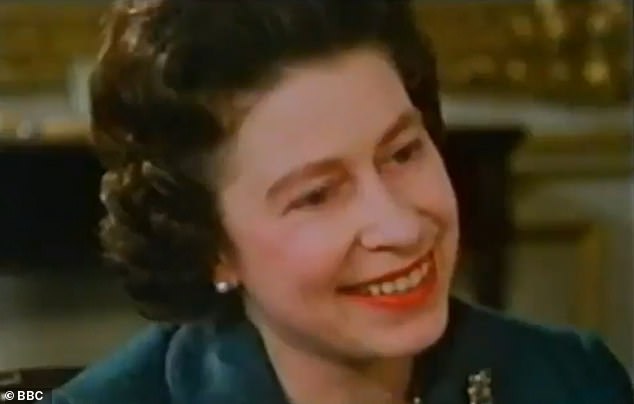 The Queen took part in the film on the advice of her new PR guru, not Prince Philip as claimed in The Crown, but she grew to dislike the film despite many rave reviews 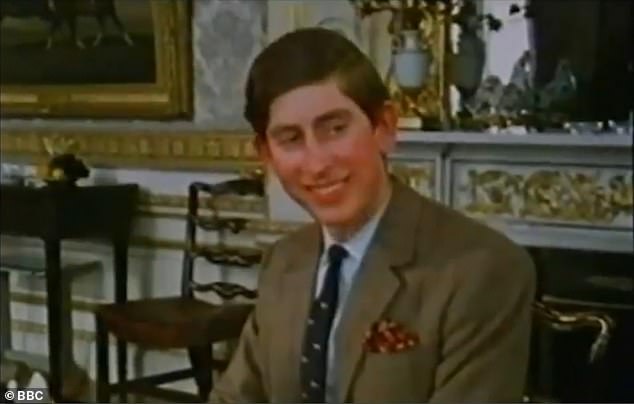 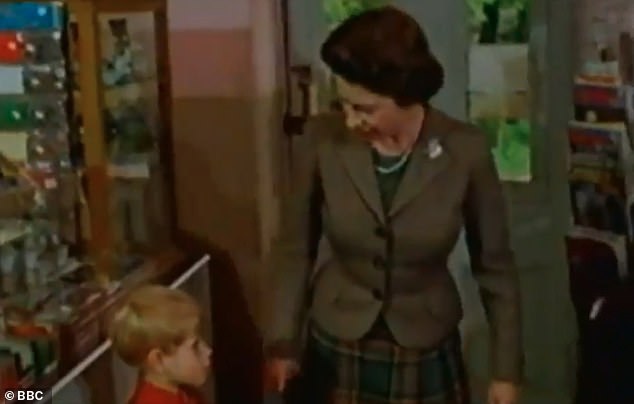 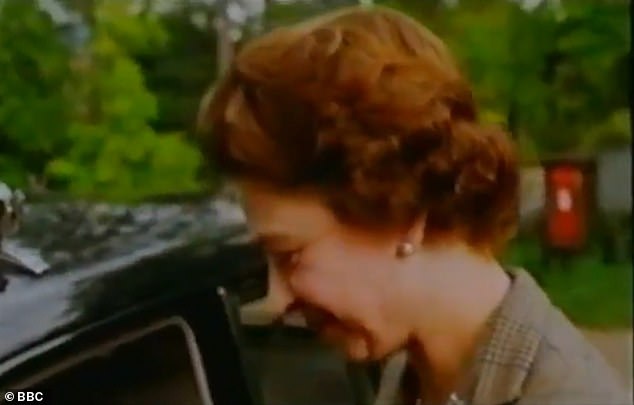 The Queen then takes him to the car and pops him on the front seat, giggling when he makes a mess with his ice cream 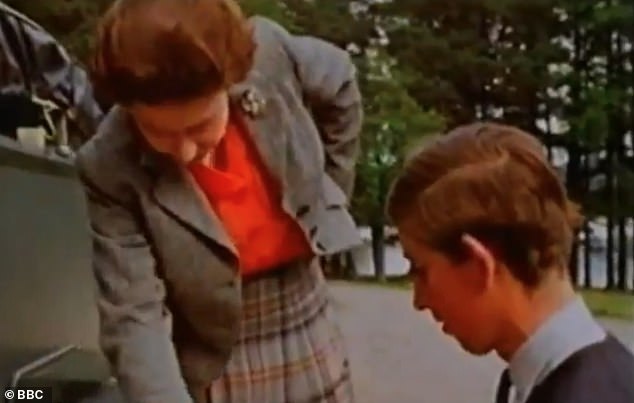 The Queen also enjoyed a picnic with her family with Charles, then 21, helping her grab the plates and cutlery near Balmoral 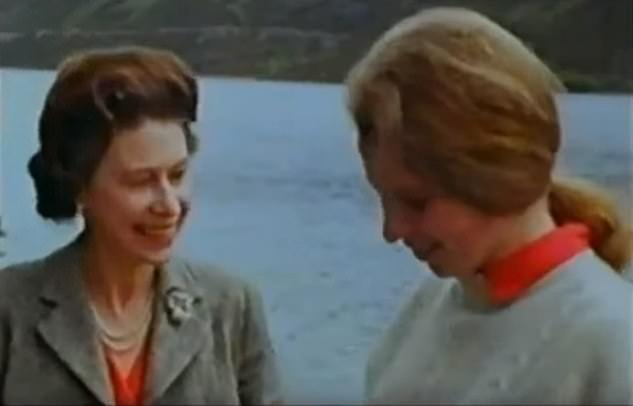 Her Majesty smiles at Princess Anne, then 19, who later said she disliked the film because it shone even more limelight on the family

In episode four of The Crown, the royal family is shown taking part in the documentary which sees cameras follow them during their day-to-day lives, to prove how ‘normal’ they are.

And in a scene being compared to the BBC comedy The Royle Family, the senior royals sit down together on a sofa to watch the broadcast.

Olivia Colman’s Queen Elizabeth appears to cast an awkward glance as she sits with Princess Margaret, played by Helena Bonham Carter, and Marion Bailey as the Queen Mother.

Helena’s Princess Margaret then quips: ‘This is nothing like a normal evening, if it was a normal evening we’d all be on our own in sad isolation in our individual palaces.

The scene brought to mind the late 1990s sitcom the Royle Family – itself a pun on the more famous dynasty based in Buckingham Palace – in which working class patriarch Jim Royle, played by Ricky Tomlinson, and his extended brood were was usually sat in their Manchester living room watching TV.

The Royal Family took part in the 1969 documentary, which was a combined effort between the BBC and ITV, in a bid to show they were just like their subjects.

However the programme was greeted with enthusiastic praise, not universally panned as The Crown suggests.

The idea for the documentary, which aired in June 1969, came from the Palace’s new royal press secretary William Heseltine, rather than the Duke of Edinburgh, as the Netflix hos claims.

Heseltine wanted to encourage public support for a monarchy that was increasingly seen as out-of-touch.

The programme was met with praise and proved so popular that it was aired again that same year and once more in 1972.

But hasn’t been broadcast in full since but short clips from the documentary were made available as part of an exhibition for the Queen’s Diamond Jubilee 2012.

In The Crown, Ms Colman, centre as the Queen, Marion Bailey as the Queen Mother, left, and Helena Bonham Carter as Princess Margaret, right, sit down to watch the documentary Gogglebox style 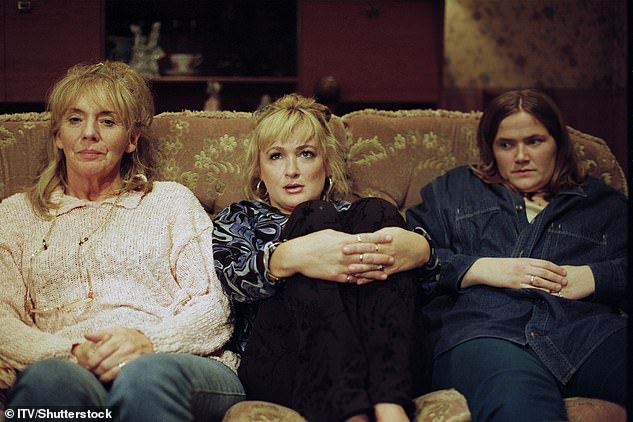 The scene has been compared to the Royle Family starring Sue Johnston as Barbara Royle, Caroline Aherne as Denise Royle and Jessica Hynes as Cheryl Carroll

However, for the most past the original documentary remains under lock and key with researchers having to pay to view it at BBC HQ, only after getting permission from Buckingham Palace first.

‘You’re killing the monarchy, you know, with this film you’re making,’ the legendary anthropologist and wildlife expert David Attenborough wrote furiously in 1969 to the producer-director of the controversial and ground-breaking television documentary, Royal Family.

‘The whole institution depends on ­mystique and the tribal chief in his hut,’ continued Attenborough, then BBC 2 controller.

Filmmaker Bryan Forbes said: ‘If you let the genie out of the bottle, you can never put the cork back again. And a lot of people think, with hindsight, that it was a mistake’.

The Queen is said to have ordered that the film should be withdrawn from circulation.

Even now, more than 40 years later, her attitude towards this misjudged experiment remains implacably negative.

Even in an exhibition, The Queen: Art And Image, at the National Portrait ­Gallery, Buckingham Palace restricted the organisers to only a 90-­second clip from the film.

The other 104 minutes will remain unseen and off-limits, like the 38 hours of unused footage which is now held in the Royal Archives at Windsor, unavailable to the eyes of even serious historians and researchers

As the distinguished journalist Sir Peregrine Worsthorne observed at the time: ‘Initially the public will love seeing the Royal Family as not essentially different from anybody else and in the short term letting in the cameras will enhance the monarchy’s popularity. But in the not-so-long run familiarity will breed, if not contempt, well, familiarity.’