Look away Man United fans! Casemiro trains for Real Madrid ahead of their Celta Vigo clash tomorrow despite agreeing £60m move to Old Trafford… with a medical still scheduled to take place this weekend

Manchester United’s imminent £60million signing Casemiro has been spotted training with Real Madrid ahead of their LaLiga clash with Celta Vigo on Saturday, despite agreeing a blockbuster move to Old Trafford.

Having informed Carlo Ancelotti of his decision to join Erik ten Hag’s side earlier this week, the Brazilian defensive midfielder is set to sign a four-year contract at Old Trafford with the option of a further year.

Sportsmail revealed on Thursday that Casemiro’s medical was initially scheduled for this weekend. 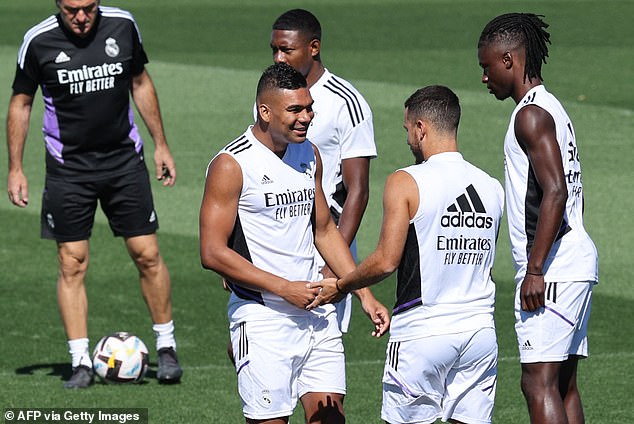 In the training video, Casemiro was seen laughing and smiling with his Real Madrid team-mates while performing various drills.

While the Brazil star is still expected to team up with Ten Hag before the window shuts, Manchester United have made a habit of stalling at the final hurdle this summer as far as transfer pursuits are concerned.

Old Trafford chiefs were heavily linked with Barcelona playmaker Frenkie de Jong for most of the summer but ultimately struggled to get the deal over the line. 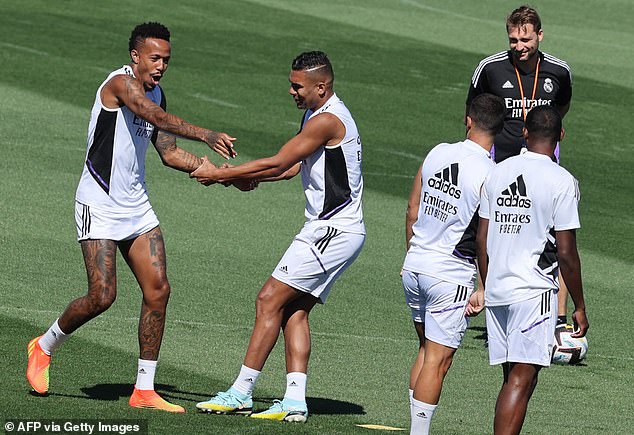 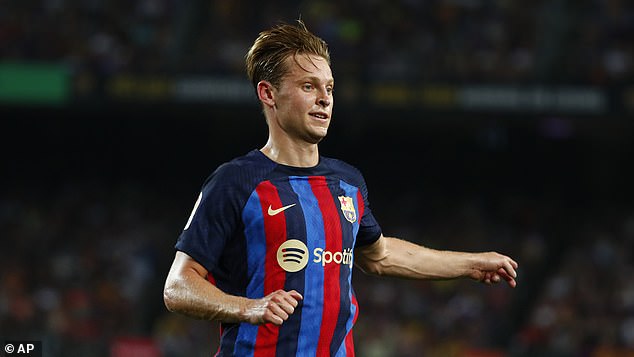 Casemiro has won 18 major trophies during his nine-year spell at the Bernabeu and recorded more than 300 appearances for the Spanish side.

The Red Devils have been in the market for a defensive midfielder for several seasons now, keen to find an anchor to support attacking playmaker and star man Bruno Fernandes.

If his switch to Old Trafford makes it over the line, Casemiro will become Manchester United’s fourth signing of the window, after Lisandro Martinez, Christian Eriksen and Tyrell Malacia.