Look who’s back! Injured Neymar pays visit to Brazil ahead of Copa America meeting with Peru

Look who’s back! Injured Neymar pays visit to Brazil squad as they prepare for their Copa America meeting with Peru

Brazil’s squad took a break from their Copa America preparations as they received a visit from injured talisman Neymar on Friday.

The Samba star is having to sit out the entire tournament, taking place across Brazil, having sustained ligament damage in a pre-Copa America friendly against Qatar.

But despite knowing he can play no part in a potential trophy-winning tournament, the Paris Saint-Germain ace was all smiles as he reunited with players and staff at their base in Sao Paulo. 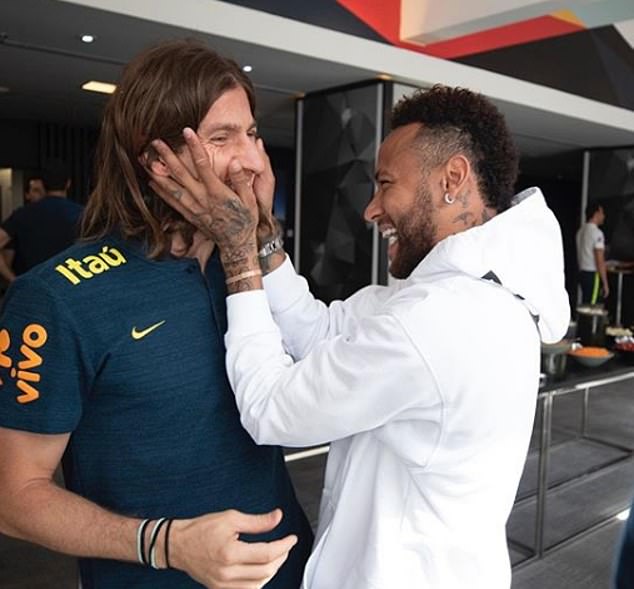 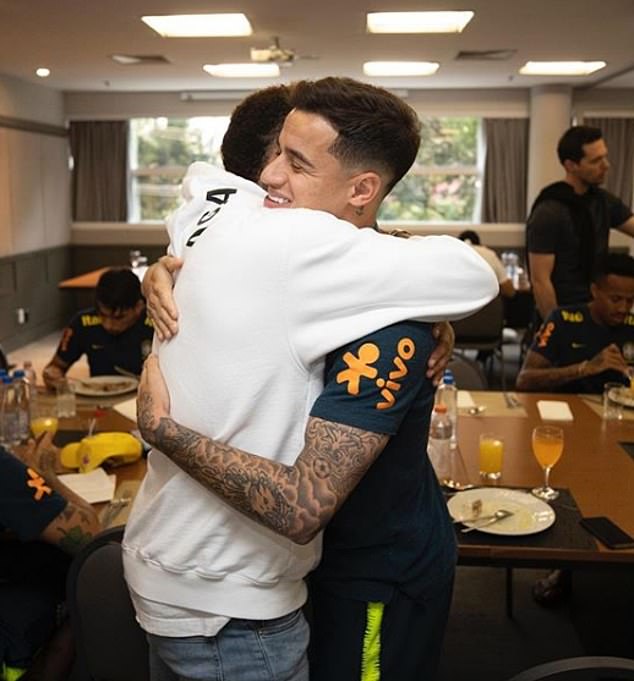 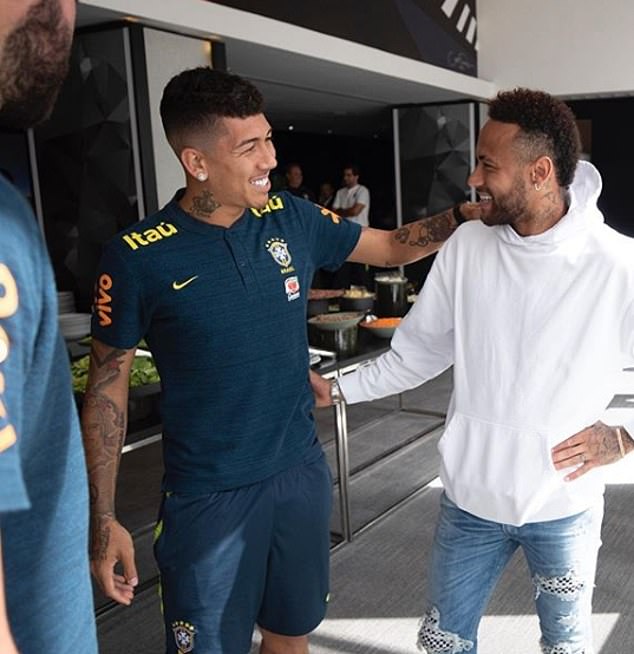 Neymar posted 10 photos on his Instagram account which showed him hugging his team-mates and being embraced by Head Coach Tite during the visit.

The caption with the images read: ‘Friends & companions .. honor and satisfaction in being part of this group!’

While the visit gave the remainder of the squad a lift, attention soon turned back to matters in hand with a final group stage game against Peru taking place on Saturday. 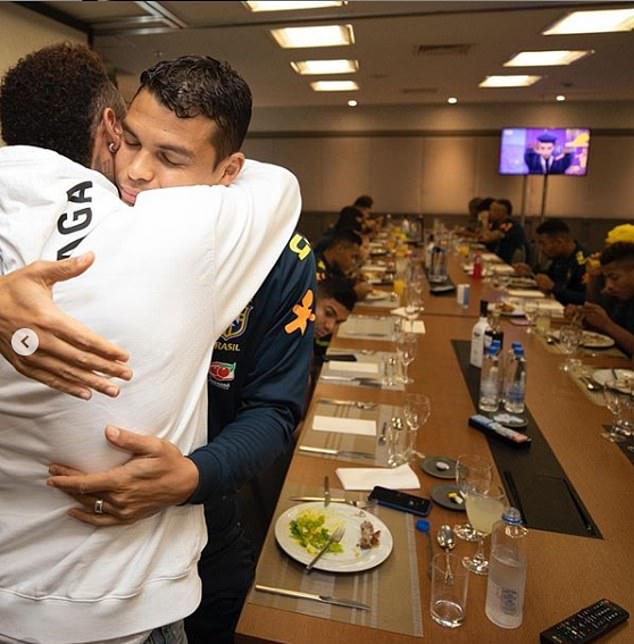 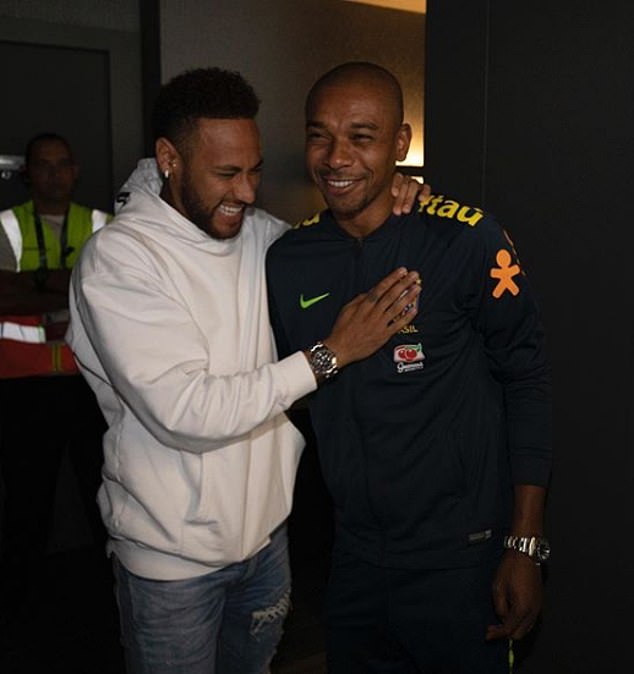 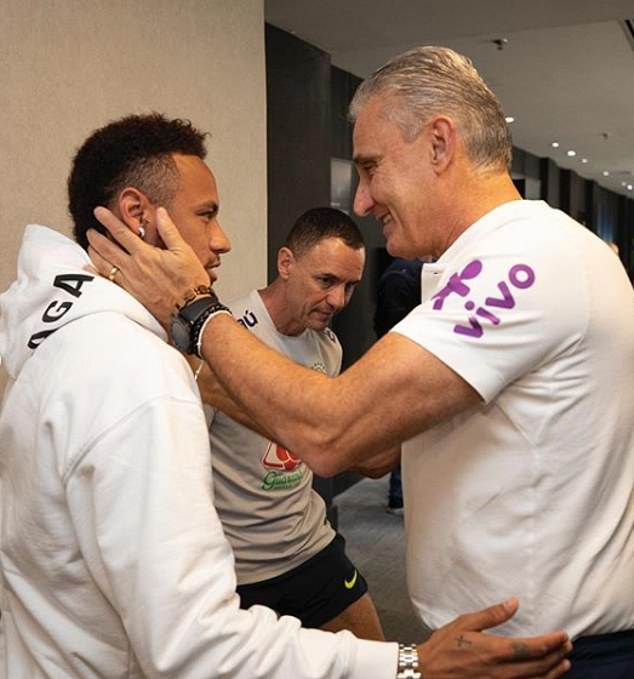 Tite’s players are top of Group A, level on points with Peru on four after the opening two matches.

The two sides meet in Sao Paulo knowing that top spot could be vital for the remainder of the tournament in terms of the way the draw will play out.

It is testament to his team-mates and the staff that Neymar’s absence has not proved costly so far.

While Lionel Messi and Argentina are on the verge of an embarrassing group stage exit, Brazil are handling expectations and remain favourites to win the entire tournament.

But after a 0-0 draw against Venezuela last time out, Tite is expected to make a handful of changes for the final game of the group.

‘We weren’t effective enough in the attack,’ Tite said after the Venezuela draw.

‘We needed to be more precise up front to be able to translate our superiority into goals.’ 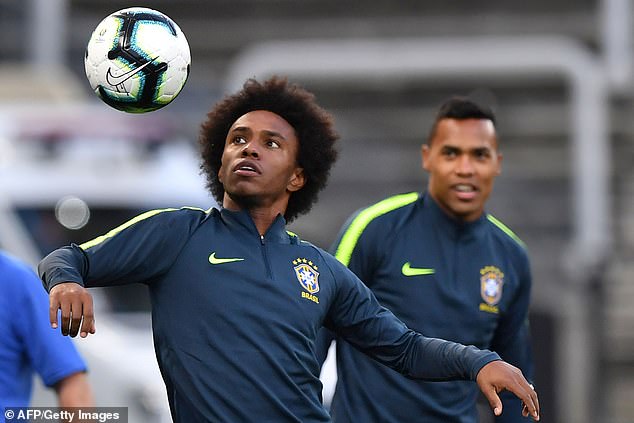 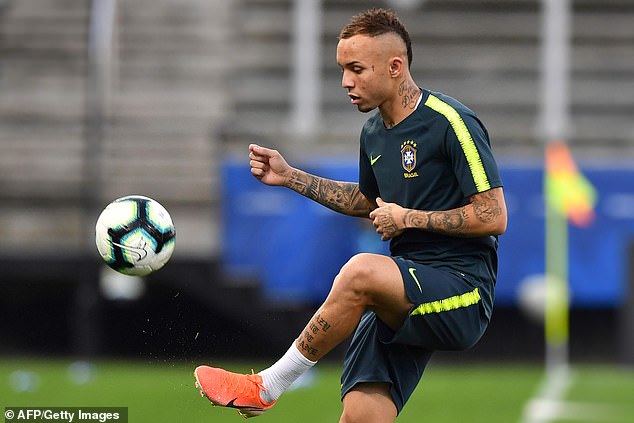 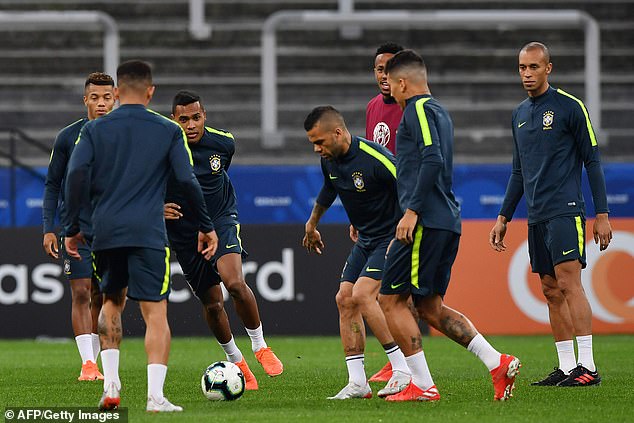