Some of Pete Evans’ devoted followers are convinced the celebrity chef is going to be murdered for sharing his bizarre conspiracy theories.

Fans flocked to Facebook this week to warn the 47-year-old to be careful about airing his controversial views.

It comes after the former My Kitchen Rules judge declared in a trailer for his 60 Minutes interview, which airs this Sunday, that his death won’t be an ‘accident’.

Say what?! Loony Pete Evans fans are convinced he’s going to be MURDERED for sharing conspiracy theories – as the celebrity chef warns his death won’t be an accident

‘I worry for you Pete. You know that they “suicide” people for speaking out so publicly like you are doing,’ one fan wrote.

They added: ‘Don’t get me wrong, I love what you are bringing to the light, I just hope you are safe.’

Pete replied by saying had never been suicidal or had depression, and again reiterated that his death would be make to look like an ‘accident’.

Another fan commented: ‘Glad they got your message loud and clear about if you disappear or something happens. At least the world got to see that!’

Pete replied: ‘Haha – only reason I did it! Just kidding.’

‘I worry for you Pete’: Fans flocked to Facebook this week to warn the 47-year-old to be careful in airing his controversial views

Another fan observed that ‘people do get hit for saying too much’.

They added: ‘But I think your public support will keep you safe and that people will know what has gone down. You be right mate, no two bullets to the back of the head suicide for you. But do keep your wits about you.’

It comes after viewers slammed 60 Minutes this week for interviewing Pete and giving airtime to his dangerous anti-vaccination and conspiracy theories.

Pete has grown increasingly vocal about his disbelief of scientifically-backed medicine and attempts to convince his followers of a link between COVID-19 and the rollout of the 5G technology network.

In spite of the potentially dangerous ramifications of giving Pete a platform, 60 Minutes will air an interview with him on Sunday night. 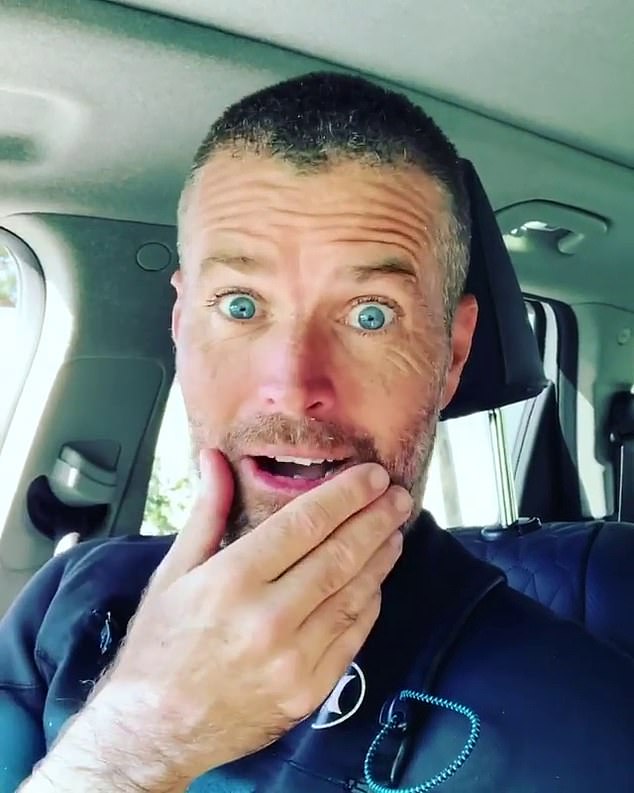 They’re not happy: It comes after viewers slammed 60 Minutes this week for interviewing Pete and giving airtime to his dangerous anti-vaccination and conspiracy theories. The interview will air on Sunday night

In a preview for the segment, Pete admitted to being ‘skeptical… and also suspicious’.

‘If I disappear or have a weird accident, it wasn’t an accident,’ he said.

While the program doesn’t appear to agree with or support his bizarre theories, viewers said they couldn’t ‘see an upside’ to sharing his opinions.

‘This is so irresponsible,’ one person wrote in response to the trailer.

‘How dare 60 Minutes share dangerous, ignorant viewpoints that absolutely will put people’s lives at risk for a few cheap views.’

There are calls for the program to scrap the segment, with some commenters suggesting people could die if they follow Pete’s ‘nonsense’. 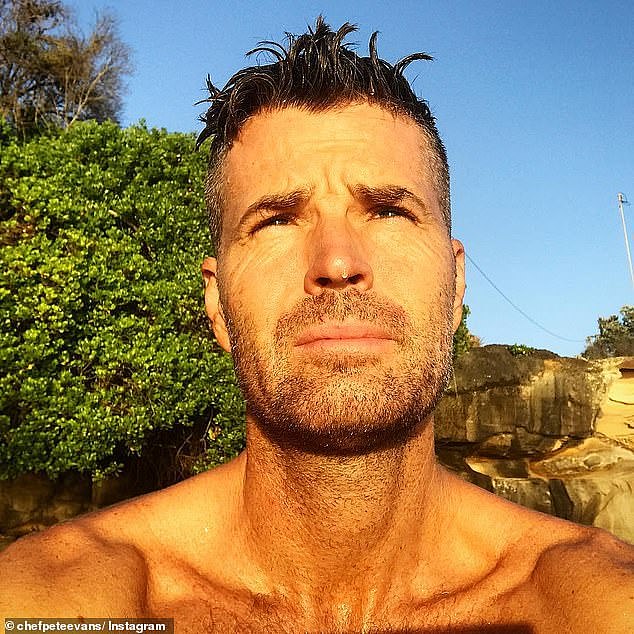 Vocal: The former My Kitchen Rules judge has grown increasingly vocal about his disbelief of scientifically-backed medicine and attempts to convince his followers of a link between COVID-19 and the rollout of the 5G technology network

Pete on Thursday claimed he wasn’t paid for his time, and only agreed to be featured when he learned 60 Minutes reporter Liz Hayes would be interviewing him.

‘I believe her reputation as a journalist is about finding and sharing the truth,’ he said, before adding he ‘didn’t care’ how he was edited in the segment.

He revealed his team had also filmed the interview, which went for hours, and that he would release the ‘unedited’ footage following the segment on Sunday night.

‘I have no idea how they will edit it, nor do I care. I invite you to watch and listen to their version and also what was fully recorded from my team,’ he said.

Mr Floyd died in custody in Minneapolis last Monday after being forcefully restrained by white police officer Derek Chauvin, who has since been charged with second-degree murder. 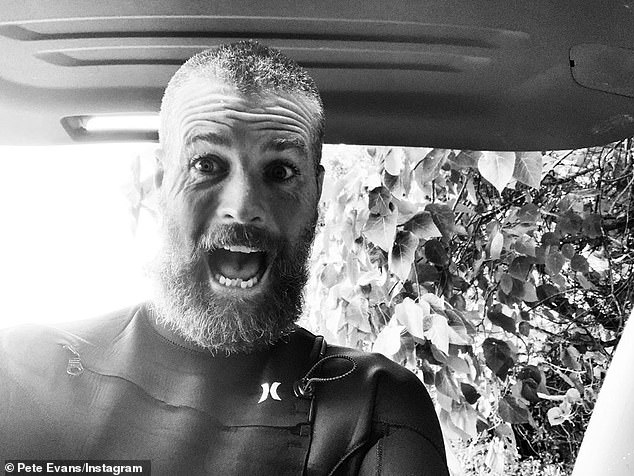 The vision sparked outrage across the world and led to riots, which Pete believes are part of a media conspiracy staged by ‘the elite’ to distract citizens from the coronavirus pandemic.

‘With the wave of a wand the media diverted your attention from a ‘deadly’ pandemic to racial riots, and you didn’t even stop to notice,’ he said in a previous post about the matter.

Meanwhile in the interview, he appeared to justify his beliefs regarding the supposed dangers of vaccinations and medical advice by questioning motives of scientists.

‘Science has been bought by vested interests in so many different fields,’ he said.

Pete has implied on multiple occasions that vaccinations can cause autism and other conditions in children.

Last month, he appeared on The Kyle and Jackie O Show to peddle a disproved theory linking vaccinations with behavioural changes in children. 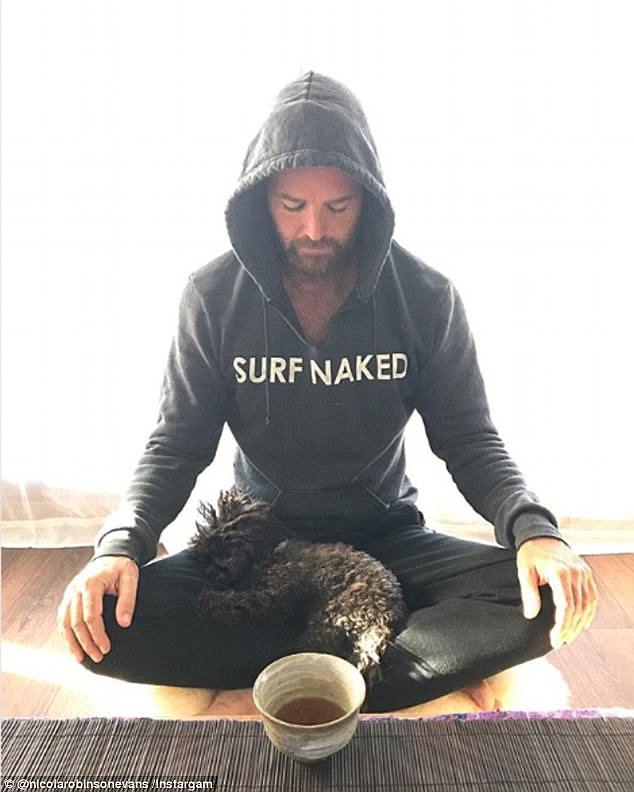 Making headlines: Pete has implied on multiple occasions that vaccinations can cause autism and other conditions in children

Pete, who has no medical training and is seeking to profit from alternative health treatments, said: ‘I’ve met so many mothers and their children and they tell me, “Hey Pete, my boy or girl was a healthy, functioning beautiful child – and they’re still a beautiful child – but something happened when they got a shot one day.”

There is no evidence that vaccines can cause such changes in children.

The chef insists, however, that he is not an ‘anti-vaxxer’ but ‘pro-choice’.

Pete’s contract with Channel Seven was torn up earlier this year, and his increasingly erratic posts have sparked concerns from a leading medical practitioner.

Dr Harry Nespolon, the president of the Royal Australian College of General Practitioners, said last month he feared Evans was ‘in trouble’ and advised him to book an appointment with his GP.

The chef insisted he was perfectly fine, physically and mentally, all the while urging his followers to ‘join the dots’ and hinting as a global conspiracy.

‘We are waking up, and the elite are afraid,’ he recently said.