Loose Women debate whether miscarriage leave should be mandatory

Should miscarriage leave become mandatory? Loose Women panel call for women AND men to be given paid time off after losing a baby

The Loose Women panel has debated whether paid miscarriage leave should be mandatory for businesses – sparking social media users to share their own heartbreaking stories.

Coleen Nolan was joined by Nadia Sawalha, Saira Khan, and Gloria Hunniford to discuss New Zealand’s idea of introducing three days paid leave for women and their partners in the event of a miscarriage.

British actress Nadia, 54, who has had four miscarriages, opened up about her first loss at 38, and explained how going straight back to work was her ‘medicine’.

Businesswoman Saira, 49, also explained how, after being successful with IVF the first time, she was saddened to discover she had suffered a miscarriage on the second try.

The discussion prompted viewers to share their experiences, with one revealing her husband was told to take annual leave when he needed time off to grieve.

Karen from London, wrote: ‘After my miscarriage, hubby and I were both devastated. At the time we worked together, and our employer granted me as much time as I needed.

‘But my hubby returned to work to find a “holiday form” on his desk. I think the father needs time to adjust too.’

‘Having had one, I definitely think it would be a good idea to be offered it,’ another said. ‘But whether or not someone takes it should be their own choice.

‘Physically it didn’t take me long to recover from my miscarriage but mentally, I’m four months on and nowhere near over it.’

‘Most definitely!’ a third insisted. ‘I worked in a nursery when I had my miscarriage and I had to cover in the baby room. I was heartbroken. 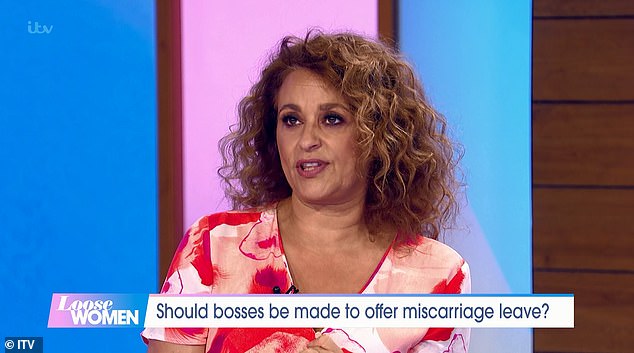 British actress Nadia (pictured), 54, who has four miscarriages, opened up about her first loss at 38, and explained how going straight back to work was her ‘medicine’ 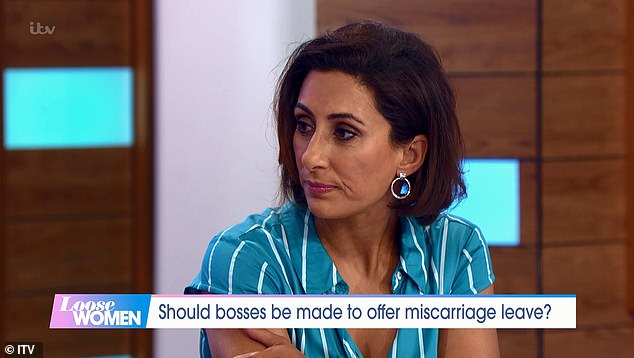 Businesswoman Saira (pictured), 49, also explained how after being successful with IVF the first time, she was saddened to discover she had suffered a miscarriage on the second

‘Being around children and having to be upbeat all day was so difficult and I felt forced to get my head around it.’

Another grieving social media user said: ‘I was 17 when I had a miscarriage and I didn’t ever have one person ask if I was okay or support me because I was so young. I haven’t ever really got over.’

Speaking on the show, Nadia recalled: ‘I was 38 when I had my first miscarriage. When I saw the positive pregnancy test… from that second, to me it was a baby.

‘Right from that minute I was beyond joyful. Then when I lost it I was absolutely devastated.’ 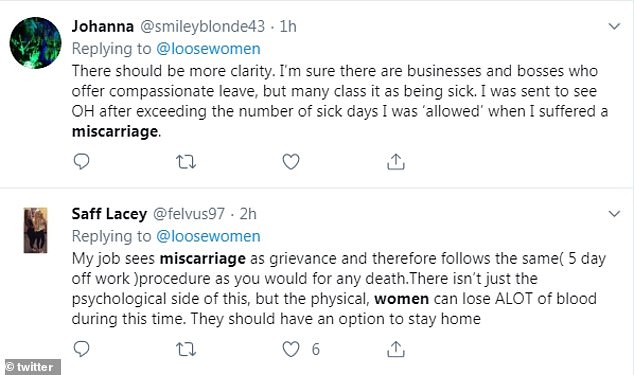 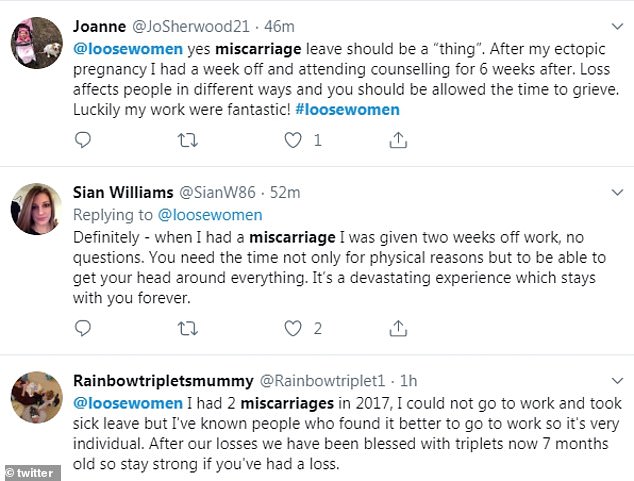 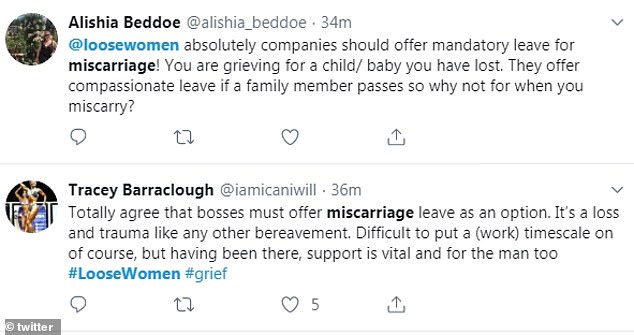 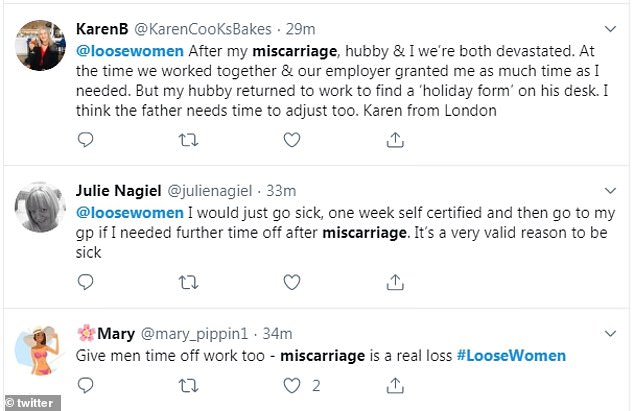 The mother-of-two added, however: ‘With all my miscarriages, I’ve always gone straight back to work. Because work is my medicine and that is right for me.’

Saira said that after a successful IVF process, she was actually excited during her second one, having been too worried during the first.

The mother-of-two said: ‘I was actually quite excited. But the day before getting my pregnancy test, there was blood everywhere.

‘The day that happened I picked up the phone to social services and said hello I’d like to adopt.’

Loose Women conducted their own pole online over the question and 96 per cent of those who voted said that miscarriage leave should be mandatory.