Loose Women’s Brenda Edwards claimed critical remarks made by Simon Cowell when she appeared on the X Factor helped her lose weight.

The singer, 57, who has performed on the West End, told how a comment made by Cowell, 59, during her 2005 audition for the show spurred her into shedding the pounds.

Speaking on the ITV show this morning, she added that ‘while she’s not one for fat shaming’ it ‘did kind of work’ for her, revealing she has lost 4st since the series was broadcast. 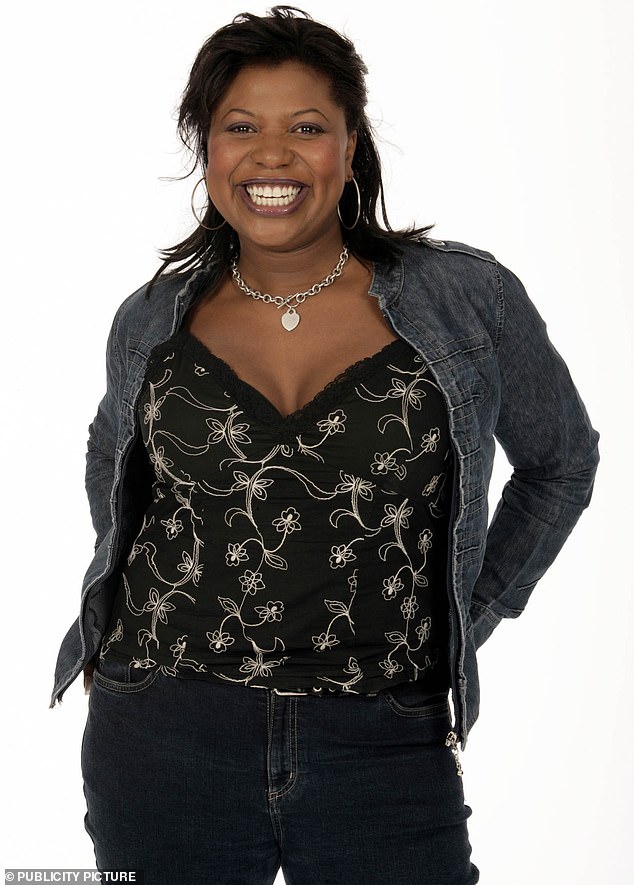 The singer, 57, told how a comment made by Cowell, 59, during her 2005 audition for the show spurred her into shedding the pounds. Pictured, Brenda Edwards during the X Factor

Viewers quickly took to Twitter to share their views, with some agreeing that fat-shaming can be a valid way of encouraging weight-loss while others felt that it’s ‘abusive’ to comment on someone else’s appearance, regardless of your intentions.

Recalling the comment by Cowell, Edwards said: ‘I was in front of the judges. I didn’t have audition clothes to wear.

‘Because I wasn’t actually thinking I was going to have an audition, I got in front of the judges and lovely Simon said, “What have you come as?”‘

She continued: ‘For me as much as he didn’t use the word “fat” but that’s what I took as an interpretation, I went home I was quite down and depressed.’

Twitter users were quick to share their views, and had very mixed opinion on whether fat-shaming is helpful in motivating weight-loss

Edwards added the moment drove her to pay more attention to her eating and exercise habits.

‘I got through and I got on the show and one week he said I was like Shirley Valentine because I’d transformed,’ she continued.

‘I took the positive out of what I felt was initially the negative when I went on the show because they say television puts 10lb on you.’

She continued: ‘I was 4st heavier when I did the show and I made a conscious decision to go in the gym and do a little bit of a work out and again I try to think abut what I was eating.’ 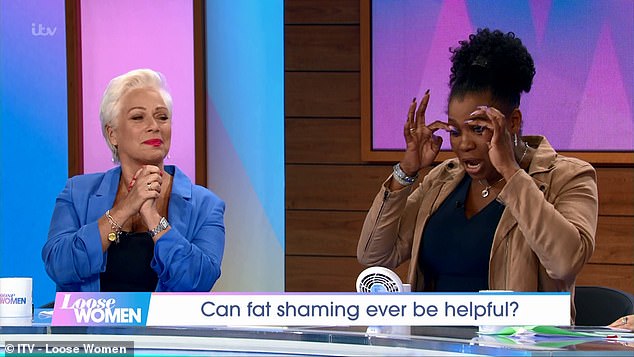 She told co-host Denise Welsh that although she ‘wasn’t happy’ about the comment, it motivated her to lose weight

Co-presenter Denise Welch, 61, noted Edwards ‘wasn’t specifically fat shamed’ but that it was ‘her perception’. ‘In your case did it work?,’ Welch asked.

Brenda responded: ”It did work, I wasn’t happy about being told “what have you come as” because I was literally just there to sing I didn’t think anything of it.’

On the show, Brenda watched back a video of her exercising that was shown on the X Factor. 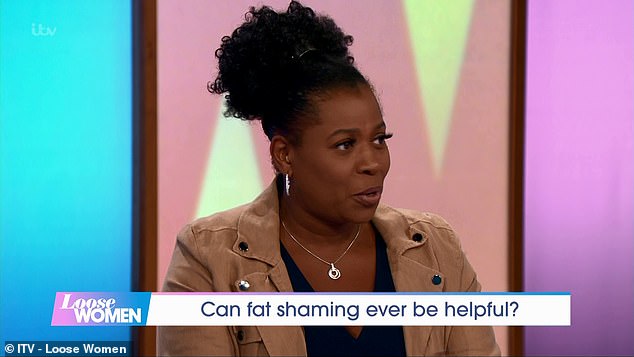