The Loose Women presenters were given a spook-tacular makeover on Tuesday.

Viewers were stunned as the ITV panellists emerged onto the chat show’s set in a colourful array of costumes – ranging from the glamorous to the downright terrifying.

Spooky: Nadia Sawalha and the rest of the Loose Women were given a Halloween makeover on Tuesday for a special edition of the show 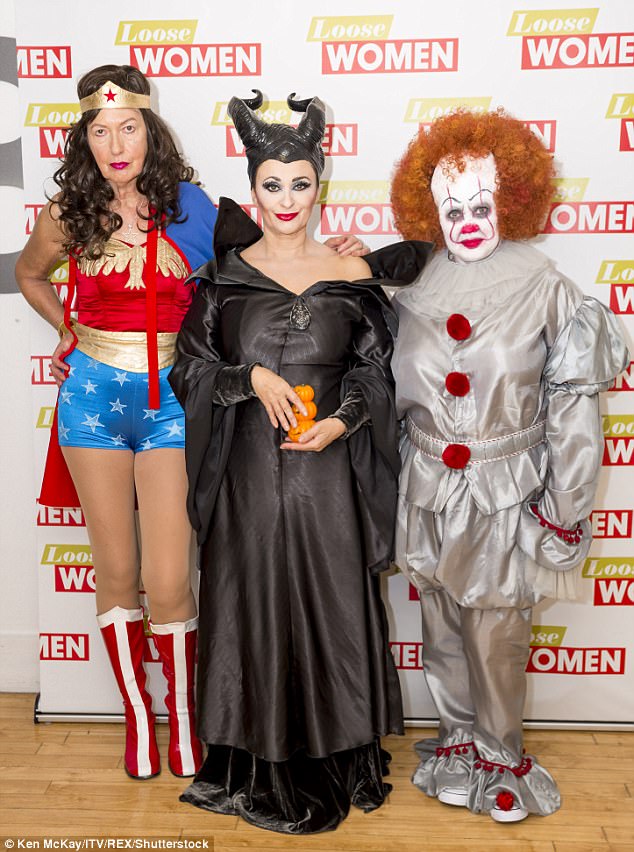 The star channelled her inner Angelina Jolie in her all-black ensemble, complete with heavy eye-make-up and a bright pink lip.

Nadia teased of her sinister stepmother costume: ‘They chose this because I have a figure very similar to Angelina […] and of course the bone structure….’

The veteran journalist was showcasing her slim figure in the iconic attire, making the most of her legs. 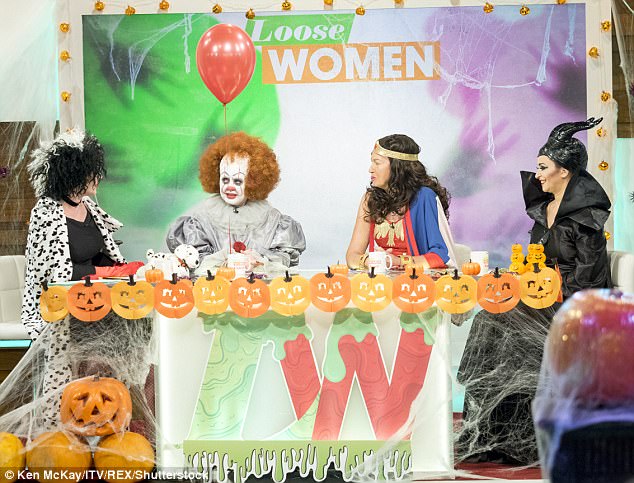 Eerie: The ITV show got a spooky makeover to mark October 31st 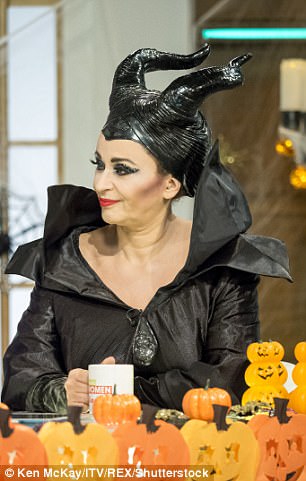 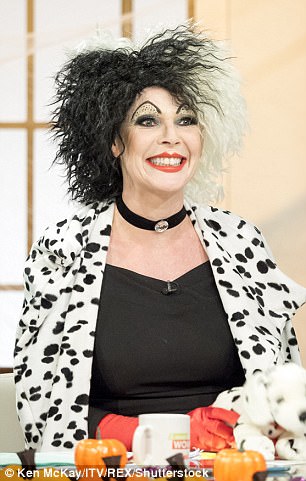 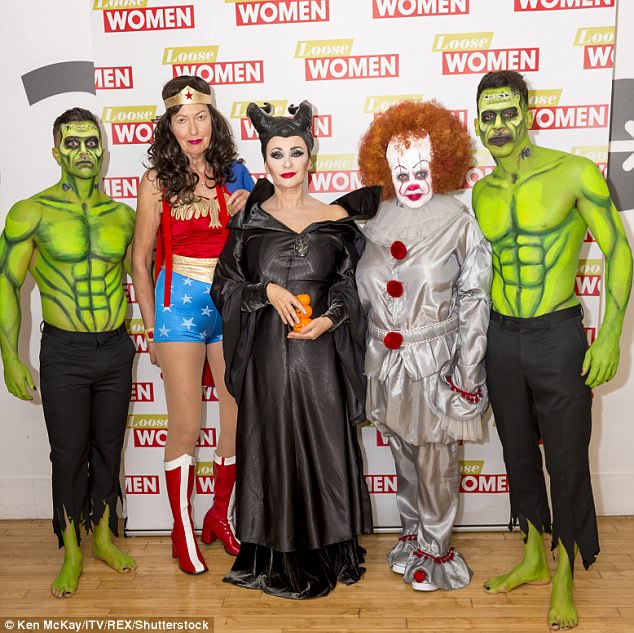 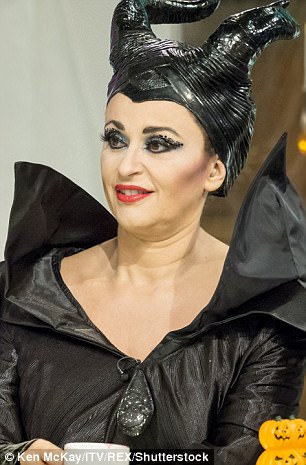 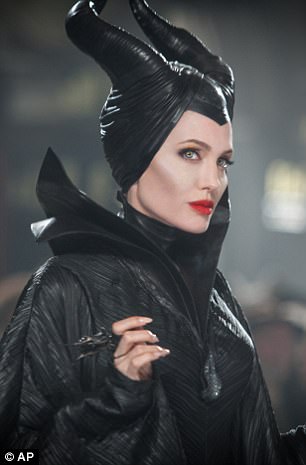 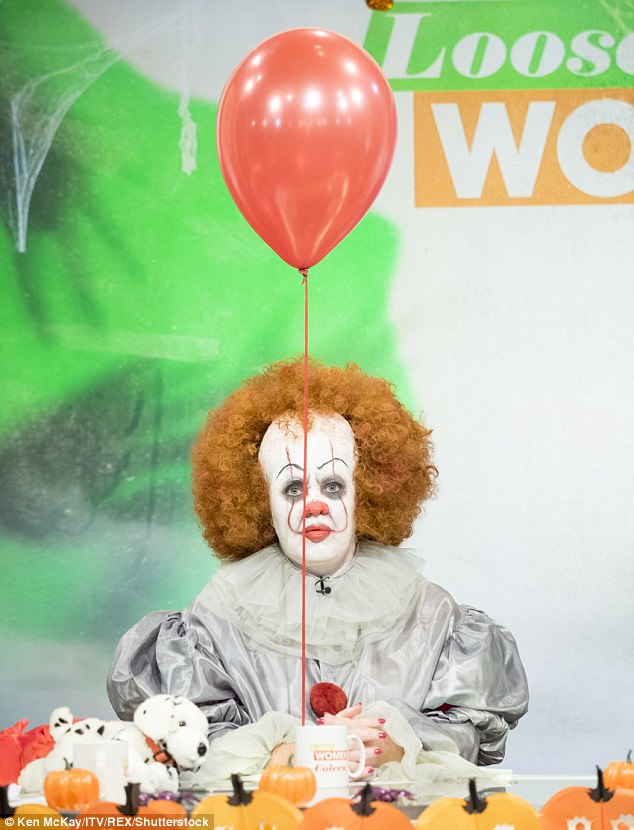 Total transformation: Coleen Nolan was totally unrecognisable as Pennywise from IT 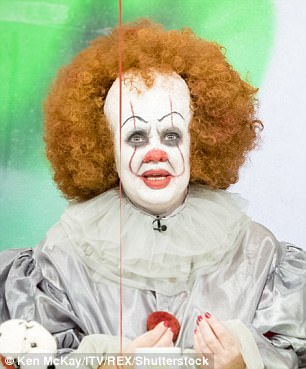 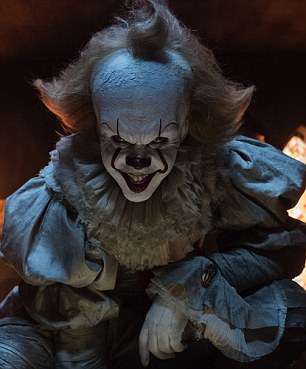 Clowning around: Coleen took inspiration from Bill Skarsgard’s character as Pennywise The Clown in the 2017 movie adaptation of IT

Asked why she wanted to play the superhero she replied: ‘It’s the only costume I’m happy in.’

She added: ‘I like wearing fancy dress, as long as I look really good in the fancy dress.’

Coleen Nolan, on the other hand, went for full-on horror, donning a Pennywise the clown costume from IT. 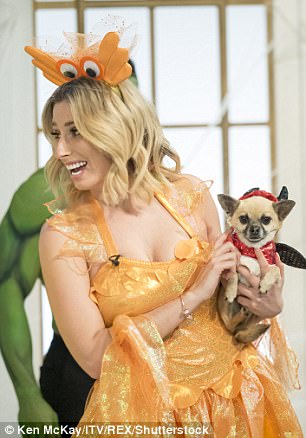 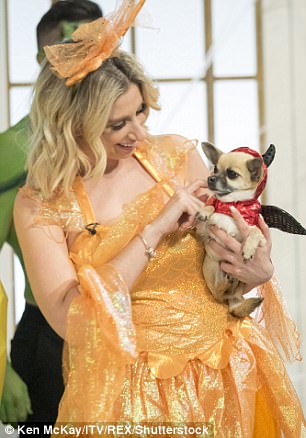 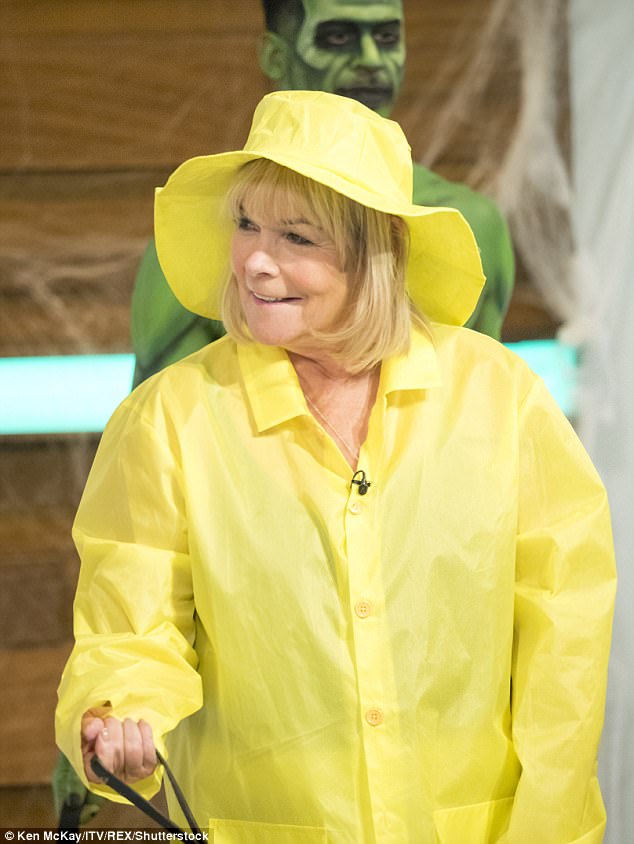 Under the weather? Linda Robson arrived as a fisherwoman 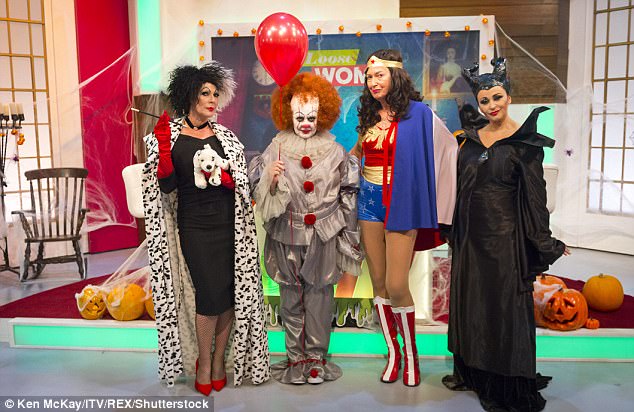 ‘Prosthetics everywhere! I’ve got a head full of cotton wool and papier-mache. I just need to learn to say no…’, she joked. 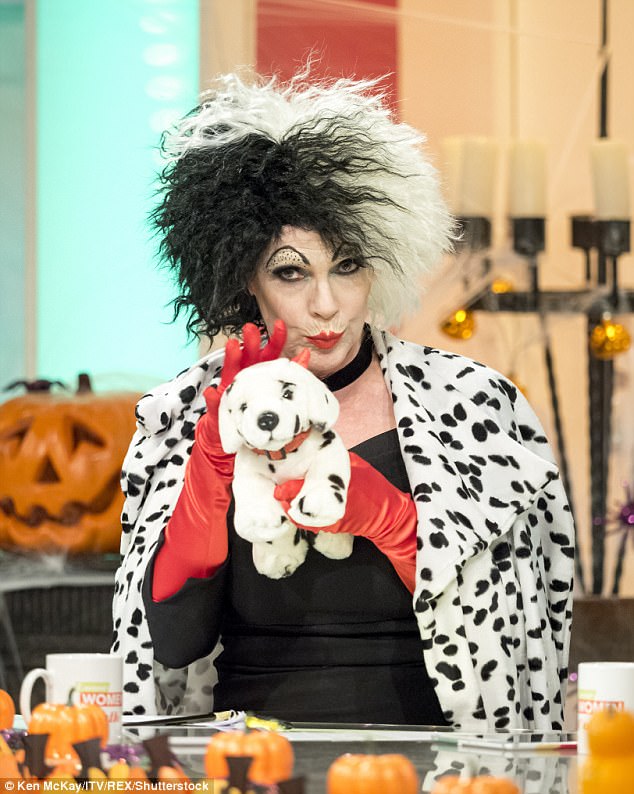 Canine companion: Ruth brought a toy dalmatian along with her 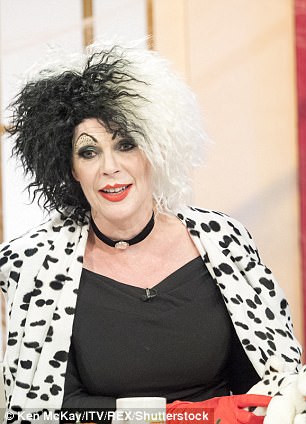 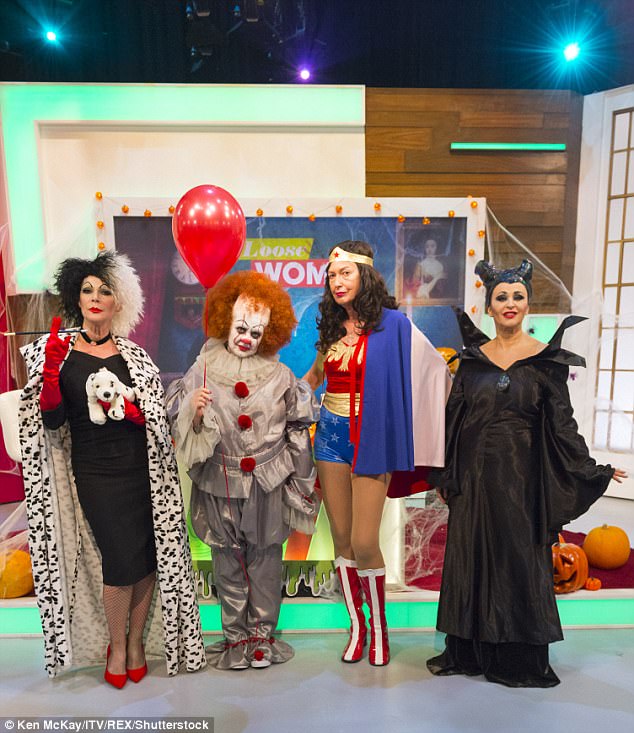 Strike a pose: The Loose Women ladies were in their element as they struck a pose

Meanwhile, Linda Robson arrived as a fisherwoman and Stacey Solomon dropped in wearing this year’s ‘must-have’ costume – a sexy goldfish.

Giving Ruth some Strictly advice she said: ‘I think Strictly is absolutely incredible this year and the cast is amazing. You’re doing so well [Ruth]. 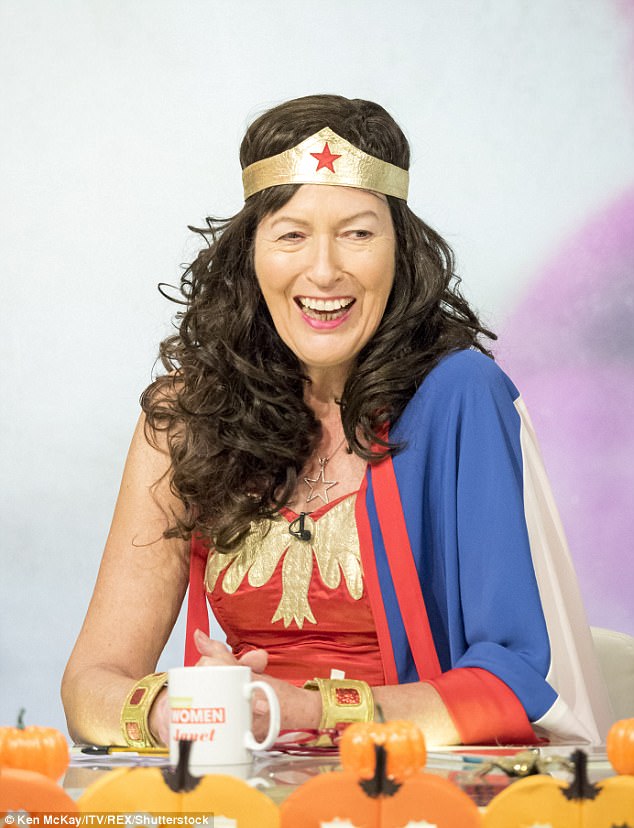 Impossibly youthful: Janet was looking radiant during her appearance on the show 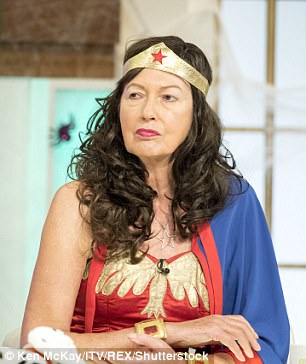 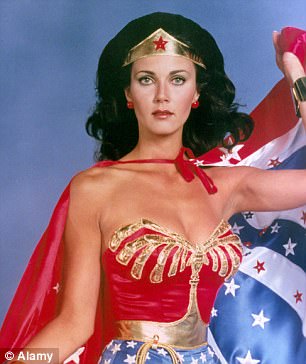 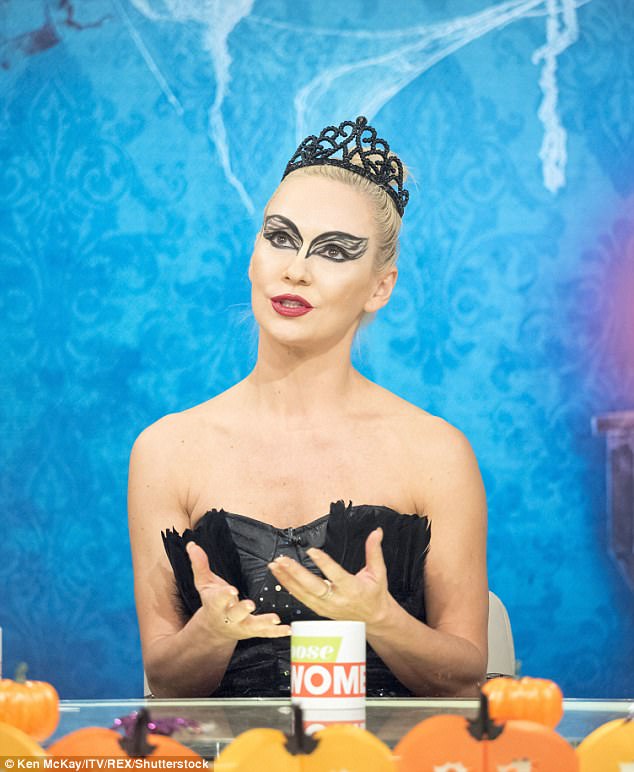 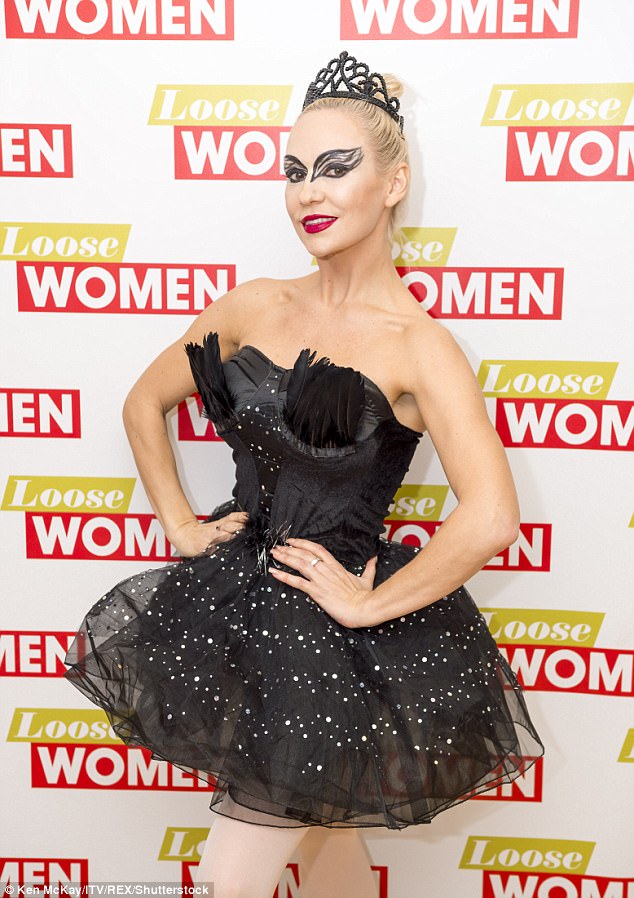 ‘You’re a busy woman and I admire you for what you have done so far. Anton [Du Beke] is amazing – you couldn’t have a better partner.’

On her partner Ben Cohen’s recent illness, Kristina said: ‘He is better. This summer he had glandular fever and also the infection spread out so badly, he had pericarditis, which is basically affecting his heart and brain. He was rushed into the hospital; it was quite a full on experience.’

She added: ‘It was literally three days into it he basically couldn’t do anything, he couldn’t move, grey colour and had to be rushed to the hospital. He’s much better.

Later, Janet got an unwelcome surprise as Linda and Stacey tried trick or treating at her dressing room. 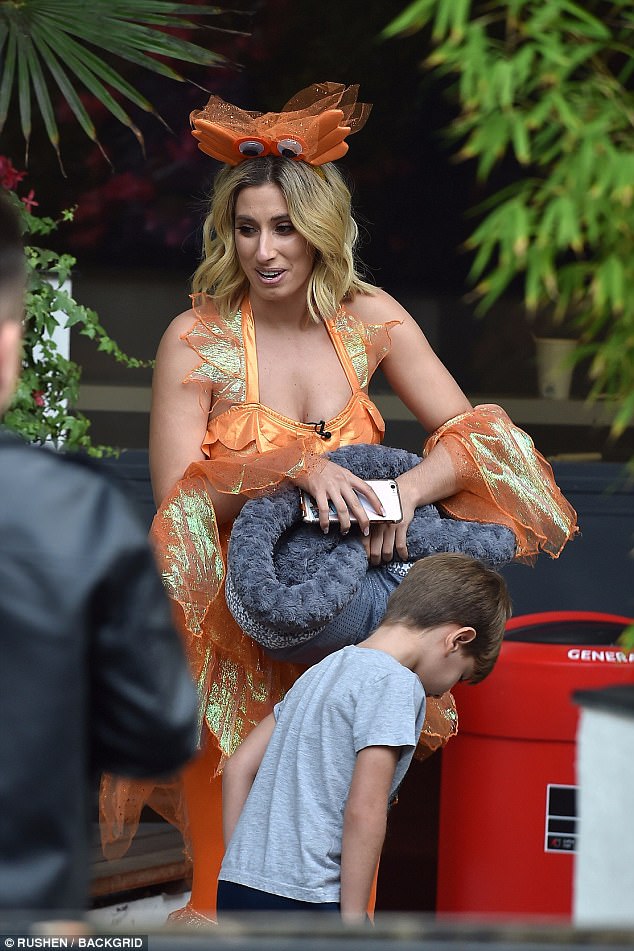 Heading off home: Stacey was still in her costume as she left the TV studios

Glamorous: Earlier in the day, she had arrived in bead embellished tights 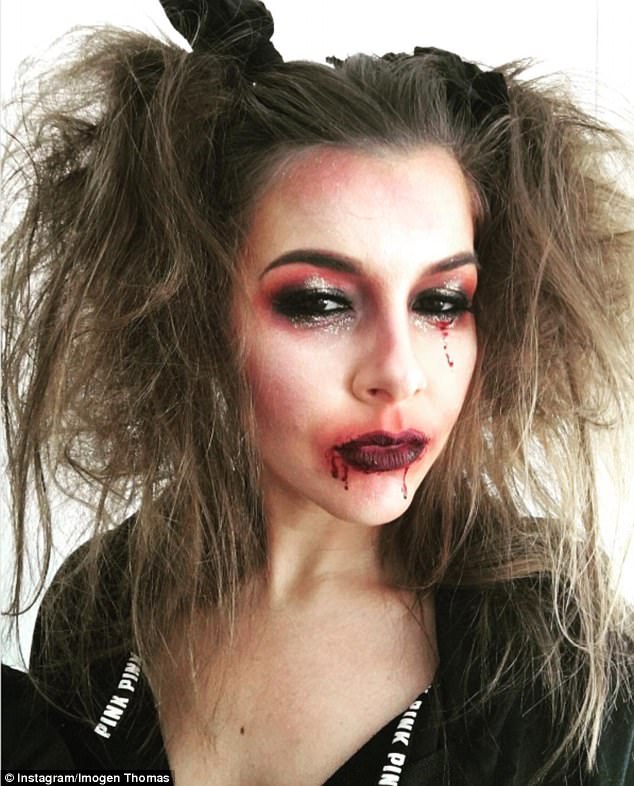 Joining in on the fun: Imogen Thomas took to social media to share her Halloween snaps 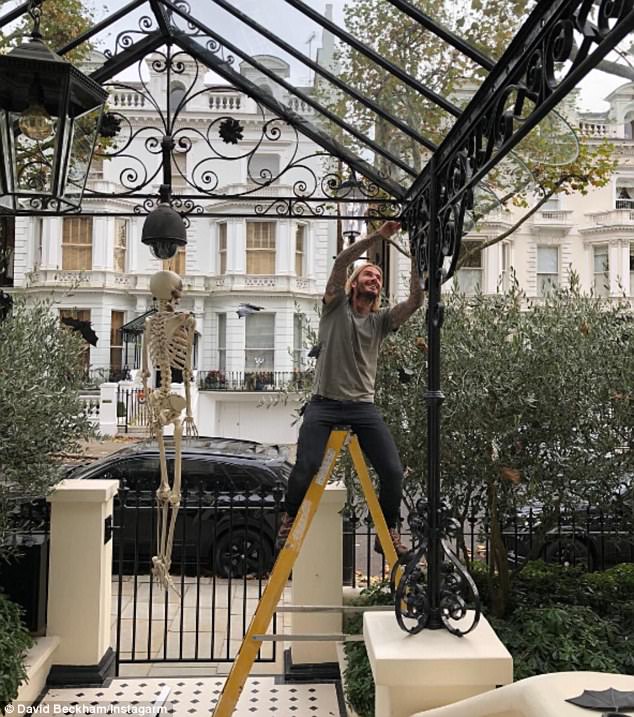 Pimping out his pad: David Beckham was on DIY duties as he prepped his house for the festivities