Lord ASHCROFT and ISABEL OAKESHOTT: Our heroes’ new enemy? The lawyers on a mission to sue them

Donors who gave blood to the NHS might have been surprised to find out their good deed could have been saving the Taliban.

During the Afghanistan war, large volumes of blood collected here were sent to the field hospital in Helmand province, where it was used to treat both our own soldiers and the men trying to kill them.

Silent fury: A Royal Marines veteran protests at the jailing of Sgt Alexander Blackman for killing an Afghan insurgent. He was freed last year

British surgeons at Camp Bastion went to extraordinary lengths to save wounded enemy fighters — and rightly so.

It was their duty under the Geneva Convention but also the moral thing to do, even if it meant patching up injured Afghan insurgents and enabling them to return to their deadly activities planting more roadside bombs.

Army doctors and medics accepted their humanitarian obligations, approaching each patient as a medical challenge rather than an individual who might be on the wrong side of the war.

Nonetheless, they were acutely aware that the enemy did not share the same standards.

‘I bet you a million they don’t give our boys that sort of treatment,’ one said.

Ask members of the Armed Forces what they think of this state of affairs and a few will roll their eyes and complain that it is topsy-turvy.

When resources are limited, should they be squandered on enemy fighters at the expense of British or Allied patients?

The majority, though, disagree.

From the earliest days of their training, new recruits are taught to take pride in the way they treat the enemy.

They willingly embrace the highest standards of battlefield behaviour.

But these servicemen and women behave in this exemplary way for another reason too — because, if they don’t, they might face legal repercussions.

Today, warfare is increasingly accompanied by ‘lawfare’, as individuals at all levels within the military seek to avoid being sued.

It began in Iraq, where, encouraged by unscrupulous British lawyers, hundreds of Iraqis lined up to seek compensation for alleged abuse and torture during the conflict. 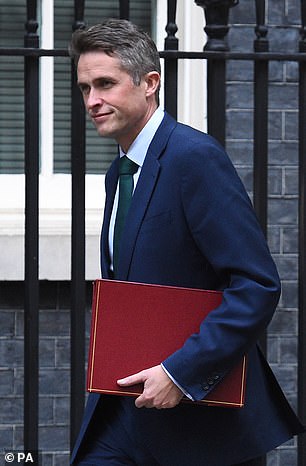 Many in the Armed Forces feel the British Government has done very little to protect them from this corrosive new environment.

They are particularly bewildered and resentful that British troops are far more exposed to the threat of legal action than their European and U.S. counterparts.

They can’t help wondering why they are especially liable to be sued and pursued.

Defence Secretary Gavin Williamson is determined to act, but is grappling with officials and lawyers who wring their hands and say it’s all too difficult.

He will not back down, and hopes to announce a solution soon.

He deplores the judicialisation of warfare and the way it affects our troops. In Afghanistan, the new ‘tick-box’ culture in the Armed Forces, designed to minimise legal risk, had a profound effect on military operations.

Captain Johnny Mercer, now a Conservative MP, recalls how young field commanders and soldiers were paralysed by the almost constant over-watch and second guessing of their actions.

‘In close contact with the enemy, this could prove fatal.’

The concept, he acknowledged, was good: soldiers always asking themselves ‘should I, could I, must I engage the target?’ with the emphasis on the last one.

‘This, however, is a very easy process while sat in HQ watching the action unfold on TV. It is a great deal harder when it’s you involved in mortal combat.’

Many voters will wholeheartedly approve of such a cautious approach by our soldiers.

The concern is how it would play out in a bigger, more desperate battle. If the law loomed too heavily over the campaign in Afghanistan, how much worse would it be in a war of national survival?

Adapted from White Flag? An Examination Of The UK’s Defence Capability, by Michael Ashcroft & Isabel Oakeshott, published by Biteback Publishing on October 2 at £20. © MAA Publishing Ltd 2018

Unlike any other branch of our military, Special Forces such as the SAS have few complaints about resources.

They are able to short-circuit the onerous standard Ministry of Defence procurement process and buy what they need to facilitate operations, from small arms to weapon-sights and light radios.

Generally, defence chiefs ensure they get what they need. 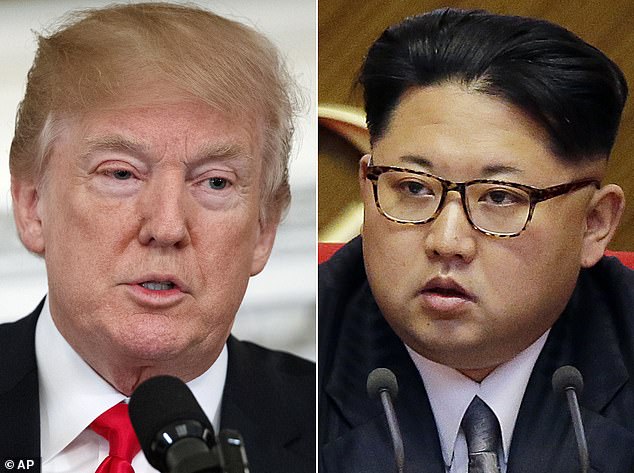 As a result, private jets are sometimes used to transport their ammunition when no RAF aircraft are available.

A former Special Forces officer revealed that this happens for selection exercises, which take place in Brunei.

That means flying out 100-plus people for six weeks and ‘sometimes the RAF simply don’t have the capacity and Special Forces have to charter a civilian jet’.

The bill for such flights can run to half a million pounds, because of the nature of the cargo.

‘You need a lot of ammunition, which means a special aircraft in case there is a fire, and very expensive insurance. Plus, you have to give the pilots danger money. It all adds up.’

There is, however, no culture of casual extravagance.

The source stressed that the hiring of private jets was always a last resort and efforts are always made to secure the most competitive quote.

To those in parts of the Armed Forces with overstretched budgets, this special treatment may provoke envy.

Such is the sensitivity of Special Forces operations, however, that there would be no mercy for politicians or military leaders who penny-pinched at their expense.

After all, these men epitomise all that the British military does best.

Which is why this year, as the bitter diplomatic row blew up between Kim Jong-un and President Trump over Kim’s missile tests, they were drawing up contingency plans to go to North Korea.

Had the mutual chest-beating and trading of insults between the two leaders ended in military action, the plan was for UK Special Forces supported by Royal Marines to team up with U.S. Navy SEALs in an operation to neutralise dozens of North Korean weapons sites.

‘The Americans didn’t fancy it, so we were going to take the lead,’ according to a well-placed Special Forces source.

In a sign of how seriously the MoD took this possibility, Defence Secretary Gavin Williamson ordered a stockpile of anthrax vaccines for troops that could be sent to the Korean peninsula.