Lord Falconer: my diet left me addicted to diet coke

A Labour peer has revealed that his struct weight loss regime of apples and Diet Coke left him addicted to the fizzy drink – guzzling up to 15 cans a day.

Charlie Falconer, 66, shed nearly a third of his body weight after adopting the drastic crash diet, going from 16 stone in 2012 to just over 11 stone two years later.

Lord Falconer, who was Lord Chancellor under Tony Blair, said he decided to embark on the strict eating regime after deciding he was ‘just so fat’.

But he revealed that it has left him ‘completely addicted’ to Diet Coke and drinking vast quantities of the caffeinated drink.

He has became so hooked on the drink that his cravings kicked in as soon a she got up and brushed his teeth in the morning.

Charlie Falconer, 66, (pictured in June 2007) shed nearly a third of his body weight after adopting the drastic crash diet, going from 16 stone in 2012 to just over 11 stone two years later.

In an interview with BBC Radio 4, he said: ‘I think I would drink maybe 15 Diet Cokes a day. It is a sort of prop, other people might use cigarettes or alcohol, I use Diet Coke.

Lord Falconer said that during his diet he would regularly skip meals and just binge on the fizzy drink and apples, while eating a proper meal only in the evenings.

He said: ‘My body is so conditioned that once that taste of toothpaste is in my mouth I immediately want a Diet Coke.’

The ex cabinet minister said there is ‘nothing more pleasurable’ than cracking open a can and hearing the fizz – and said he shuns bottles of the stuff as they do not have the same thrill. 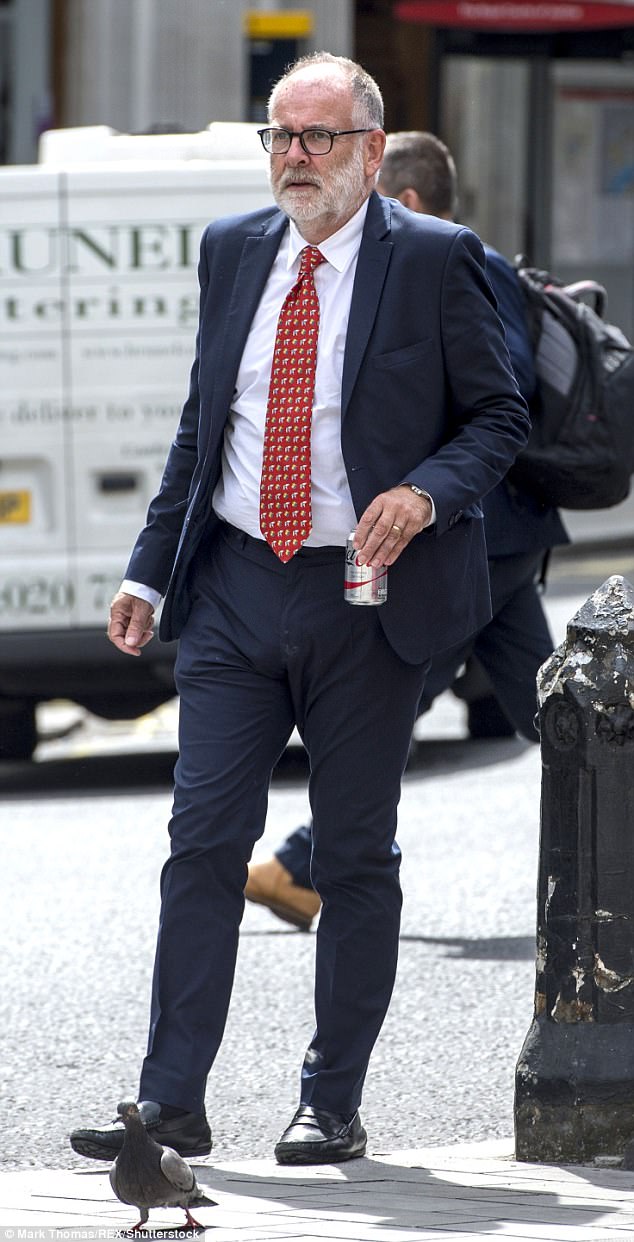 He added: ‘I occasionally have a mint tea, but that doesn’t compare to the pleasure of Diet Coke.’

The Labour peer has seen his figure transform since the drastic weight loss programme.

The NHS advises that those who want to lose weight should adopt a healthy diet of food and drink which includes plenty of vegetables, and exercise regularly.

Lord Falconer was made Lord Chancellor in 2003 and served in the Cabinet until Gordon Brown became leader of the party in June 2007.